As India moves towards deployment of 500 GW of non-fossil fuel power by 2030, deploying adequate transmission infrastructure is becoming a critical part of the journey. Historically, large solar and wind power projects have fac­ed delays due to inadequate transmission and power evacuation systems. Tra­nsmis­sion projects have longer gestation periods than renewable power projects. Further, large renewable power projects have been allocated mostly in regions with ample available land and good re­sour­ces but sparse populations, located far from major load centres. Thus, a massive transmission expansion is required to bring online the thousands of MWs of re­newable installations coming up in remote locations in the country. The co­untry’s transmission infrastructure has grown rapidly over the past few years, with 453,141 ckt. km of transmission lines and 1,059,762 MVA of substation capacity completed as of January 2022. Further, 11,320 ckt. km of transmission lines and 63,794 MVA of substation ca­pa­city have been completed in 2021-22. Va­rious technology developments are also taking place in the transmission spa­ce in­cluding high voltage direct current (HVDC) systems and increasing uptake of digital tools.

This article focuses on the important components of transmission infrastructure, as well as emerging technologies in this segment…

In India, utilities prefer self-suppor­ting and lightweight lattice transmission line towers. While installation of lattice gu­y­ed V transmission towers is quite cost-eff­ec­ti­ve, they may require a larger area. Mono­pole structures are also being widely used now, as they take less time to ere­ct owing to fewer components.

Other tower types include multicircuit towers and emergency restoration systems (ERSs). Multicircuit towers, as the na­me suggests, can carry three, four or even six circuits, thus transferring more power over a particular distance. Mean­while, ERS towers are lightweight, modular, and reusable systems that can quickly bypass permanent transmission towers to act as temporary support after a fault or collapse of the transmission tower. In certain cases, compact delta configuration to­wers with electrical conductors in an equilateral triangle, and small and light-weight chainette towers consisting of two small masses supported by guy wires and hanging insulators are also used.

In the conductor space, advanced solutions such as superconducting transmission lines (SCTLs), gas-insulated lines (GILs) and high temperature low sag (HTLS) lines are slowly gaining traction. SCTLs are non-resistive and compact, and can transmit bulk power at low voltage. GILs, as the name suggests, use gas in­st­e­ad of air as the insulating medium to re­d­uce electrical clearance. HTLS conductors have high temperature resistance and gr­eater ampacity than conventional aluminium conductor steel reinforced and all-aluminium alloy conductors, and as a re­sult, can withstand much higher temperatures.

Meanwhile, underground cables and e-beam cables are becoming popular in the cable space. Other solutions include the use of high surge impedance loading (HSIL) lines and cross-linked polyethylene (XLPE) cables. HSIL lines help increase the power transfer capability by limiting the voltage drop. Meanwhile, XLPE cables are deployed underground in places where overhead construction is not suitable.

In the substation space, there has been a significant growth in the deployment of gas-insulated substations (GIS) and hy­brid substations in place of conventional air-insulated substations. GIS are indoor type, with the equipment being placed in­side modules filled with sulphur hexafluoride gas, which acts as the insulating me­dium. They require substantially less spa­ce, have lower maintenance costs and a lower outage rate, and their high cost is compensated by savings on land costs. Meanwhile, hybrid switchgear is a combination of AIS and GIS technologies and is compact, with the AIS functionality integrated in a gas-insulated enclosure. Such a hybrid system helps in achieving a balance between the land cost and the facility cost. Vacuum switchgear, initially used in medium voltage applications where the arc quenching takes place in a vacuum, is now being used for high voltage applications as well due to their compact size and higher reliability.

Like all other aspects of the power sector, digitalisation is increasingly being adopted in switchgear as well for im­pro­ved perform­ance monitoring, diagnostics and fault re­­cti­fication. Advanced digital tools help ca­rry out remote real-time mo­nitoring of as­s­ets and the data collec­ted can help in an­alysis to prevent faults and reduce downtime.

One of the most critical technology ad­van­cements of recent years is the focus on HVDC, which helps transmit electricity over long distances with about 50 per cent less losses than high voltage AC. In addition, digital switchgear and substations with sensors and intelligent electronic devices that help identify, prevent and rectify faults are gaining traction.

Digital tools are not only employed in substations. These days, advanced drones are being used for the inspection and co­ns­truction of transmission lines, while artificial intelligence-enabled software is being deployed for operations and maintenance. Utilities are now increasingly us­ing digital asset management tools with advanced monitoring and analysis software to improve efficiency.

India’s renewable energy ambition relies on timely creation of adequate transmission infrastructure to transport this power from large-scale wind and solar parks, for which intra- and interstate transmission system (ISTS) capacity needs to be ramped up. This, however, is a mammoth task involving many stakeholders, and will take a few years to achieve. The complications in creating large transmission as­s­ets for renewable power transport have long been a cause for concern, leading to postponement of bids and deferment of project commissioning. In many cases, developers must wait a long time for clearances and approvals from different agencies, further complicating matters.

The government, on its part, has been trying to resolve some of these issues and has recently launched the second phase of the Green Energy Corridors pro­­­ject to expedite the evacuation of 20 GW of re­ne­wable energy from seven sta­tes across the country. Further, in Oc­to­ber 2021, the Ministry of Power introduc­ed general network access (GNA) un­der the Electricity (Transmission Sys­tem Plann­ing, Develop­ment and Reco­ve­ry of Inter-State Trans­mis­sion Charges) Rules, 2021, to give power sector constituents easier access to the transmission network ac­ross the country. GNA is non-discriminatory acc­ess to the ISTS provided to a designated interstate customer and granted by the central transmission utility for a maximum injection or drawal for a specific period. These steps will surely help resolve certain issues in the transmission space and further the country’s renewable energy agenda. 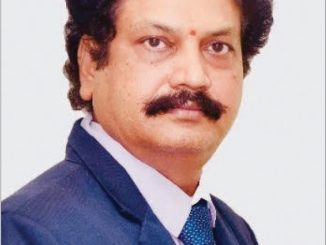 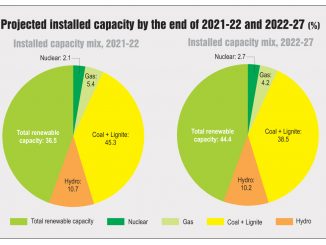 April 17, 2018
The Government of India has made a commitment to achieve 40 per cent of the cumulative installed electricity capacity from non-fossil fuel-based energ...
More 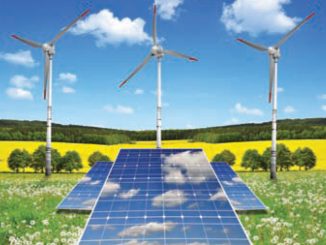