The renewable energy space has witnessed various policy and market developments in 2021, which have created many opportunities for developers and manufacturers alike. For a company such as Tata Power, which is present in both renewable energy project development as well as manufacturing, this is indeed an exciting time to expand its market share. In an interview with Renewable Watch, Ashish Khanna, president, Renewables, Tata Power, talks about the key highlights of the renewable energy sector over the past year, the company’s strategy to cope with the changing regulatory environment and its future plans…

What have been the key positives and negatives in India’s renewable energy space over the past year?

In the past few years, the Indian renewable energy industry has progressed tremendously. From January 2021 till September 2021, approximately 8,811 MW solar capacity and 1,246 MW of wind capacity was added in India. This is about 280 per cent and 101 per cent higher compared to the same period the previous year, respectively. A lot of prominent projects have been com­missi­on­ed and this has helped in maintaining the gr­owth momentum for the industry with a promise of further growth. The government has been instrumental in giving the much-needed push to the sector. The need is to focus on buil­ding and strengthening the domestic solar eco­system and the technology front. As a business model, giving subsidy is no­thing more than just driving traction in the initial period. The fo­cus has to be on investment in technology, whi­ch is pertinent for rooftop solar.

What have been the key achievements for Tata Power Renewables over the past on year?

With a legacy of over 32 years, Tata Power Solar is a strong believer of endorsing solar energy in the country. The company has recently announ­ced a significant expansion of its state-of-the-art manufacturing facility in Bengaluru, taking the total production capacity of solar cells and modules to 1,100 MW. Tata Power Solar is the go-to pre­mier name in engineering, procurement and construction (EPC) for large utility-scale and roof­top projects. Empowering the lives of millions, Tata Power Solar has commissioned many prestigious projects that stand proud as a be­nchmark in the industry. One such project is the 300 MWp DC in the Pavagada Solar Park, Kar­­na­taka, for the SoftBank Group. The solar park has provided Tata Power Solar a unique op­portunity to enhance its generation. Another re­mar­kable project is the 100 MW plant under domestic content requirement (DCR) for NTPC in An­antapur, An­dhra Pra­desh. Besides the aforementioned projects, Tata Power Solar has had a successful run in executing many large projects such as a 105 MWp floating solar project in Kaya­mkulam, Ke­rala; the 95 MW Dhuruvan project in Gujarat; a 50 MW project in Kasaragod, Ke­rala; a 56 MW plant for Green­ko; and a 30 MWp solar power plant at Lapanga, Odisha.

Solar water pumps is another major segment where Tata Power Solar has demonstrated rapid growth. The company has installed over 50,000 solar water pumps across the country. These so­lar-powered water pumps help farmers by pro­viding sustainable and timely water availability, thereby increasing their yield and income.

Also, the company has a major market share in the rooftop space. One of the landmark projects is the 16 MW rooftop solar plant at the RSSB Ed­ucational and Environmental Society, Punjab. It is the world’s largest rooftop solar plant at a single location. Tata Power Solar has also constructed the largest carport in India at Kochi airport, with a total installed capacity of 2.68 MW, and the world’s largest solar-powered cricket stadium in Mumbai.

What is your perspective on the slew of low solar tariff bids in the past few months, especially in the current investment climate?

Bidding at low tariffs does raise pertinent questions about the long-term viability of projects. Each project is a long-term in­vestment for everyone who is involved, hence there should be clarity on the policy front. However, there needs to be a balance bet­ween the policy and technology structures.

Technological change in solar energy has been much faster than anyone would have anticipated. This change has helped bring down the cost of solar tariffs dramatically. With world-class technology, it is time to build business at scale, similar to what Chi­na has done. For manufacturing to succe­ed, we need a strong policy framework to ensure long-term power offtake at sustainable prices. It is not only the panels and cells but also complete raw materials and systems, including polysilicon, wafers, gla­ss and ingots, that are needed to be­co­me self-reliant in the solar segment.

Which emerging segments is the company currently exploring? What has been your ex­pe­rience in the distributed solar space?

EPC projects, residential rooftop as well as large-scale utility projects are segments where we have been operating for many years now. In the coming years, we also see immense potential in floating solar projects and hybrid projects. Tata Power be­lieves that to improve the popularity of floa­ting solar, it is important to in­vest in technology. India has large water­bodies and enormous capabilities to create a strong domestic manufacturing ba­se for floating structures.

Tata Power has experience in the solar and wind energy segments and is well po­sitioned to venture into wind-solar hy­brids. We consider hybrid projects to be very promising as they have a higher co­m­­bin­ed capacity utilisation factor, utilise common infrastructure optimally, and help in grid management as well.

Currently, the common use of solar and wind components is limited to transmission infrastructure. Achieving common use at the equipment level is a potential area of de­velopment and will also help reduce costs.

What are the major issues faced by renewable energy developers currently? What are the key steps required to address these issues?

Sustaining the growth of the renewable energy industry does come with a few challenges, for instance, technology chan­ges in the solar segment every three yea­rs. For smooth functioning, each ind­ustry requires some standard policies and initiatives. In India, the policies created so far have helped the industry for a shorter period of time. Subsidies and schemes vary for each state. Therefore, there shou­ld be a holistic policy structure that enables the industry to operate without any gaps or overlaps. Financing is another issue that creates hurdles in the growth of utility projects. Seeking help from banks and understanding subsidy policies creates a lot of confusion for consumers. This further de­lays the processing of projects and leads to an increase in debt.

There is a need for a  robust plan, which covers all aspects of industry growth. Alo­ng with this, a dedicated research and development department is a must to keep the industry updated with internati­o­nal standards. This will ensure that the entire country is moving at the same pace with complete uniformity.

What is your view on the recent policy measures taken to promote domestic manufacturing? What more can be done to attract manufacturers?

The government has been instrumental in bringing reforms to make India self-reliant in terms of solar manufacturing. The mo­ve to impose a basic customs duty of 25 per cent on imported solar Photo­vol­taic (PV) cells and 40 per cent on imported solar PV modules, with effect from April 1, 2022, will support domestic eq­uip­ment manufacturers but it is also likely to result in an increase in solar tariffs. The imposition of BCD on imported solar cells and modules, and implementation of the production-linked incentive (PLI) scheme are expected to improve the competitiveness of domestic cell and module manufacturers. However, the extent of benefit would also depend on the prices of imported PV modules, especially those from China.

What is your outlook for the renewable energy sector for the next 10 years?

Renewable energy is the future. It has immense potential and the growth is visible. Technological change in solar energy has been much faster than anyone would have anticipated. While this change has helped bring down solar tariffs dramatically, it has raised doubts among many if this is the right time to invest in this space. While fossil fuel prices are determined by appreciation and depreciation of the dollar, subsidies, geopolitical issues and other factors, there is another form of en­ergy, solar, which has advanced so much that costs have reduced. We believe that solar energy is the future.

Renewables should not be made to compete with thermal power. Similarly, there should be no competition between solar and wind power. Instead of pegging these power sources against each other, we should aim for holistic growth. Each segment has enough opportunities to grow, having unique complementary advantages. Tariffs for renewable energy projects should also not be too aggressive, or it may result in a loss for investors. The government should come out with a long-term policy direction. The certainty of power offtake is important since it increases developer confidence. Moreover, there should be enough investments in resear­ch and development of technology. For the industry to thrive, there should be a win-win solution for discoms as well as de­velopers. This entails working with a lar­ger inclusive goal in mind. 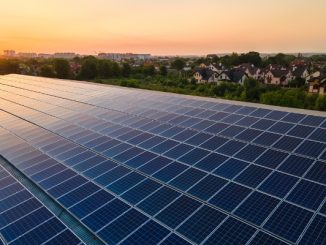 August 23, 2022
New Energy Solar, an Australian firm, has entered into a binding agreement with a subsidiary of MN8 Energy, formerly known as Goldman Sachs Renewable ...
More 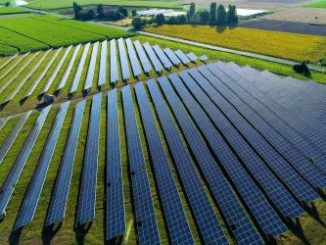 August 9, 2022
Bharat Petroleum Corporation (BPCL) is looking for a contractor to establish a 14 MW grid-connected solar power project at its Bina Refinery in Madhya...
More