Larsen & Toubro (L&T) and ReNew Power have formed a partnership to capitalise on India’s growing green hydrogen market. L&T and ReNew will jointly develop, own, execute, and operate green hydrogen projects in India under this arrangement.

As per a company’s statement, green hydrogen will be a key driver of the transition to cleaner sources of energy and this partnership between ReNew and L&T, will allow both companies to pool their knowledge, expertise and resources to take maximum advantage of this transition. According to the reports, green hydrogen, which is created by splitting water into hydrogen and oxygen in an electrolyzer with renewable-powered energy, can help the world achieve its net-zero emissions goals. Many countries, including India (through its National Hydrogen Mission), have declared particular policy interventions to promote green hydrogen adoption. With its ever-increasing energy import cost, countries like India may also ensure energy security by reducing their overall reliance on fossil fuels. It is also projected to give a green option for industries that are “hard to abate,” such as refineries, fertilisers, steel, and transportation.

In September 2021, ReNew Power commissioned 250 MW interstate transmission system-connected photovoltaic solar power project in Jaisalmer, Rajasthan. The project has a total generation capacity of 300 MW which was won by ReNew Power in Tranche-III of the competitive auction conducted by the Solar Energy Corporation of India. The project would provide Bihar with renewable energy at a cost of Rs 2.55 per kWh and offer direct employment to about 600 people. 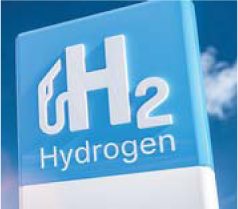 February 5, 2021
In the budget speech on February 1, 2021, the finance minister announced that a National Hydrogen Energy Mission will be launched in 2021-22 for produ...
More

June 6, 2022
Suzuki Motor has started purchasing wind and solar energy from ReNew Power for its Gujarat facility as part of its effort to lower around 6 per cent o...
More