As India powers ahead in its pursuit to integrate more solar power into the national grid, there is pressure to ensure a sound transmission infrastructure as well as a robust solar inverter supply chain. The inverter is often dubbed as “the brain of the system” for its ability to convert direct current (DC) from solar panels into alternating current (AC) suitable for feeding into the grid. Additionally, solar inverters maximise electricity production by constantly varying the resistance as well as ensuring compliance with certain regulations on the electricity supply side. Moreover, it determines how much energy will be transmitted to the consumer (households or industries) and how the self-consumption of the overall electric power will be measured. Although inverters account for a mere 5 per cent of the total project cost, their impact on project performance, stability and the levellised cost of energy is substantial. Over the years, the solar inverter market and technologies have grown considerably.

Another emerging technology is the microinverter that goes one step further in decentralising the power system. Microinverters are installed on each panel and are designed to optimise their power at the module level, and transformation of DC to AC happens in each inverter. While they are suitable for utility-scale projects, microinverters work well for home systems as well, as they have fewer panels. Being small in size, these inverters can be fitted at the back of solar panels and do not even require air cooling as central inverters do. The fourth variant of inverters is the hybrid inverter, which combines battery installation with the inverter set-up. Not only does the inverter supply DC power to the battery, also provides power to the grid and home appliances in the form of AC. The costs of both microinverters and hybrid inverters are considerably higher but their prices have been decreasing of late. That said, these are relatively nascent technologies and will only be cost-competitive after a few years.

There are about 11 major suppliers of solar inverters in India, according to BRIDGE TO INDIA’s solar map released in December 2020. In 2020, Sungrow, Huawei, TBEA and Sineng Electric were the top solar inverter suppliers to the Indian solar market. These top four companies accounted for 56 per cent of the total supply of 2,582 MW. The remaining market share was held by TMEIC, BHEL, Hitachi, FIMER and Delta. Traditionally, central inverters contributed to roughly three quarters of the domestic market share, but over the past three years, string inverters have made significant inroads.

These trends indicate that Indian developers are catching up with global trends. The Fraunhofer Institute for Solar Energy Systems estimated that string inverters made up 64 per cent of the world market in 2020. The global market share for central inverters was estimated to be about 34 per cent. Following this trend, it is expected that the market share of string inverters in India will surpass that of central inverters by 2022. Meanwhile, the footprint of microinverters and hybrid inverters in the global market is still very low at about 2 per cent, and negligible in the case of India.

String inverters have proven to be a suitable choice for developers, especially in India’s fast growing rooftop segment. The technology helps reduce the levellised cost of energy to a great extent, and such inverters with optimisers are also utilised in projects where modules with varying outputs are used. Going forward, artificial intelligence (AI) is set to be prominent in the inverter market as it is expected to make string inverters “smarter” and aid in remote monitoring. Inverters can potentially check the efficiency of each module through drones. Integration of AI-based technologies can also potentially bring down O&M costs. Additionally, string inverters with battery storage and multiple maximum power point trackers are expected to enter the market in the coming years. 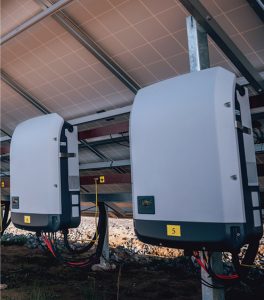 In the Union Budget 2021, the government announced that it is raising the customs duty for solar inverters from 5 per cent to 20 per cent. The policy aims to achieve the dual benefit of promoting domestic manufacturing and increasing the country’s export potential. With the growing demand for inverters in India, Chinese manufacturers such as Sungrow and TBEA have already opened manufacturing units in India. With this announcement, the market share of companies that do not have any manufacturing base in India is expected to fall in 2021.

Currently, inverter manufacturers in India pay 10-14 per cent duty on components imported for manufacturing inverters, which makes it costly to manufacture inverters domestically. There is hence a need to build a robust supply chain of critical components used in inverter making, such as printed circuit boards, LCD panels, insulated gate bipolar transistors and connectors. These components are currently imported and the duty levied on them is counterproductive for domestic manufacturing.

As the country’s installed solar capacity increases, solar inverters have to be built to function well for the life of the solar power plant. Thus, to ensure inverter quality, in September 2017, the Ministry of New and Renewable Energy issued guidelines mandating the registration of solar inverters in accordance with Indian standards. However, due to several ambiguities for manufacturers, the deadline has been extended several times since the issue of the notification, with the most recent deadline for self-certification being extended to December 31, 2021.

India’s solar inverter market is set to grow proportionately with the pace of development of solar projects. However, the next few years will be important as domestic manufacturers will have to step up to meet a bigger share of the demand. In order to make local manufacturing of solar inverters viable, the costs of inverter components must be reduced, along with the increased import duties on investment. Besides addressing these constraints, India needs to bring in innovations in smart inverter technologies driven by AI to achieve its ambitious targets. 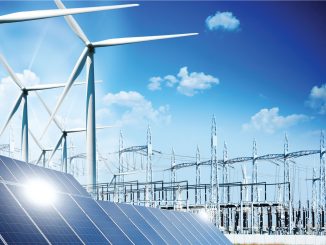 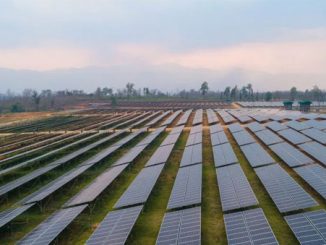