Testing, certification and standardisation are critical to ensure the quality and reliability of power equipment. They are imperative for solar inverters, one of the most important components of a solar power plant. However, progress has been slow on this end despite the rapid scaling up of solar installations, with 44 GW of installed capacity as of July 2021. Manufacturers still face issues in getting their products certified from relevant agencies. Moreover, according to industry stakeholders, not only is the entire process quite time-consuming, but it also comes with the issues of high testing fees and unavailability of testing facilities. Lack of clarity on proper standards and guidelines have further complicated matters for manufacturers. The Ministry of New and Renewable Energy (MNRE), on its part, has been trying to resolve these issues and simplify the testing processes. Moreover, a few guidelines and notifications on standards have also been released.

The central government had issued the Solar Photovoltaics, Systems, Devices and Components Goods (Requirements for Compulsory Registration) Order, 2017 in September 2017 for six products, including inverters. The date of enforcement of the order was subsequently advanced to April 16, 2018, on condition of self-certification by manufacturers. However, even the deadline for this self-certification of solar PV inverters has been extended a number of times. Most recently, in August 2021, the date was extended again from June 30, 2021 to December 31, 2021. The latest extension was on account of various requests received from manufacturers regarding difficulties due to Covid-induced disruptions and limited availability of test facilities. However, this extension is subject to the condition that such manufacturers have valid International Electrotechnical Commission (IEC) certificates corresponding to the respective Indian Standards (as mentioned in Table 1) for these items, along with test reports from international test labs.

In 2019, the MNRE released guidelines for series approval of solar PV inverters to conduct testing in test labs for implementation of quality control as per the Solar Photovoltaic Systems, Devices and Component Goods Order, 2017. The guidelines aim to facilitate test labs as well as manufacturers in approving series of inverter products including changes in design, materials, etc. These guidelines are applicable for solar inverters in off-grid, grid-tied and hybrid configurations with capacities up to 150 kW. These series guidelines are to be followed by the test labs for conducting tests on solar inverters as per the standards included in the 2017 order. According to these guidelines, the passing criteria for solar inverters should be as per IS 16169 and IS 16221 Part 2, wherever applicable. Further, the guidelines suggest that due to safety-related concerns in testing of various inverters, test labs should incorporate the feedback of the respective manufacturers on the set-ups prior to actual testing for certain critical tests (as mentioned in Table 2). 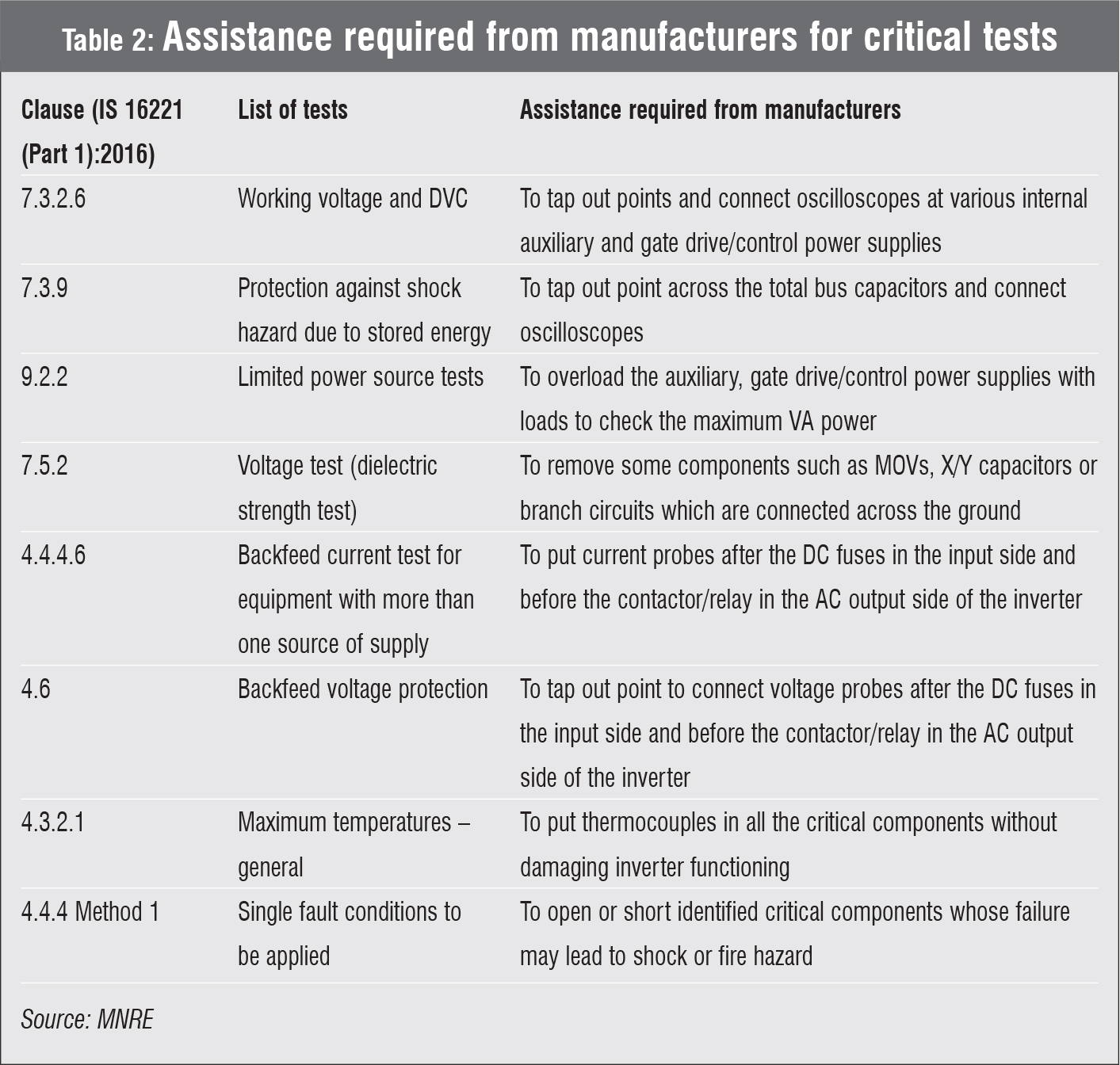 In April 2020, the MNRE released the draft standard on technical requirements for PV grid-tied inverters to be connected to the utility grid in India. It provides technical and environmental specifications and requirements for interconnection of solar inverters to the utility distribution system. Further, the standard on finalisation aims to provide a test procedure for evaluating solar PV systems interconnected with utilities, operating in parallel with the utility and utilising static (solid-state) non-islanding inverters for the conversion of DC to AC. This standard will apply to interconnection with the low voltage and medium voltage utility distribution system.

Overall, there has been some progress in the standards and certification space for solar inverters in India and the MNRE has been trying to simplify matters for manufacturers with timely extensions. However, a lot more needs to be done in this area as India moves forward on its journey to install massive capacities of solar power by 2030, so as to ensure quality and reliable inverters that provide a base for long-lasting assets. 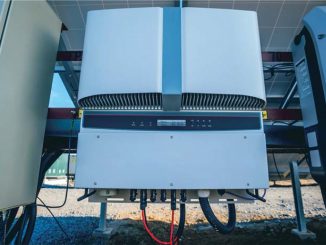 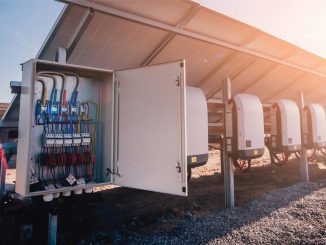 February 27, 2018
With the growth in the Indian solar segment, there is an increased demand for inverters, one of the most essential components in balance of system. Th...
More 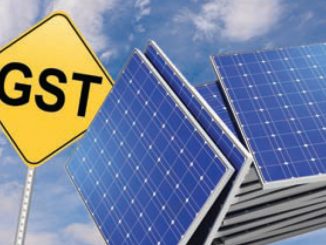 January 26, 2017
Electricity being a concurrent subject in India, both Parliament and the state legislative assemblies can legislate on it. Currently, electricity gene...
More