Founded in 1995 by Surender Pal Singh and headquartered in Secunderabad, Telangana, Premier Energies is one of the leading solar photovoltaic cell and module manufacturing companies. It has a presence not only in India but also across 30 countries in Europe, Africa and Asia. Formerly known as Premier Solar, the company changed its name as it diversified its business operations.

Premier Energies became an independent power producer (IPP) in 2010 when it won a project under the Jawaharlal Nehru National Solar Mission. Currently, it owns and operates over 250 MW of solar power plants across India. These plants are monitored and maintained by an in-house operations and maintenance team. In 2011, it diversified into the solar engineering, procurement and construction (EPC) space through its subsidiary Premier Solar Powertech and currently has a portfolio of over 650 MW of projects. As an EPC provider, the company provides solutions under four business segments; one, in the rooftop solar segment, by setting up systems for both commercial and industrial, and residential consumers; two, in the ground-mounted solar segment; three, in the solar water pump segment; four, under the diverse projects segment where it installs innovative projects such as canal-top and canal-bank solar projects, solar carports and tracker-based solar projects.

The company’s key rooftop solar projects include a 430 kW system at Tihar, Delhi; 300 kW for Transcon Industries, Hyderabad; 250 kW each at Ranchi and Patna airports; a 250 kW project for the Allana Group in Zaheerabad, Telangana; 11 kW for GNIT College, Telangana, and 1.7 kW for the New Mangalore Port Trust, Karnataka. Its key ground-mounted solar projects include 8 MW projects each in Raikod and Digwal, Telangana; 10 MW at Talamandla, Telangana; 14 MW at Deoghar, Jharkhand; and 250 kW at Guwahati airport, Assam. The company has installed over 35,000 solar pumps across India and Africa. Select solar pump projects include 150 kW each in Telangana, Haryana and Karnataka; 125 kW in Bihar; and 100 kW in Uganda, Africa. Its key projects under the diverse project segment include a 1 MW canal-top and 15 MW canal-bank solar project in Dehradun, Uttarakhand; a 5 kW canal-top project in Bihar; a 1.05 MW dual-axis solar project for Bharat Petroleum Corporation Limited in Greater Noida, Uttar Pradesh; a 500 kW seasonal tilt solar project in Sadashivpet, Telangana; a 205 kW carport for a Hyundai showroom at Talwar, Telangana; and a 5 kW carport for Sanathnagar Auto Garage, Hyderabad.

In February 2021, Premier Energies announ0ced that it will be setting up a new module manufacturing facility in E-city, Hyderabad. The project will have a module manufacturing capacity of 1.5 GW and will be set up on 25 acres of land. Together with the existing plant, the new facility will produce over 5 GW of solar cells and modules per annum. The company has invested Rs 4.83 billion in this facility, which will produce metal-catalysed chemical etching textured multi-crystalline cells as well as mono passivated emitter and rear contact (PERC) cells. Further, the new plant will be designed to produce monocrystalline PERC cells using larger wafers of 182 mm and 210 mm. The plant is expected to be commissioned by April 2020.

Going forward, Premier Energies has two main goals. One, to be among the top five employers of choice in the renewable energy space by 2025. Two, to become one of the top five companies in the solar manufacturing and EPC space by 2023. Given the company’s rich experience in the solar power industry and its decision to constantly diversify and expand its business operations, it is well placed to achieve both targets. 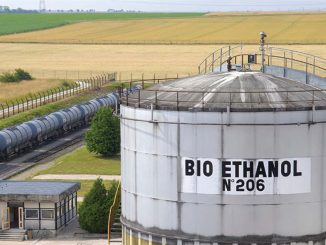