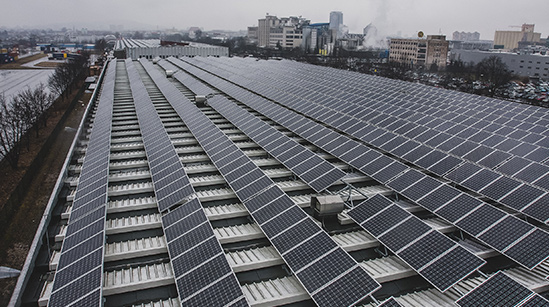 Energy Efficiency Services Limited (EESL) has announced the commissioning of its 7.9 MW solar project for the Maharashtra State Electricity Distribution Company Limited (MSEDCL). The project is located in the Devdaithan village in Ahmednagar, Maharasthra. The total investment in the project is Rs 337 million and it has been commissioned within six months of awarding of the contract. The project represents an initiative by the state government initiative to solarise agricultural feeders under the Mukhyamantri Saur Krishi Vahini Yojana (MSKVY). Through a memorandum of understanding, EESL has committed to supplying MSEDCL with 679 MW of solar power.

EESL has already developed two solar projects in the Ahmednagar district which includes a 507 KW project at Ashwi and an 858 KW project at Koplewadi. Similar to the project at Devdaithan, the two projects have benefitted 3,000 agricultural consumers. The initiatives have also reduced 11,500 tonnes of carbon dioxide emissions. As a part of the MoU, EESL will develop, finance, operate, and maintain the decentralized power plants which will be set up in open spaces around MSEDCL sub-stations.

In November 2020, EESL signed a memorandum of understanding with the Department of New and Renewable Energy (DNRE) of Goa for the launch of India’s first convergence project in the state. As per the proposal, EESL will develop solar-powered agriculture feeders, battery energy storage systems, and LED streetlights in rural areas of Goa.