With India undergoing rapid urbanisation, waste generation is also rising in the country. Improper handling is slowly making this waste unmanageable. Moreover, as India’s economy is largely agrarian, a huge amount of agricultural waste is also generated. One solution to the waste issue is to use it to generate electricity. To this end, in August 2018, the Ministry of New and Renewable Energy (MNRE) approved the Energy from Urban, Industrial and Agricultural Waste/ Residue programme for the period 2017-18 to 2019-20. It is aimed at promoting the development of projects for the generation of biogas, bio-CNG and power from urban, industrial, and agricultural waste. The MNRE also wanted to create a conducive environment for the development of such projects through a favourable fiscal and financial regime.

In line with this, the MNRE decided to disburse central financial assistance (CFA) in the form of capital subsidy and grants-in-aid for power generation and production of bio-CNG or enriched biogas produced from industrial waste, sewage treatment plants, and urban and agricultural waste. Moreover, the installation of biomass gasifier-based projects for producing electricity for industries such as rice mills and for lights, water pumps, and microenterprises in villages were eligible for CFA under the programme. The programme also provided financial support to institutions and industries for promotional activities, research and development, resource assessment, setting up of test centres, technology upgradation and performance evaluation.

The state nodal agencies were to be provided 1 per cent of the eligible CFA (with a maximum of Rs 500,000 per project) for facilitating the development and monitoring of projects during implementation and post-commissioning.

In March 2020, the MNRE issued revised guidelines for this programme. Based on the clarification issued by the Department of Expenditure, energy generated from municipal solid waste (MSW)-based projects are now included in the programme. For such projects, power generation via incineration, gasification, pyrolysis or a combination of new technologies will now be eligible for CFA.

In the revised guidelines, the MNRE approved a CFA of Rs 4.78 billion and set a target of installing 257 MW of capacity by the end of 2019-20. Of this, Rs 4 billion was set aside for MSW-based projects, with a target capacity of 200 MW.

In addition, the revised guidelines seek to promote biomass gasifiers for either feeding electricity into the grid or meeting the captive and thermal needs of villages and industries such as rice mills. Biomethanation projects based on any kind of biodegradable waste are now eligible for CFA. However, such projects can use only segregated or uniform biodegradable waste.

According to the guidelines, there will be no cap on the capacity of waste-to-energy (WtE) projects under the programme, but biogas projects of capacities up to 250 kW using agro-based industrial residues will not be eligible for CFA. Biomass gasifier projects, however, have no cap on capacity; projects of all sizes will be eligible for CFA. For brownfield projects, only the additional capacity will be considered for CFA.

In June 2020, the MNRE extended this programme by one year to March 31, 2021. The ministry mentioned that the programme would continue without any changes to its scope, nature or coverage.

Key policy challenges and the way forward for WtE

There has been a growing debate over the significant amount of capital subsidy required to make MSW-based WtE plants financially viable. The tariffs for the energy generated from these plants still remain high due to the high cost of sourcing raw material, making them less commercially attractive. However, as the core reason behind setting up these plants is (or should be, going forward) the efficient management of harmful MSW and not the generation of electricity, the amount of subsidies disbursed by the government is justified.

The current programme emphasises the disbursal of CFA to make MSW-based WtE projects financially viable. But the on-ground realities show that the fundamental challenges for these projects are related to segregation of waste at the source. It is now known to all that wet waste and dry waste should be segregated. After segregation, while wet waste can be used for biogas generation, dry waste (after filtering) can be treated at WtE plants. This elaborate process can not only reduce the amount of waste that goes into landfills but also generate electricity. So far, the country has not had much success in making this work. Even if waste is segregated at the source, proper garbage collection is not practised by the municipalities, resulting in the segregated waste getting mixed again. This harms WtE plant developers, who set up plants with the expectation of receiving a certain amount of segregated waste. Moreover, the waste collected in India typically has a low calorific value and high moisture content, weakening the commercials for WtE plants. Therefore, for the success of any policy or programme to promote the WtE sector – even those providing significant financial assistance – waste must be both segregated at source and collected efficiently.

There is another policy issue that will not be solved through CFA. In the past, especially in New Delhi, WtE plants have stirred controversy over not complying with emission requirements and releasing harmful gases. This has resulted in strong protests from residents of areas near the plants. Therefore, emission control filters need to be put in place for all WtE plants set up in the country. However, simply setting up filters does not solve the issue entirely. To make sure that developers do not shirk from their responsibilities, emissions from these plants need to be regularly monitored, although such measurement is costly and difficult.

Considering the harmful impact of non-regulated WtE plants on the environment, many Western countries are phasing out WtE plants. India, however, is looking to promote such projects as a solution to the waste menace, without adequate focus on monitoring and pollution control.

Even if the country needs to promote the sector, it should create incentives for the industry to shift to innovative technologies such as pyrolysis, gasification and plasma gasification, which are comparatively clean, albeit currently expensive, solutions. While the revised guidelines have earmarked CFA for these technologies, developers may be reluctant to set up such projects. In the past, a project based on pyrolysis-gasification technology in Pune could not operate at its full potential because of commercial, technical and operational issues, according to media reports.

In conclusion, a holistic policy view is needed to promote the WtE sector, whose success depends on a myriad of stakeholders including households, municipalities, ragpickers, farmers, supply chain companies, and pollution control regulators. The policymaking for this complex sector is set to become even more complicated with WtE being considered one of the indirect solutions to the menace of stubble burning in northern India. The policies and programmes for the sector need to be reinvented accordingly to adapt to the energy challenges that will emerge in the future. 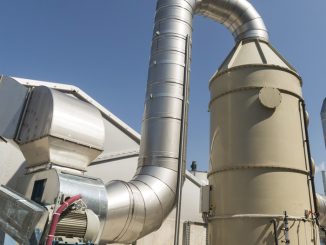