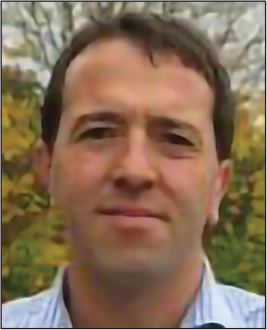 Worldwide, policy frameworks are being overhauled to accommodate renewable energy into conventional energy systems. These changes are accompanied by significant shifts at the market level as renewable energy is becoming increasingly cost competitive. It has reached sectors that had long been deemed irrevocably fossil-fuel dependent. In the current Covid-19 pandemic, governments have shown that they are able to act quickly. Now they must apply the same determination to pursue a just global energy transition. This will only be successful if they join forces.

Renewable energy sources such as solar, wind and hydropower have taken centre stage in the global energy market. In the European Union (EU), they have become the single most important source of electricity. Globally, renewables already account for more than a quarter of electricity generation and will enable the supply of electricity to hundreds of millions of people within the next decade.

Globally, the installed renewable power capacity grew by more than 200 GW in 2019, the fifth year in a row that it exceeded the combined net installation of fossil fuels, including nuclear. In most cases, renewables provided a better business case as compared to coal, the cheapest fossil fuel. This is reflective of the overall trend of the past 10 years, wherein the cost of solar PV has decreased by 82 per cent, onshore wind by 40 per cent, and offshore wind by 29 per cent.

The business case for renewables is solid. The annual investments in renewables more than doubled in the past 10 years, reaching $301.7 billion in 2019. The turbulence and insecurities in the international oil market, heightened by the Covid-19 pandemic, make divesting from fossil fuels even more attractive. That said, the main driver for this growth is comprehensive policy frameworks. Today, 161 countries have a renewable energy policy, of which 61 even strive for 100 per cent renewable electricity. Instruments like feed-in policies and tenders have proliferated in the market, with 113 and 109 countries using them respectively.

These institutions are a result of more than three decades of ambitious bilateral and multi-lateral cooperation in the fields of climate change and sustainable development. The United Nations Framework Convention on Climate Change is emblematic of that, as it is one of the most universally recognised treaties. Under the 2015 Paris Climate Agreement, almost all the 197 members agreed to keep global warming well under 2 °Celsius and promised to pursue this goal at the national level.

Another key organisation is the International Renewable Energy Agency (IRENA). Formed in 2009 with Germany, Denmark and Spain, IRENA currently has 161 countries as its members and is one of the most respected authorities in the sector. IRENA is continuously setting benchmarks in global energy transition and diplomatically urging states to up their game.

Meanwhile, the 2030 Agenda for Sustainable Development defines and interrelates its numerous fields of actions, linking climate action and clean energy to transport, industry, poverty and inequalities. The sustainable development goals underline the need for adding renewables to the system. While the global electricity sector is transforming, the transportation, heating and cooling sectors still lack momentum. Only 11 per cent of the total final energy consumption in 2018 was covered by modern renewables. According to the International Energy Agency and IRENA, around 65 per cent of renewables will be needed in the energy mix by 2050 to fulfil the Paris agreement.

Global policy efforts are still short of these targets. While most states have submitted their Nationally Determined Contributions under the Paris Agreement and 121 of them even plan to achieve carbon neutrality by 2050, most commitments just do not go far enough. The challenge is no longer capacity scale-up alone, but also includes sector coupling, stable energy supply and ensuring a just transition for all. This cannot be achieved by a policy pick and mix.

The global energy transition will likely reshape traditional geopolitical energy patterns and redistribute long-term resource hegemonies. This presents a unique opportunity to reconsider the energy ecosystem’s social, environmental and economic impacts to render it more sustainable and just for all. To get there, both governments and businesses must choose policy harmonisation over fragmentation, and co-creation over competition.

The existing platforms such as IRENA can advise and broker this process through measures such as the recent formation of the Global Commission on the Geopolitics of Energy Transformation. Bilateral and multilateral cooperation lies at the heart of this transformation. There are additional gains if countries join forces. For example, it can increase the penetration of renewable energy by expanding electricity grids in order to connect areas with high renewable energy potential. Another advantage is the use of renewable energy beyond the direct supply of electricity. For instance, it can be used to produce “green” hydrogen that can be traded across continents and thus help in decarbonising energy supply in areas that enjoy less favourable conditions for the use of renewables. Germany is the latest country to have produced a strategy for low-carbon hydrogen. However, developing an international market is a crucial element in this.

Last year, the European Green Deal set the goal of making the EU the first carbon-neutral continent by 2050. It recognised that achieving this goal will need closely knit “green” energy relations with international partners. The EU’s Energy Diplomacy Action Plan already suggested what this might look like – more energy cooperation and dialogues, particularly to build sustainable energy markets and stronger support for the global energy architecture and multilateral initiatives.

One example of successful cooperation is bilateral energy partnerships between Germany and several countries. Not only do they facilitate the implementation of climate-friendly energy technologies, but they also serve as high-level platforms to create political momentum for the global energy transition. Furthermore, they help tap into the efficiency potential of joint innovative energy policies. This is especially true in these times, when governments all over the world struggle to prioritise their spending.

There are many promising bases for international cooperation in the field of renewable energy and they must be scaled up to ensure energy transition for all.