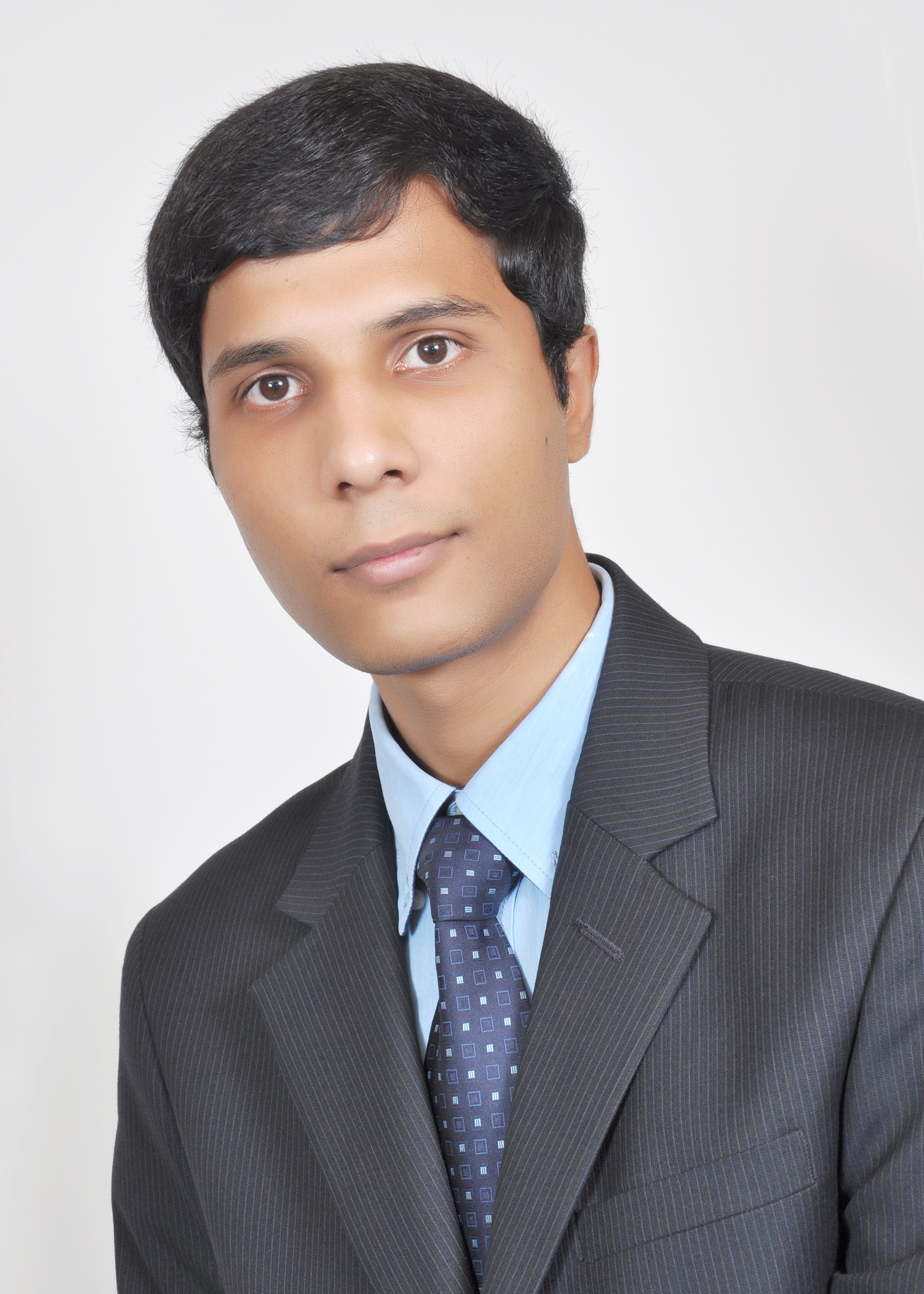 In the reverse auction conducted by SECI for a 2 GW solar tender under ISTS (Tranche IX), a historic low solar tariff of Rs 2.36 per kWh was discovered. In the last week of June, the tender received an overwhelming response from developers with bids for more than 4.3 GW of capacity. The reverse auction of the tender, which was conducted after a gap of four months due to the Covid-19 lockdown saw a historic low winning solar tariff of Rs 2.36 per kWh from SolarPack, a Spanish developer.

The key trigger for this kind of low tariff during that point in time was expiry of safeguard duty and pass-through from basic custom duty (BCD) under “change in-law” provision in that specific period. This is likely to significantly reduce project costs. The other key reason was waiver of ISTS charges for the solar PV and wind projects commissioned before December 2022, which was subsequently extended. Appetency to develop a pipeline of projects estimating improved internal rate of return (IRR) through future refinancing of projects at better terms, diluting stake at a premium or future sale of assets to investors are also factors behind lower bids. Solarpack, ENEL, and IB Vogt have no pipeline of solar projects and have bid aggressively to build their portfolio. AMP Solar also has a project pipeline of only 100 MW and a few other small projects under the open access corporate PPA route. The Ministry of New and Renewable Energy (MNRE) had also announced an extension in ALMM enlistment which provided a window for developers to procure modules at low prices for the lot which have not enlisted. Another interesting fact is that most of these winners are also international developers and lower return expectations and access to low-cost financing are the key reason for such aggressive solar tariffs.

Solar manufacturing in India on a commercial scale took off after the announcement of the Jawaharlal Nehru National Solar Mission (JNNSM, or NSM). Many players joined the bandwagon of solar cell and module producers, but four years down the line, things are not as sunny as these producers initially believed in spite of significant growth in deployment. India’s current installed module manufacturing capacity is around11 GW, while the cell manufacturing capacity is around 4 GW; however, a little more than 50 per cent is fully operational. A huge proportion of installed capacity is lying idle, however new capacity addition announcements are being planned now due to imposition of duties, waivers announced in the opex part, leveraging the scale and demand in Indian markets and improved technology and manufacturing process maturity.

Solar PV modules occupy the major chunk in the overall project cost of solar PV plants.In the last decade the module prices have come down drastically and reached around 15-18 cents per Wp at factory gate. Currently tier-1 manufacturers are competing with Chinese players in terms of quality and cost with an overall landing cost difference of 5 to 10 per cent. There would be a minimal impact on tariffs due to domestic manufacturing until and unless the government announces incentives. After the sunset of Modified Special Incentive Package scheme (M-SIPS) in December 2018, Production Linked Incentive Scheme (PLI) for Large Scale Electronics Manufacturing like Mobile phones has been introduced.However, solar manufacturing is devoid of incentives at central level. Some of the key initiatives and developments in the manufacturing segment are leading to high capacity manufacturing at GW scale like manufacturing-linked tenders by SECI and solar manufacturing zones. Extension of safeguard duty and imposition of BCD on the solar PV cells and modules will increase uptake of domestically manufactured modules by providing an even ground, however, bringing a marginal impact of 5-10 per cent on the tariffs going forward.

Renewable energy penetration is on the rise and poised to reach the envisaged targets by the government of India, with revised targets of 450 GW by 2030. Optimisation and grid stability are the two areas of opportunities for effective transmission and distribution infrastructure, managing flexible generation and energy supply demand and ancillary services. In this context, hybrid plants, renewable energy integrated with storage technologies to meet peak supply and round-the-clock supply are the key developments complimenting the overall renewable energy capacity additions.

The tariff for hybrids power plants depends on various factors including site conditions on solar irradiation and wind profile, percentage of solar and wind mix and transmission infrastructure.While arriving at the tariff level the impact of the parameters mentioned needs to be considered. In the case of RTC power supply tenders where the tariff awarded in the recent auction is seen around Rs 2.90 per kWh, the dominating factor is the type of energy storage technology used. There are various energy storage technologies available commercially in the market, but pumped hydro storage and Lithium ion-based battery storage are the key contenders for integrating with renewable energy plants. Pumped hydro has its own advantages and disadvantages like lower operational cost, high cycles, resource dependent, high gestation time etc.,whereas lithium ion technology on the other side is evolving in terms of operational performance, efficiency and cost with the technology poised to reach around (cell price) $80 per kWh in next 5 years from the current level of around $160-180 per kWh, which will further have impact on tariff for RTC and peak power supply tenders.

Comparison with solar tariffs discovered in UAE and Portugal

Solar PV tariffs are dependent on various factors including cost of financing, credibility of offtaker, technical feasibility including grid stability and insolation levels at the site, land acquisition, tax and duties. The environment for the solar PV ecosystem in the Middle East and Portugal is conducive where the tariffs have seen the new low reaching around 1.5 cents per kWh, around half of Indian solar PV tariffs.

It is necessary to understand the key reasons and drivers for such low tariffs in the Middle East and Portugal to have an apple to apple comparison. Most of these projects in the Middle East and Portugal have lower cost of US$ denominated, long-dated financing in the range of 2.5 to 4 per cent, lower expectations on Return on Equity around 3 to 5 per cent, higher solar resource return around 25 per cent capacity utilisation factor (CUF), incentives on corporate taxes (e.g. zero in case of Abu Dhabi), credible off-takers with prompt payments and negligible cost for land. Other factors, such as technological advancements in modules, weather trackers and robotic cleaning systems (leading to less soiling losses) have been installed, and lower engineering, procurement, and construction (EPC) costs also have an impact.

The circumstances leading to lower solar tariffs in the Gulf region cannot be replicated in the Indian market as most of the factors, like low interest rates, zero taxes and lower expectations of return on equity, are fundamentally driven by the way economics functions across different countries in the region, and hence cannot be changed. For instance, if India imposed import duties on solar modules, the required Indian solar tariff would widen further. The ongoing technological development of solar combined with ever larger factories driving economies of scale means solar tariffs will continue to see 5 to 10 per cent annual declines over the coming decade, driving ever-stronger competitiveness against incumbent fossil fuel alternatives.

In recent years, the reduced tariffs have also led to an increased number of solar power plant installations, but it has also raised concerns over the long-term viability of these projects. The current trend of competitive bidding and constantly falling tariffs has brought about a price war and has reduced project developer margins, compelling them to reduce costs in various areas, leading to compromise in project quality that can be seen in installations across the country. The lack of regulations for product quality certification, intense competition, and absence of requisite awareness has only emboldened the issue. Quality has been one of the key concerns in solar PV projects with plummeting tariffs to the level of Rs 2.36/kWh. In the last year most of the tenders were designed with tariff capping in the range of Rs 2.50 to 2.80/kWh which further disincentivize developers to cut the costs for the project’s viability. The tariff capping was also one of the key concerns for poor subscription of solar and wind tenders. Countries on the solar leaderboard almost all have had a parallel development in solar-based IPP, manufacturing and deployment. But in India, we went straight to deployment and that makes us vulnerable to global players like China and Vietnam who lead in manufacturing, leading to lower control on the quality of the modules by the Indian developers.

PV module technology has matured exponentially in the last few years and module manufacturers are providing various warranties on performance and durability of the modules, with ALMM one such measure adopted by MNRE to ensure the quality of the components. But, the concerns around BoS components and their quality is leading to lower performance or even high down time of the overall plant in some cases. So far the quality was focused only on the component level, but the focus should also be on the project design and performance to reduce the impact of lower tariffs on the overall quality of the solar PV plants in the future.