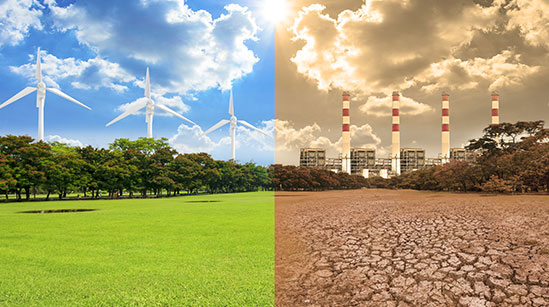 According to a recent report by Institute for Energy Economics and Financial Analysis (IEEFA) Rajasthan can play a key leadership role in India’s transition to a low-cost, low-emission, profitable electricity system.

The state’s installed renewable energy capacity reached 9.6 GW at the end of fiscal year 2019-20. It also added 1.7 GW in that fiscal year, which ismore solar power capacity than any other Indian state that year. Other states such as Karnataka had added 1.4 GW while Tamil Nadu added 1.3 GW. As per a statement by the report’s author, although Rajasthan holds a promising potential, its distribution companies may pose a challenge since they are among the worst performing ones in India. Expensive coal-fired capacity tariffs coupled with huge aggregate technical and commercial losses led to the Rajasthan discomsbearing a loss of Rs 63.55 billion in the fiscal year 2019-20, after accounting for state government subsidies.Currently, Rajasthan depends on electricity imported from other states given a power deficit during peak daytime hours. With an increase in renewable energy investment, the state could become a net exporter of electricity in the coming decade, according to the report.

At present renewable energy sources form 43.5 percent of Rajasthan’s operational installed capacity and produce 17.6 percent of its total on-grid generation.The renewable expansion is continuing in Rajasthan with a very healthy pipeline in place. Earlier this year, MNRE had issued a notification to set up 50 GW of ultra-mega renewable energy parks in Gujarat and Rajasthan. The ultra-mega parks with a capacity of 25 GW each will be located at Khavada in Gujarat and Jaisalmer district in Rajasthan.