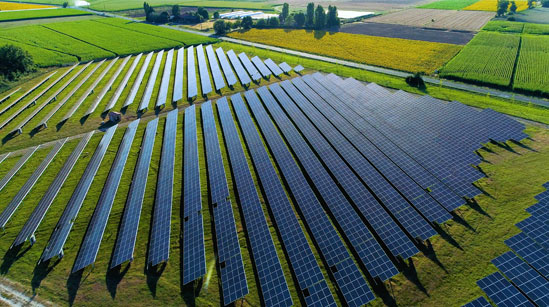 The government of Gujarat has reworked the policy for allocating wasteland for renewable energy parks. These parks include power generation using wind, solar and wind-solar hybrid plants. As per the new provisions, the renewable energy projects will have 3 years from the date of handing over of the sites to build a minimum of 50 percent of the park’s total capacity and 2 years after that to complete the entire work. Even the developers, who have been awarded projects by the Solar Energy Corporation of India (SECI), will have to ensure that they establish 50 percent and 100 percent of the capacity in 3 and 5 years, respectively. The state government will provide the wasteland on lease for 40 years, which includes five years for development and 35 years for power generation. Further, the park developer will be allowed to sub-lease the land to project developers. All the benefits announced under the policy will be offered to developers for 40 years from the date the land is leased out to the developer.

In February 2020, the Ministry of New and Renewable Energy(MNRE) issued a notification to set up 50 GW of ultra-mega renewable energy parks in Gujarat and Rajasthan. The ultra-mega parks with a capacity of 25 GW each will be located at Khavada in Gujarat and Jaisalmer district in Rajasthan. The land will be made available to the developers for setting up of solar, wind, and solar-wind hybrid projects at these locations. These ultra-mega parks have received the necessary clearances of the respective state governments and the Ministry of Defence.