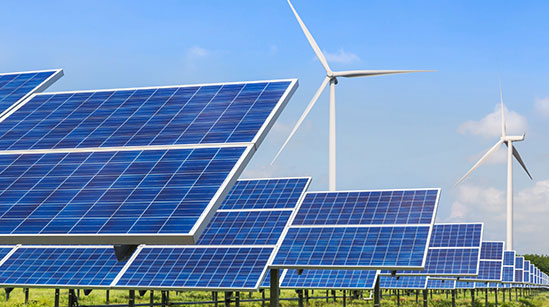 The Gujarat state cabinet has approved the long-pending proposal of setting up a 41.5 GW renewable energy park in the Kutch district of Gujarat. The cabinet approved the revenue department’s proposal to allot 60,000 hectares of land for the project. The hybrid energy park project is one of the select projects of national importance that the prime minister reviews at his monthly PRAGATI (Pro-Active Governance and Timely Implementation) system. The hybrid renewable energy park is projected to attract the investment of around Rs 1,350 billion. A committee of officials had earlier approved the land allocation plans for five major companies and forwarded the draft allocation plan for state cabinet’s approval. The companies to which land was allocated include SECI, NTPC, GIPCL, GSEC, Adani Power and Suzlon, which are expected to get land for their 23,000 MW, 5,000 MW, 2,500 MW, 3,500 MW, 3,500 MW and 4,000 MW solar and wind power generation projects respectively. The PM had given a deadline of 2022 for the completion of the project.

In July 2020, The Gujarat government has announced its decision to extend the validity of the Gujarat Solar Power Policy, 2015 up to December 31, 2020. Given the disruption caused by the outbreak of Covid-19, the state government announced a financial package worth Rs 140 billion as the Gujarat Aatmanirbhar Package. Under this package, time frames of many policies have been extended. This is expected to provide a stimulus to solar projects such as captive projects, solar projects for third-party sale and rooftop solar projects. The extension is also expected to aid Gujarat in achieving the target of installing 8,000 MW of solar power capacity by 2022.