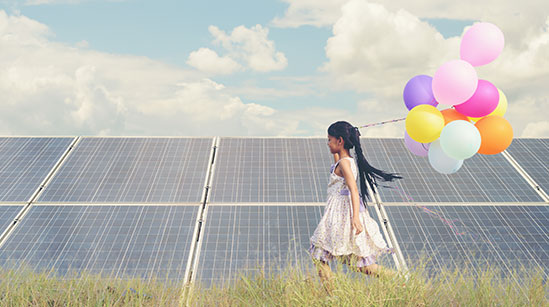 Fourth Partner Energy will supply solar power through 4.8 MW of projects to three of Titagarh Wagons’ manufacturing units in West Bengal. Titagarh Wagons, a passenger and freight trains maker, has signed a power purchase agreement with Fourth partner to procure power for its wagon and steel foundries at Titagarh and its passenger coach and propulsion unit at Uttarapara. This is expected to meet almost 25 per cent of the company’s annual electricity demand with solar power. All three power plants are expected to be commissioned by January 2021.

In July 2020, Fourth Partner Energy has raised about Rs 1.12 billion in debt funding from Swiss asset manager responsAbility. This is the third round of funding given by responsAbilitythrough its climate finance funds, while the first two rounds of financing were closed in 2016 and 2017. The funds received will be used for the construction of new assets across Fourth Partner’s distributed solar and open access portfolios. Earlier, in March 2020, Fourth Partner Energy received a loan of Rs 5 million from Grameen Impact India, a non-banking finance corporation registered under the Reserve Bank of India, towards its Power@1 programme. The company will use the funds to implement its Power@1 programme at the Madras Diabetes Research Centre in Tamil Nadu. Through the Power@1 programme, Fourth Partner Energy aims to provide electricity to non-profit organisations like government schools, rural hospitals, and others at a rate of Rs 1 per kWh. The company expects to add capacity of close to 350 MW across its portfolios. Currently, the firm operates over 400 MW of assets for over 150 corporate and government clients in India. Its ongoing projects include solar parks in Maharashtra, Tamil Nadu, and Uttar Pradesh.