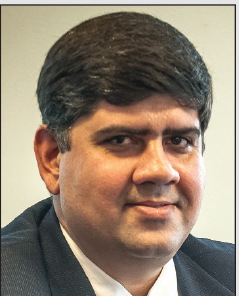 Lt Colonel (Retd) Monish Ahuja graduated from the National Defence Academy (87th Course Juliet Squadron), Pune, in 1994 and got commissioned in the Corps of EME in 1995. While in the army, he pursued mechanical engineering and became the first officer from the Corps of EME to be selected for postgraduation in nuclear technology (mechanical) at the Bhabha Atomic Research Centre in 2002.

After a rich career of around 15 years in the Indian Army, Ahuja formed Punjab Renewable Energy Systems Private Limited (PRESPL), a biomass fuel aggregation and supply company, in 2011. The company has since grown and now develops bioenergy projects as well. According to Ahuja, one of the most interesting assignments for PRESPL has been the commissioning of a BOOT-based boiler project in Punjab for Sun Pharma, which generated 30 per cent cost savings for the client. Despite facing multiple challenges, PRESPL delivered the project two months ahead of schedule. “My goal now is to grow PRESPL into a Rs 10 billion biomass-based bioenergy company over the next five to seven years. There will be challenges along the way, but I am confident of achieving our goal,” he says.

On the challenges before the segment, Ahuja says that the lack of a regulatory framework and an integrated bioenergy policy gives mixed signals to investors and hampers growth. He believes that long-term, low-cost finance, removal of the priority sector lending cap of Rs 150 million per project, and the establishment of a nodal agency to cater to the entire bioenergy value chain would go a long way in supporting the sector. He also believes that energy transition from fossil fuel to bioenergy needs to be clearly defined in India.

In the midst of the Covid-19 crisis, PRESPL has coped well. It is providing PPE kits to employees, setting up new protocols and improving personal hygiene management. “We are able to digitally connect with the employees and their families and support them through this crisis. This is why we have been successfully running business to full capacity. Revenues are at an all-time high, with no salary cuts or job cuts. This is a big achievement for us,” says Ahuja. His advice to other CXOs in the renewables space is to consider the ongoing pandemic as a bend in the road and not the end of the road. He firmly believes that when the going gets tough, the tough get going. He lives by the motto “Work hard and play harder”. Over the weekend, he likes to spend time with his family, teach his daughter maths and science, and meet relatives and friends.