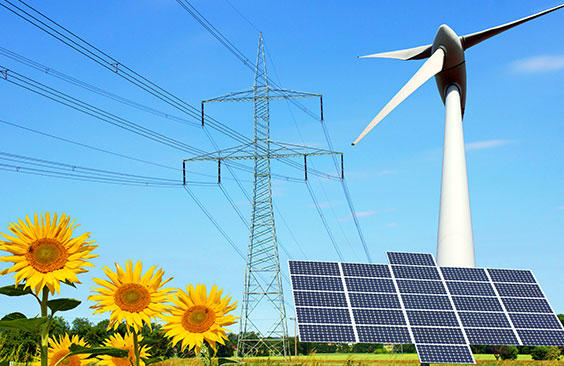 The Andhra Pradesh government has announced that it will receive Rs 34.95 billion in additional revenue after successfully renegotiating the contract with Greenko for the proposed integrated renewable energy project (IREP). As per the renegotiations, the Andhra Pradesh government claims to have double the land prices from Rs 0.25 million to Rs 0.5 million with the previous rate being fixed by the former government. This will result in an additional amount of Rs 1.19 billion. Further, the state government will also allocate 4,766.28 acres of land to Greenko for setting up the project. The government has also levied a ‘green energy development charge/cess’ of Rs 100,000 per annum on each MW of power being produced by the group for all forms of renewable energy – wind, solar and pumped hydro project. While this charge will be applicable for the first 25 years, the Greenko group has to pay Rs 250,000 per MWannually thereafter until the operating life of the respective projects, which would provide Rs 0.32 billion per annum to the state’s exchequer.

Greenko is currently developing 550 MW of wind, 1,000 MW of solar and 1,680 MW of pumped hydro power project capacities as a part of IREP, with national grid connectivity in the states of Karnataka and Andhra Pradesh which will harness the power of solar and wind resources with digitally connected storage infrastructure to provide round-the-clock (RTC) power to grid.Greenko Energy Holdings has secured equity commitment for two projects with total pumped storage capacity of 2.4 GW with 1.2 GW at Pinnapuram, Andhra Pradeshand 1.2 GW at Saundatti, Karnataka. It has signed definitive agreements for a primary equity funding of $495 million from an affiliate of GIC and an entity owned by the Abu Dhabi Investment Authority.