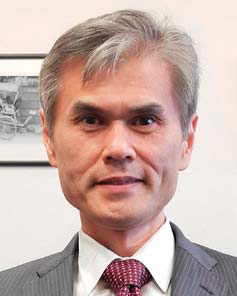 India’s transition to clean energy has attracted a host of international organisations that have provided significant support over time, making this transition possible. With over JPY 1,559 billion of total financing till date, the Japan International Cooperation Agency (JICA) is one of the earliest and largest supporters of India in its pursuit of clean energy access. In an exclusive interview with Renewable Watch, Katsuo Matsumoto, chief representative, JICA India, highlights the organisation’s investments, role and future plans in India’s energy space. Excerpts…

What is JICA’s current exposure in the renewable energy sector? How much capacity has been financed so far in this sector?

JICA is committed to supporting India in the renewable energy sector, with expertise from Japan. JICA’s ODA loan to the Indian Renewable Energy Development Agency (IREDA) provided financial assistance to 36 sub-projects including solar, wind and small-hydro projects. Over JPY 90 billion in loans has been provided to the Small Industries Development Bank of India  to finance more than 5,000 sub-projects for improving energy efficiency in the small and medium enterprises sector.

It has extended official development assistance (ODA) loans of JPY 1,559 billion cumulatively since 1958-59 to enhance energy availability in India. JICA-supported projects have contributed about 9.3 GW to India’s total installed power capacity of about 350 GW. In the renewable energy space, the wind power segment accounts for about 76 per cent of JICA-supported projects, the solar segment 20 per cent and small hydro 4 per cent.

Among the countries in which JICA works, where do you see the maximum renewable energy deployment taking place?

JICA is one of the world’s largest bilateral donor agencies. JICA works as a bridge between Japan and emerging economies, by providing assistance in the form of loans, grants and technical cooperation to help the latter strengthen their capabilities. In our view, India is one of the biggest countries in the renewable energy sector globally.

JICA-supported projects contribute about 4.5 GW to India’s total installed renewable energy capacity including hydropower, with more in the pipeline. JICA is stepping up its investments to strengthen the renewable energy sector. In the Arab Republic of Egypt, a 20 MW solar PV power plant is supported by JICA and a grant aid of up to 1.07 billion yen is extended for the installation of solar electricity generation systems on the Ebeye Island in the Republic of the Marshall Islands.

How does JICA view the Indian renewable energy sector in terms of investment opportunities? What are the key challenges that this market currently faces?

In order to meet the increasing demand for electricity in the country, massive capacity additions are required in India’s energy generation sector. Despite the fact that India has surplus energy, it is facing huge problems in the power space, which is impacting electricity supply to all needy people. Around 25 per cent of the power generated is lost in transmission, making it difficult to distribute power in all areas.

The Government of India is running one of the largest and most ambitious renewable capacity expansion programmes in the world. In 2019, at the UN Climate Summit, India announced that it will more than double its renewable energy target from 175 GW to 450 GW by 2022. At JICA, we understand the gaps that need to be plugged and see a huge investment potential in the Indian renewable energy sector. Renewable energy is a sustainable substitute to traditional energy resources and our support to the sector is one of the ways in which we help mitigate environmental concerns.

What is JICA’s exposure in India in terms of capacity and finance?

JICA’s ODA loans to IREDA have enabled the implementation of over 869 MW of renewable energy capacity in the solar, wind, hydro and biomass segments. The bulk of JICA’s financing in India’s renewable energy space has been in the wind power segment in terms of loan amount as well as capacity. A total loan value of about JPY 34.25 billion was sanctioned by JICA for these projects. The 200.8 MW Tadas wind energy project was the largest project to have received JICA’s ODA loan, followed by the 179.7 MW Bindu Vayu Urja Private Limited. In terms of loan amount, the highest was JYP 5,000 million for Tata Power’s  158.5 MW wind power project. It was followed by JYP 3.971.58 million for ReNew Power’s wind project.

Given the changing financial environment, how do you see JICA’s role evolving in the Indian renewable energy project financing space?

We understand the responsibility attached to financing projects in India and thus we contribute to the sector by studying all the critical aspects of a project. With the Government of India’s increased focus on the sector, our collaboration with the government is ongoing, irrespective of the financial environment. Apart from ODA loans, we suggest solutions by way of technical cooperation and transfer best practices from Japan to make efficient use of all available resources.

JICA is building capacities in the sector through its knowledge co-creation programme, wherein young leaders are invited to Japan to learn basic technologies and systems in the field of renewable energy. The programme contributes to future problem-solving efforts and raises awareness on development issues such as reduction of air pollution, thereby leading to better living environments. This programme is held in Kitakyusyu, which has a historical background and is one of the most advanced areas to promote clean energy in Japan due to its efforts to build a “smart community”.

What are some of the best practices that India can adopt from other countries?

India’s efforts in the sector have been growing. This makes it imperative to ensure that learnings from other countries are adopted to support the government’s vision. The international best practices that can be adopted in India include imbibing renewable energy technology for solar heat utilisation and for solar, wind, small-hydro, biomass  and geothermal power generation. Through these practices, effective utilisation of technology for battery energy storage, smart grid deployment and effective use of hydrogen can be learnt. Japan portrays a real-life case study for countries facing challenges in adopting low-carbon societies and renewable energy, and to revitalise local communities by using clean energy and binary cycle generation.

What is JICA’s plan for the near future in the renewable energy and energy storage space?

JICA identifies the need for a robust energy ecosystem and wishes to strengthen the growth of the sector in a sustainable manner. It aims to modernise the energy sector in India through renewable energy and energy efficiency. JICA’s vision is in line with the Government of India’s Vision 2022 and it will continue to support the sector through the modernisation of transmission and distribution lines, promotion of energy efficiency and conservation projects, the implementation of new and renewable energy initiatives, and ensuring grid stabilisation in the country.

JICA is currently supporting two energy storage space projects –  construction of the Turga Pumped Storage Project (4×250 MW) and the Purulia Pumped Storage Project (4×225 MW) in West Bengal. A pumped storage power plant works as a large storage battery to generate power during peak demand periods and pumps from a lower dam to an upper dam during low-consumption periods such as at night. The variable-speed technology developed in Japan facilitates adjustments to the energy output, a feature that is suitable for renewable energy. Going forward, JICA’s projects will be aimed at empowering communities, with a special focus on revitalising Tier II and Tier III communities. The objective of such financing is to support this group in increasing its daily income and leading better lives.