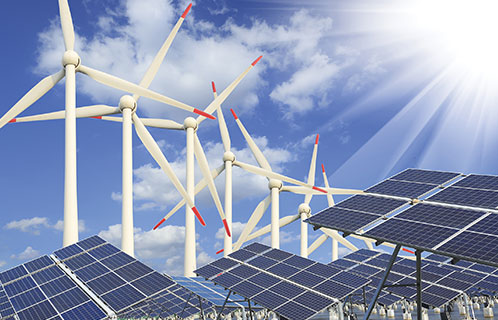 Solar Energy Corporation of India’s tender for setting up 1.2 GW of renewable energy projects with guaranteed peak power supply has been oversubscribed by 420 MW. Three bids of 900 MW, 600 MW and 120 MW were received from Greenko Group, ReNew Power and HES Infrastructure, respectively. While the tendered capacity was 1,200 MW, the bids totalled up to 1,620 MW. As per the tender, the selected projects would be eligible for two-part tariffs: peak tariff and off-peak tariff. The energy generated during the off-peak hours would be eligible for a flat tariff payment Rs 2.70 per kWh, while the energy generated during peak hours would be purchased at the tariff discovered through e-reverse auction.

The National Wind-Solar Hybrid Policy, which was released in May 2018, has set a capacity target of 10 GW by 2022. Over time, it has served as a guideline for releasing tenders and allocating capacity to bidders as well as a basis for the states to develop specific wind-solar hybrid power policies. The primary aim of this policy is to provide a framework for the promotion of large grid-connected wind-solar systems for optimal utilisation of transmission infrastructure and land, to reduce the variability in renewable power generation, and to achieve better grid stability.

The policy specifies that for fixed speed wind turbines connected to the grid with an AC induction generator, the integration can be on the HT side of AC output bus. Meanwhile, for variable speed wind turbines with inverters, the wind and solar power system can be connected to the intermediate DC bus of the AC-DC-AC converter. The sizing of the system would depend on resource characteristics. At good wind sites, the size of solar components could be smaller and vice versa for better utilisation of transmission infrastructure. An important point of the policy is that a wind-solar power plant is recognised as hybrid only when the rated power capacity of one resource is 25 per cent of that of the other resource.

As per the national policy, new wind-solar hybrid power plants may be used for captive purposes, sale to a third party through open access, and sale to discoms through competitive bidding or at the average power purchase cost under the renewable energy certificate mechanism. Power procured from hybrid power systems could be used to fulfil solar and non-solar renewable purchase obligations in proportion to the rated capacity.