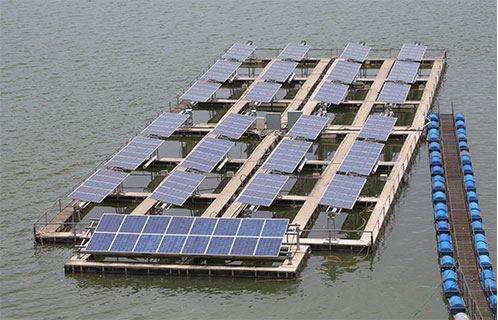 The Bihar Electricity Regulatory Commission (BERC) has approved Rs 4.15 per kWh as the tariff to procure 2 MW of power from floating solar PV projects in Darbhanga. This tariff was proposed by the Bihar State Power (Holding) Company Limited and Bihar Renewable Energy Development Agency. Further, BERC has stated that the procurement would meet the stipulated long-term renewable purchase obligation trajectory of the distribution companies. The power from the project is to be purchased by the North Bihar Power Distribution Company Limited and the South Bihar Power Distribution Company Limited.

The bright prospects of the Indian floating solar market are evident from the results of the first and lone auction conducted by SECI in November 2018 for a 150 MW floating solar project at the Rihand dam in Uttar Pradesh. The auction saw tariffs going down to Rs 3.29 per kWh, which is quite comparable with ground-mounted solar project tariffs in the state. This is despite the high cost of floating solar projects, which is offset by improved power generation over a period of 25 years. The various technical and economic advantages of floating solar combined with its vast potential have made it a popular choice among large organisations such as NTPC Limited. NTPC alone has about 196 MW of floating solar projects under implementation at its various premises while over 55 MW of new projects have been tendered by the company during the past few months. This includes a 100 MW project being executed by Bharat Heavy Electricals Limited at Karimnagar, Telangana, and a 70 MW project by Tata Power Solar at Kayamkulam, Kerala. Other entities have also issued tenders for installing floating solar projects including SECI’s 250 MW tender in Tamil Nadu and the National Hydro Power Corporation’s 50 MW tender in Kerala. As per media reports, at least 25 floating solar projects have been tendered as of October 2019 and some of the them are already under implementation, while more than 1.5 GW of new projects are at the planning stage.