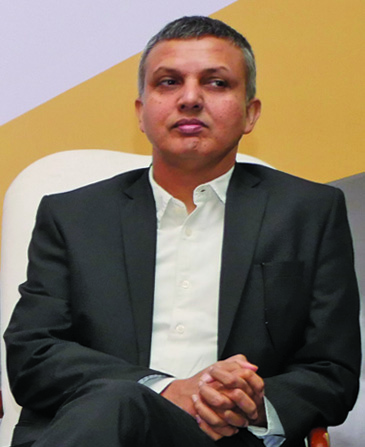 The largest power producer in the country, NTPC is actively diversifying its portfolio with a focus on renewable energy. It is making rapid strides in the solar power space to meet its green energy commitments by tendering new capacity and manufacturing its own assets. Mohit Bhargava, executive director, renewable energy, NTPC, talked about NTPC’s journey in the solar power space, its future plans and outlook for the segment at a recent Renewable Watch conference. Excerpts…

NTPC’s role in the renewable energy space has evolved over the past few years. When solar power installations began in India, the tariffs were very high at Rs 15 Rs 16 per unit. Thus, the central government decided to incentivise solar power uptake and a quasi feed-in tariff mechanism was introduced. Under this, solar power was bundled with thermal power from NTPC and sold to utilities, making NTPC the de facto procurer of solar power in the country. The company became an intermediary between solar power developers and discoms, thereby providing counterparty guarantees and ensuring timely payment to developers. Developers were paid in time, irrespective of whether state utilities were paying NTPC as per schedule or not. This measure was a part of the government’s intent to provide a legitimate risk mitigation cover to developers since solar power was a new segment at the time.

Over time, solar power tariffs have dropped dramatically to below Rs 3 per unit levels. So the situation where solar was bundled and sold with coal has now been totally reversed. In fact, there is a scheme on flexibility in generation and scheduling of thermal power plants to reduce emissions. As per the scheme, coal can now be bundled with solar or coal-based power can be replaced with solar power whenever the latter is available. This is logical as coal prices and the cost of variable energy of coal-based power have gone up. Moreover, solar power prices are now at par with the energy charge rate of coal-based plants provided the transmission charges are waived.

Thus, once a pure counterparty guarantee and risk mitigation provider on behalf of the government for solar power development, NTPC is now focused on creating its own solar power assets. It is actively participating in the solar power auctions being conducted by the Solar Energy Corporation of India (SECI) and the state authorities, and winning them as well. Today, NTPC aims to create a large base of installed renewable power capacity on its own balance sheet. NTPC’s previous role of a counterparty guarantee provider has also reduced, with SECI conducting regular bids and taking responsibility for the bulk of tariff-based competitive bidding for developers.

NTPC is not using captive solar power to a large extent. The reason is that it can use captive power only for powering its townships, which are located near its large coal-based plants. Most of its solar power projects are located in off site locations and do not require townships as they are manned by very few people. Thus, small solar projects are used at some of these townships while they are largely powered by grid-based power.

The solar power industry is a purely competition-based market. Developers looking to expand capacity need to bid at competitive prices in order to stay in the game. NTPC faces the same challenges as other developers in the solar power segment. The major issues are land availability, transmission connectivity and demand for solar power. The general consensus regarding recent tenders conducted by both SECI and NTPC is that they have been largely undersubscribed. There have also been issues regarding timely payment to discoms and renegotiation of power purchase agreements (PPAs), which are creating an overhang on the entire segment. For these reasons, many developers backed by international investors have adopted a wait-and-watch approach and the flow of capital into this segment has also been constrained.

The Ministry of New and Renewable Energy has been quite proactive in its efforts to address the various issues being faced by developers in the solar power segment. To address the issue of land constraints, the government has introduced a scheme for ultra mega renewable energy power parks (UMREPPs). Under this scheme, the central PSUs and state entities have been roped in to identify land and set up large-scale renewable energy parks. These UMREPPs could have capacities of 2 GW or more. The aim is to make land available for developers to set up their power plants. NTPC is exploring possible sites in Rajasthan, Gujarat, Madhya Pradesh, Andhra Pradesh and Maharashtra and is in the process of identifying land banks for 18-20 GW of capacity. Of course, land procurement is riddled with various issues and can be delayed.

Regarding solar power tariffs, the central government has issued a guideline, setting a ceiling tariff of Rs 2.75 per unit. Generally, once a ceiling tariff is defined, developers bid at that tariff only. That said, procurers are buying solar power today even at Rs 2.75 per unit. This is a clear cost saving as compared to the Rs 3.30 per unit average power purchase cost for any discom. The waiver of transmission charges by the government to incentivise solar power is an added benefit to procure solar power.

NTPC is now looking at renewable energy in a holistic manner, which includes energy storage systems as well. Energy storage for NTPC is not limited to batteries, but also includes pumped storage and other options. In fact, the company is also exploring hydrogen as a viable energy source and has entered into an MoU with an international organisation for expansion in this area. The immense potential of hydrogen is now being discussed at various national and international forums, and hydrogen is also often dubbed as the “fuel of the future”.

With NTPC planning to install significant renewable power capacity, it has a favourable opportunity to create “green hydrogen”, which is another name for hydrogen produced using green power. At present, hydrogen that is being produced in the country and consumed by industries such as steel, cement and refineries uses coal or natural gas. NTPC, on the other hand, is exploring the production of green hydrogen though the issue of cost-competitiveness still exists. However, if the production is scaled up and costs are brought down, this could indeed be a viable power source.

NTPC believes that solar power provides a wonderful opportunity to the states to reduce their carbon footprint, which is a big bonus given the current situation of the country. It also gives an opportunity to cut costs, as the cost of fossil fuels will keep increasing while solar power will be sold at a fixed PPA price for 25 years. Thus, the affordability and carbon-free nature of solar power are the major factors working in its favour.