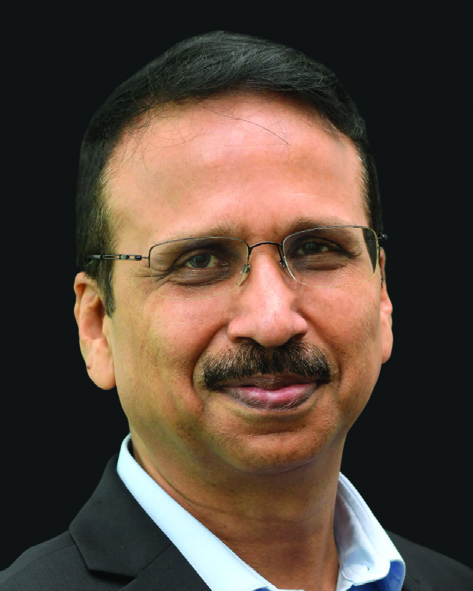 Falling tariffs, dwindling contract sanctity, power evacuation issues and non-performing assets in the thermal power sector are among key reasons behind financiers’ flinching confidence in the country’s clean energy sector. However, factors such as cost competitiveness, climate goals and advancing technologies have been driving the growth of renewables to emerge as one of the most attractive investment opportunities. This is also paving the way for several global funds to set up shop in the country. One such fund is EverSource Capital, which decided to invest in the renewables space in 2018 and has since made significant progress. In a recent interview with Renewable Watch, Satish Mandhana, senior managing director and chief investment officer, EverSource Capital, shared his views on the current state of the sector, the key risks faced by investors and the way forward…

In your opinion, what were the key highs and lows of the renewable energy sector in 2019?

The year 2019 saw continued flow of tenders by the Solar Energy Corporation of India (SECI) and NTPC Limited. There has been a significant progress in the rooftop space as well. However, the renewable energy sector has been impacted by persistent non-resolution of issues faced by developers in Andhra Pradesh as well as reduced availability of debt finance from the banking sector due to renewables being clubbed with the relatively more challenged conventional power sector.

What is the current state of the renewable energy sector in India?

Consolidation has begun and going forward, the renewable energy sector will see more consolidation amongst players. Also, the sector needs to accelerate the transition to competitive firm power in order to emerge as a preferred choice over conventional sources by discoms. It cannot be just dependent on the push provided by the renewable purchase obligation (RPO) framework and be solely driven by the credibility of SECI and NTPC as power offtakers.

What are the biggest challenges faced by the sector and which of these are likely to be resolved?

Today, there are four key challenges faced by the renewable energy sector. One, making discoms bankable by improving their financial health so as to improve renewable power offtake; two, ensuring the sanctity of contracts for long-term local and global investors, given the implied sovereign risks that undermine global investor confidence; three, making the grid smarter as renewables begin to contribute over 10 per cent to the national energy mix; and four, creating a regulatory framework for higher integration of renewables. Although these tasks are difficult to achieve, they are all resolvable, so long as all stakeholders are on the same page on issues of mitigating climate risk, promoting healthy environment and minimising energy costs.

According to you, what are the most promising opportunities in the sector?

The hybridisation of renewables with energy storage systems is going to be the next big market opportunity as it will help grid operators manage peak power and also facilitate decentralised power generation.

What have been the key concerns of investors?

Actions akin to recent moves by the Andhra Pradesh discoms, poor financial health of most of the state discoms, the declining appetite of banks for renewable energy projects and programmes, and continued ground-level challenges in implementing open access-based plants are the biggest worries of investors. Addressing these will certainly help the sector attract more investment.

How do you see the sector landscape changing in view of the current developments?

The renewable energy sector in India will see the emergence of large-scale capacity players, driven by both organic and inorganic growth. Issues and challenges notwithstanding, renewables will continue to be the most competitive source of energy.

Do you see a changing role of foreign capital and commercial banks in the domestic renewable energy market?

Subject to timely resolution of disputes between the discoms of Andhra Pradesh and renewable energy players in the state and continued support from the central government on assured power offtake as well as on the policy formulation front, foreign capital will continue to be a significant player in this market. Moreover, the commercial banks’ inability to adequately fund the sector will lead to ceding the market to bonds and to other forms of capital beyond loans.

How has been the company’s journey in the sector so far?

EverSource Capital is a joint venture between Everstone Capital and Light Source BP (Europe’s leading solar power developer). It focuses on green investments and manages the Green Growth Equity Fund (GGEF), which has NIIF and the UK government as anchor limited partners (LPs). The fund has the flexibility to invest at any stage of the business life cycle as long as the business is capable of a rapid scale-up, thereby, in most cases, requiring a large pool of capital for its organic and inorganic growth.

EverSource has already committed Rs 20 billion from its own fund as well as through its LPs and co-investor in two of its portfolio companies — AYANA Renewable Power and Radiance Renewables. AYANA is focused on utility-scale play in India, whereas Radiance is concentrated on distributed generation, including supporting other portfolio companies of EverSource such as Green Cell Mobility, which is a green mobility platform involving electric buses and other electric vehicles.

Do you see any prominent new sources of finance emerging in the renewable energy market?

India needs to channelise both domestic and international green capital in this sector and every landing institution needs to embrace the climate cause by earmarking a portion of its portfolio towards green ventures including renewable energy. Today, sustainability is still far from the core of corporate strategy, but it must move to the centre of corporate strategy going forward. This will create enormous market opportunities for sustainability focused funds.

Does there seem to be any correction in sight in 2020?

Dwindling appetite from developers can be a sign to such a correction. However, the same can be avoided by timely intervention on the policy front by expeditiously aligning the power purchase agreement (PPA) terms between solar and wind project developers and discoms. This will take away the risk of payment delays by linking the date of commissioning with the date of tariff adoption (a must for financial institutions and banks to release loan). This will, in turn, encourage hybrid bids for delivering firm power and a policy on PPA tariff harmonisation. Above all, even if the renewable energy sector goes through a phase of correction and consolidation, it will bounce back sooner than later as pure economics of cheaper power will drive growth in this space.