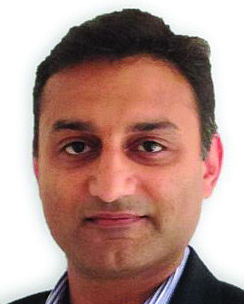 Dr Anuvrat Joshi has had an eventful journey of over 20 years, from being an academician to his present role as director and head of business development at Cleantech Solar, a solar IPP. During his career, he has worked in investment banking, power and solar sectors. After obtaining a bachelor’s and a master’s degree in physics from IIT Kanpur, Joshi went on to get a PhD on the subject from the University of Cincinnati as well as a post-doctoral fellowship from the National High Magnetic Field Laboratory in the US. Interestingly, he then decided to change his career from theoretical physics to investment banking.

In this space, he has worked with Credit Suisse and Deutsche Bank in New York with a focus on the power sector including renewables. He then moved to First Solar, New York, leading M&A and project finance activities during 2009-14. He divided his time between the North American and Indian markets. This prepared him for his current role at Cleantech Solar, where he has been leading business development since the company’s inception in 2015.

The most rewarding assignment for Joshi has been his work with Cleantech Solar due to the wholesome experience gained in building the company from a start-up to a market leader. In his view, “The corporate solar sector has evolved from an initial focus on on-site projects to an equal emphasis on open access projects, aided by consistent efforts of developers like Cleantech Solar, right regulations and greater cost-effectiveness of solar.” He believes that the company’s decision to focus on selling power to large corporate customers has worked out well and its solar projects will continue to help its customers transition to a cleaner and cheaper energy mix. “The renewable industry should respect the contribution of governments and taxpayers worldwide to make renewables a commercially compelling proposition. However, our government needs to enable fair, consistent and uniform solar power regulations across India to truly deliver its full value to the nation,” he says.

He believes in selecting few right people for the job rather than going for numbers. According to him, quality people, if given proper guidance and scope of authority, tend to deliver incredible results. Joshi enjoys running. A food and wine lover, he enjoys exploring places with great food and ambience. He believes improving infrastructure has the greatest impact on the quality of life and productivity of a nation – he likes to dedicate time and energy to projects that can improve infrastructure. At some point in the future, he would like to find a way, whether through a book or other means, to share his thoughts and learnings with the world.