Power demand in Rajasthan has increased steadily over the past several years. The growing demand was initially met by conventional power sources, which helped the state achieve self-reliance. Of late, the state has shifted its focus to renewable energy sources such as solar and wind power, which have become commercially viable. As of October 2019, the solar and wind capacity in Rajasthan stood at around 4,738 MW and 4,300 MW respectively. To give a further fillip to the solar and wind segments and address the issues of intermittency, the state government recently introduced two new policies – the Rajasthan Solar Energy Policy, 2019 and the Rajasthan Wind and Hybrid Energy Policy, 2019. Renewable Watch provides a summary of the two policies…

According to the new policy, Rajasthan has a solar potential of 142 GW. In view of this, the state has set a target to install 30 GW of solar capacity by 2024-25. Of this, utility-scale solar parks will account for 24 GW, distributed generation for 4 GW, and rooftop solar plants and solar pumps for 1 GW each.

To promote rooftop solar projects, both net metering and gross metering have been allowed, albeit with some restrictions. For instance, the new policy allows rooftop solar capacity addition of up to 50 per cent of the distribution transformer capacity, but with a 1 MW capacity cap.

A positive highlight of the new solar policy has been the promotion of renewable energy-based charging infrastructure for electric vehicles (EVs). In the next five years, the state government will provide land at half the price for the first 500 clean EV charging stations. Moreover, electricity duty and transmission and wheeling charges have been waived for such infrastructure.

While the new solar policy aims to address the challenges of open access consumers, there are no major incentives to promote open access sale of solar power. There is a 50 per cent concession on the normal transmission and wheeling charges for open access of solar power for the first seven years. However, the compulsory contributions to the Rajasthan Renewable Energy Development Fund (RREDF) may discourage developers from taking the open access route. 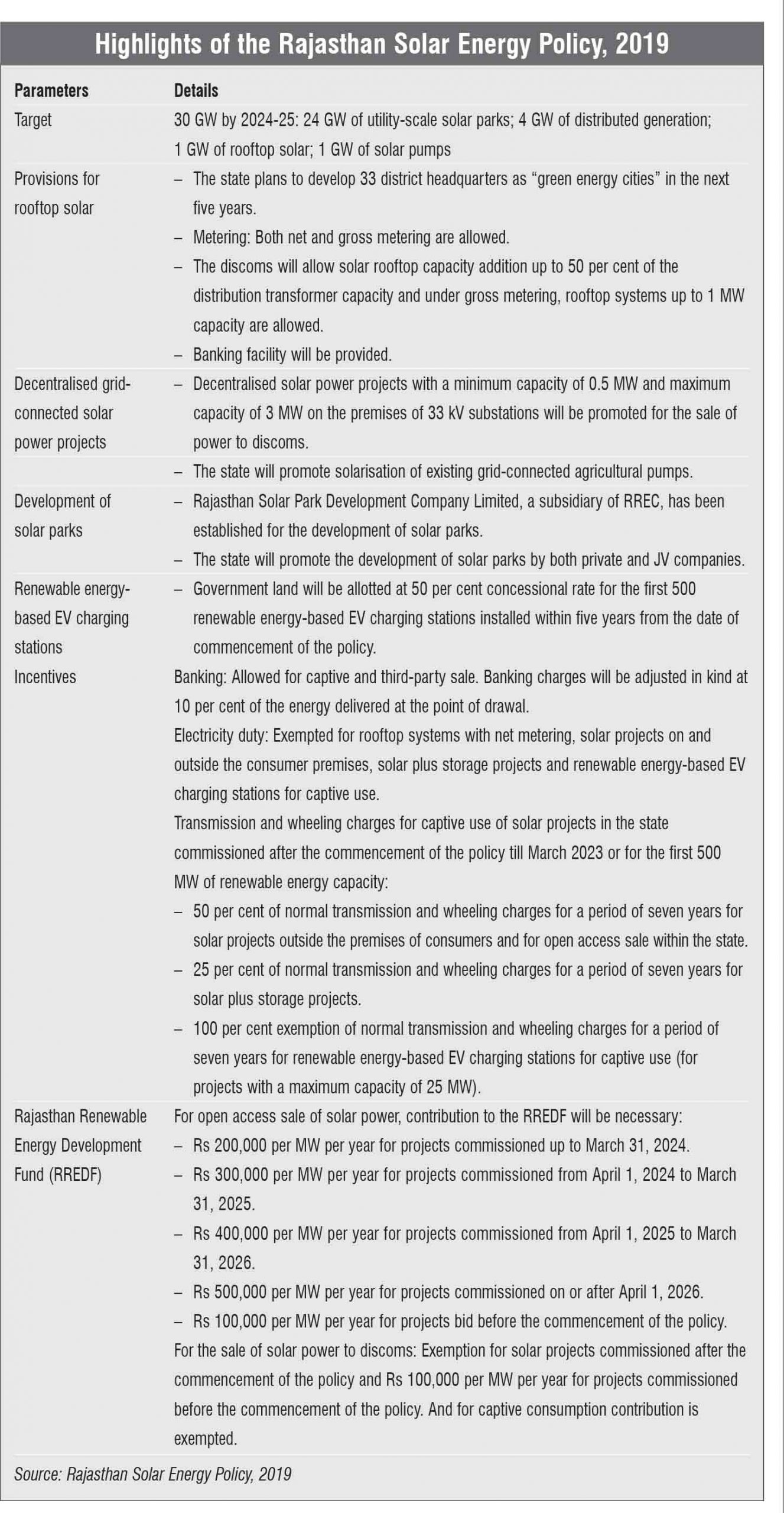 Prior to the launch of the new wind and hybrid energy policy, the Policy for Promoting Generation of Electricity from Wind, 2012 was in effect. The new wind policy also incorporates hybrid energy systems. The policy has set a target to set up 2 GW of wind capacity by 2024-25 for the fulfilment of the state discoms’ RPO mandates, and support an additional 2 GW of wind projects for captive consumption and open access sale. The total hybrid target has been set at 3,500 MW. The state plans to set up brownfield and greenfield wind-solar hybrid projects of 200 MW and 2,000 MW, respectively. The target for wind-solar hybrid projects with storage is 500 MW. A positive policy initiative has been the blending of conventional power with renewable energy sources to tackle intermittency and reduce the cost of power. The target for this is 800 MW. 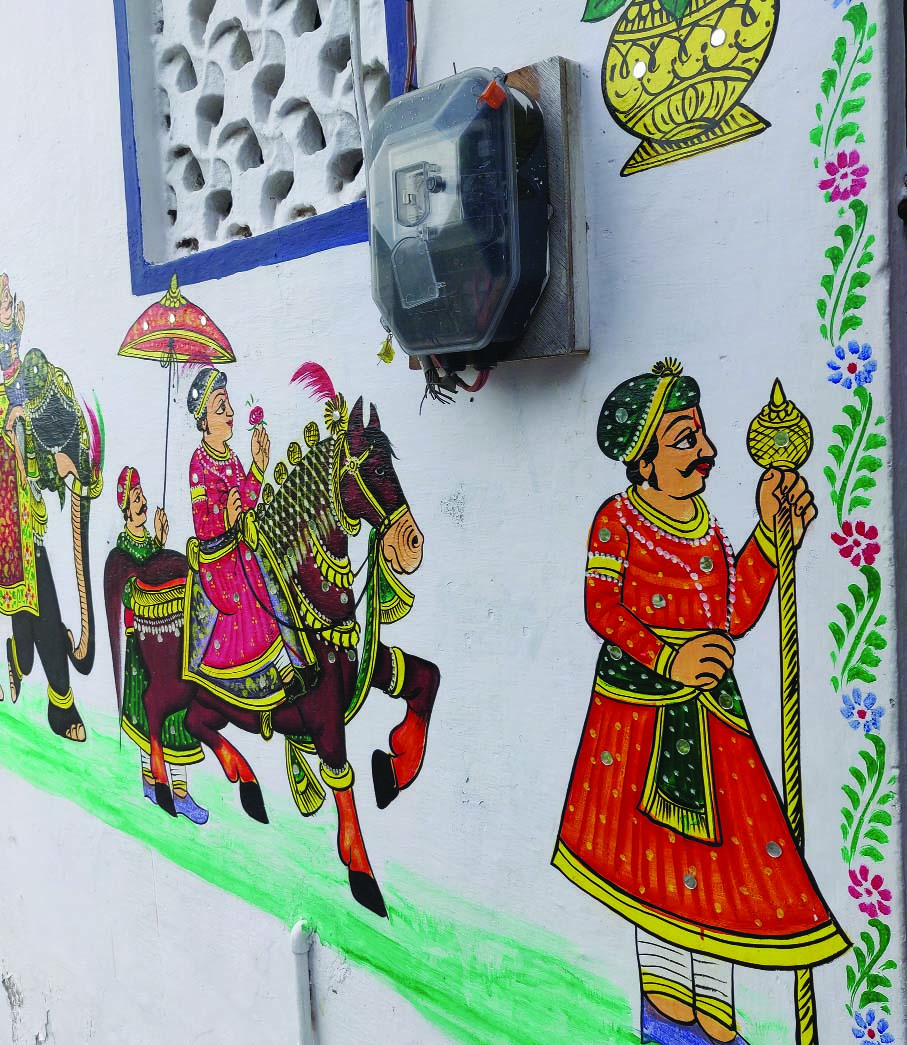 The policy has underscored the need for repowering old wind turbines that have been operational for more than 10 years. To incentivise repowering, the state will charge only 25 per cent of the normal transmission and wheeling charges for a period of seven years for captive use. The same concession will apply to wind projects and hybrid plus storage projects.

All in all, both policies have been formulated in view of the future of the energy grid. The incentives provided to promote renewable energy-based EV charging infrastructure (may be given to only public institutions) and repowering of old wind turbines are steps in the right direction. However, policy directions alone cannot provide a fillip to the renewable energy sector. Going forward, the new policies should be complemented with favourable open access regulations and a robust transmission infrastructure, which can together help realise the state’s renewable energy potential.