With the discovery of low tariffs in recent solar auctions, the focus has shifted gradually to plant performance. Due to a lack of proper regulations, performance issues are now becoming unmanageable. At a recent conference on “Solar Plant Performance”, organised by Renewable Watch, industry stakeholders discussed the degradation levels of some solar plants, and the new and emerging technologies for improving performance; shared interesting case studies; and underlined the importance of accurate data collection. Excerpts… 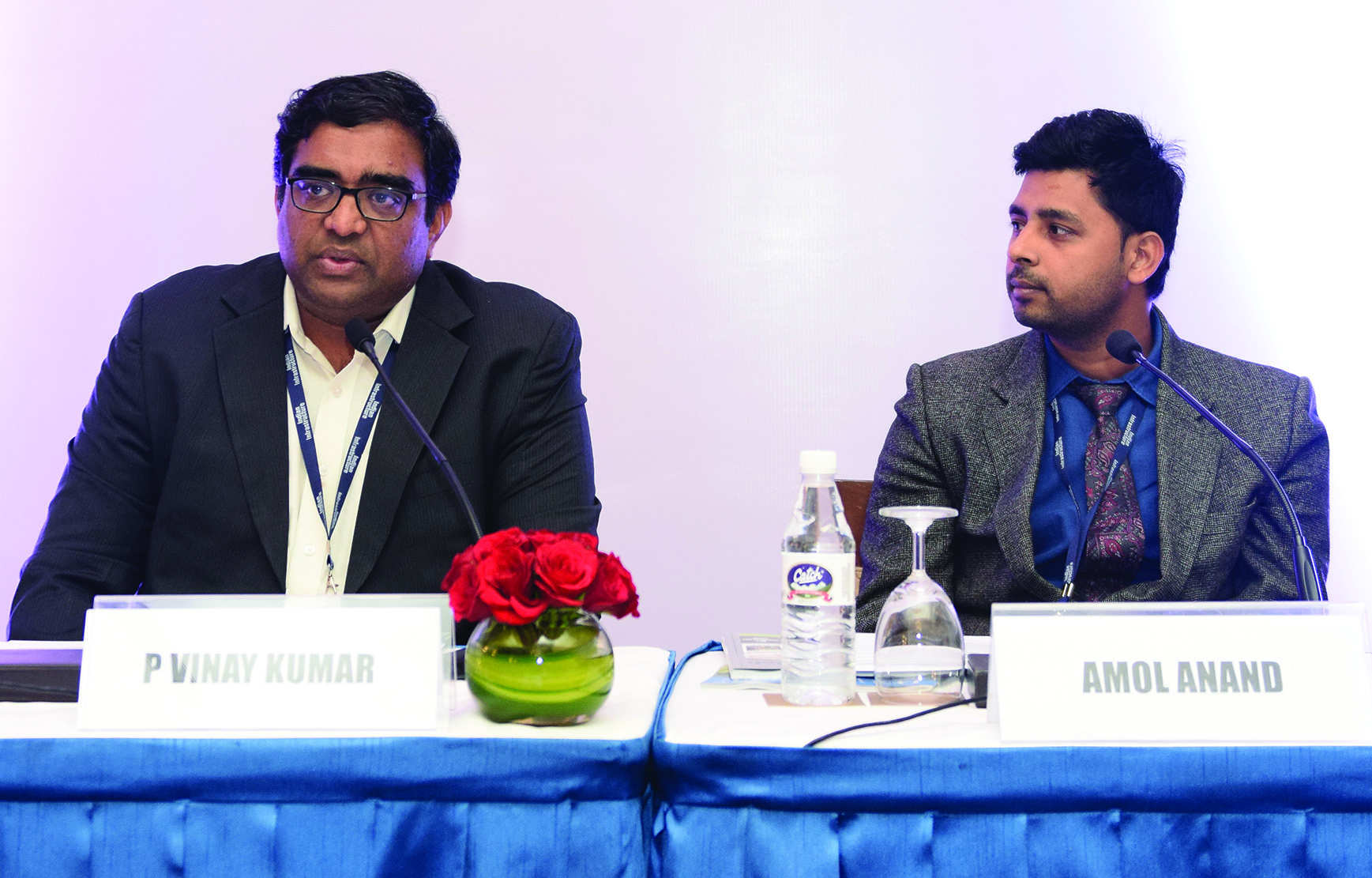 India has a 40 GW rooftop solar target but only 4 GW has been intalled so far. There must be reasons for this lackadaisical performance. Everybody is rightly concerned about the collection of data, as for taking the right decision you need not only data but also accuracy in data.

Loom Solar collects data at the module level. We have developed an AC PV module. It is a solar panel that is integrated with a DC to AC microinverter. Developers can operate these inverters from anywhere in the country, thus helping in reducing operational costs.

Developers bid for solar plants keeping cost considerations in mind. They need solutions to help reduce manual work and should, therefore, adopt new technologies in which solar panels are inbuilt with microinverters. The issue with a traditional solar plant is that when the inverter fails, it has to be replaced. And, for many days, the solar power plant remains shut till the inverter is replaced. But with AC modules, in which a single panel generates AC power, the failure or degradation of one PV module does not impact other PV modules.

There are many challenges associated with the electrical equipment used in solar plants. Solar PV modules have a 25-year warranty but inverters only have a warranty of five to seven years. Also, the balance system (BoS) does not last for 25 years.

While developing a solar plant the discussion should revolve around three major components of a solar system: Solar panels, inverters and the module mounting structure. All these three are a very important part of the solar plant and there should be a quality control on all of them. Currently, the discussion only revolves around PV modules and not the entire BoS. This has to change.

We should definitely do something for improving the quality of rooftop solar systems. I see various solar plants that have not been installed properly or are under- performing. This is because earlier there were no norms notified by the Bureau of Indian Standards that could guarantee reliability of the products used in solar plants. The government should, therefore, focus more on promoting new technologies that are reliable in the long run.

We have studied various rooftop solar installations in Australia and the US. Almost 80 per cent of these markets use AC PV modules with microinverters. I believe, going forward, India too will adopt this technology.

The solar industry has built solar power plants at a fast pace. The installed solar capacity has now crossed the 36 GW mark. However, little attention has been paid to the maintenance of these assets. Considering the extremely high sensitivity of solar generation to the internal rate of return (IRR), it is ironical to see how little attention is given to generation. For clarity, I will categorise the issues in solar plant performance as – process, construction, equipment, and operations and maintenance (O&M). Project developers focus on plant construction in order to meet the commissioning timelines in the least cost and also the IRR numbers.

I will share an interesting example of one of the largest solar plants in India. It is an 873 MW solar plant set up at a single location and belongs to a single developer. During the project designing phase, the developer looked to maximise the solar capacity given the land constraints. So, the ground coverage ratio (GCR) was calculated and, on an average, for every megawatt 3.7 acres of land was used. This was the record at that time. It was only after the commissioning of the plant that it was realised that although the GCR was maximised, the road space became limited and that made it difficult for a water tanker to operate and for solar modules to be cleaned.

These days it is rare for a developer to analyse the correlation between quality of data set and actual field conditions. Plus, there are constant interactions among investors, lenders and developers, which result in the circulation of spurious data. Developers at times share separate PVsyst reports with lenders and investors. And it is the developers who have the actual version of the PVsyst reports. In fact, the accuracy of the PVsyst reports that are with the developers too can be questionable. I have seen some forward-looking developers who have set up their own solar resource assessment teams and do not rely on third-party data sets to carry out simulations. Also, it is rare to see the collection of string level data.

The construction quality has deteriorated over time. This is because in a typical 50-60 MW solar plant, developers have to deal with very stringent timelines. The compromise in quality has implications on the operational performance of solar plants. Often the best talent in a company is involved in project construction, bidding and business development. At times, the O&M department is not given priority and this reflects on plant performance.

In the past one year, I have personally analysed close to 2 GW of solar projects and the overall picture looks dismal. What was promised, simulated and underwritten earlier by lenders and investors is not coming true. There are huge deviations.

I will share the case of an 80 MW solar plant in Maharashtra that was set up by one of the best developers and one of the most quality-conscious engineering, procurement and construction contractors in the country. For that solar plant, the I-V tracers showed a degradation of close to 8.2 per cent. The sample size were quite large and close to 10 per cent of the modules was sampled at the site. Still, the methodology and the accuracy levels of the instruments were questioned.

Finally, a mobile van was hired to check the degradation. The mobile van gave a reading of 4.2 per cent 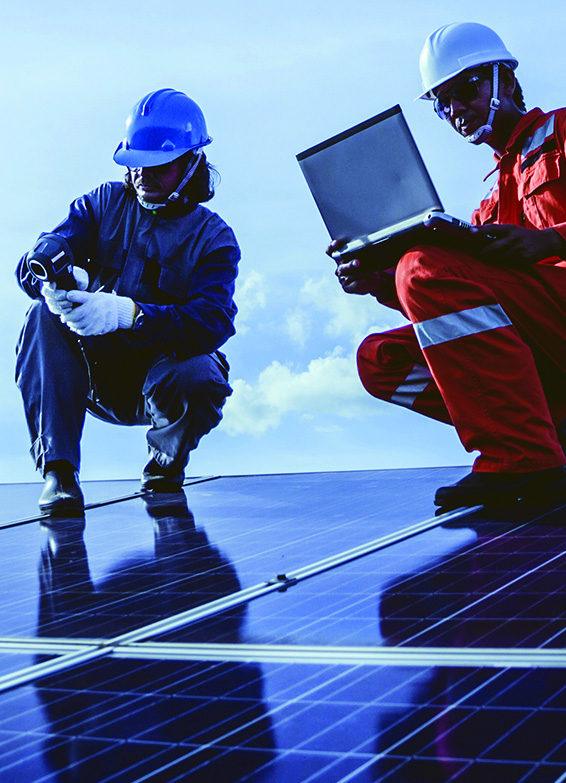 degradation. Even that was disputed. Finally, the modules were tested in a lab, which reported a slightly lower percentage of degradation. The point is that even a degradation of 4.2 per cent over the course of one and a half years translates to around 2 per cent degradation per year. And this is from one of the best constructed solar plants in India in which equipment from Tie 1 Chinese companies was used.  However, I would still say that the future outlook is not very disturbing. Although we cannot blindly trust the performance of a solar plant based on the brand of modules, the people behind the construction or the investor behind the asset, we really need high-level data, which is hard to come by in the current scenario.

There is very little data available on the performance of rooftop solar plants. Data collection for these projects is much more challenging. I believe generating 1.5 million units per MW per year from a rooftop plant makes for good performance.

Going forward, data collection will need to be made more efficient, not just at the central or string inverter level but at the module level as well. I think that will be a big plus for enabling further understanding of plant performance and also for taking corrective action after interpreting the collected data. This will involve major investments but it will be worth it.