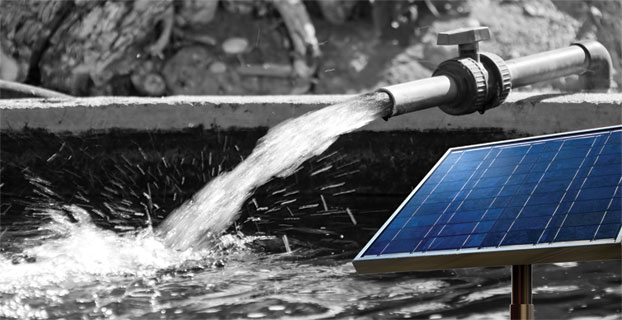 The Ministry of New and Renewable Energy (MNRE) has issued a clarification for the Pradhan Mantri Kisan Urja Suraksha evam Uttham Mahabhiyan (PM-KUSUM) programme which states that the distribution companies can pass on the procurement-based incentive given to them by the central government under Component A of the programme to the renewable energy project developers to get a more competitive tariff. As per the clarification, the implementing agencies can invite a single bid under Component A of the programme based on a pre-fixed levelised tariff for the installation of projects for all the distribution sub-stations in the state or within the distribution company’s area of operation.

On February 19, 2019, the Cabinet Committee on Economic Affairs, chaired by the prime minister, approved the Kisan Urja Suraksha evam Utthaan Mahabhiyan (KUSUM), more than a year after it was announced in the Union Budget 2018-19. Broadly, the KUSUM scheme is aimed at promoting the use of solar energy in the agricultural sector. This will be done through the extensive solarisation of existing pumps, the installation of new solar pumps, and the establishment of grid-connected ground-mounted solar power plants. According to the KUSUM website, the scheme will end in 2021.

The KUSUM scheme has a total outlay of Rs 1,400 billion, to be distributed over a period of 10 years. Of this, the central government is estimated to contribute Rs 480 billion (34 per cent). The key features of the scheme are:

Small-scale power generation: The KUSUM scheme will also seek to replace diesel pumps with solar-powered pumps of about 720 MW.

Power from tube wells: The government is looking to install tube wells with a cumulative capacity of 8,250 MW.

Sale of excess power: Apart from the savings incurred by using solar pumps for irrigation, the KUSUM scheme helps farmers earn revenue by selling the excess energy from solar plants to the grid.

Duration: According to the KUSUM website, the successful implementation of the scheme would require central government support for at least 10 years.

Subsidy structure: In terms of the capital expenditure required for the provision of solar pumps and power generation systems, 10 per cent of the cost will be incurred by farmers, 30 per cent will come from bank loans, and the remaining 60 per cent will be provided equally by the central and state governments in the form of subsidies.

Components of budget allocation: Initially, the central government will provide an amount of Rs 220 billion for the distribution of solar pumps. The second phase of the programme will see the infusion of another Rs 48 billion by the relevant departments. The third phase will involve the solarisation of ordinary pumps, and the central government will disburse around Rs 157.5 billion for this purpose. Apart from this, Rs 50 billion will be required for the fourth and fifth (final) phases of the KUSUM scheme.