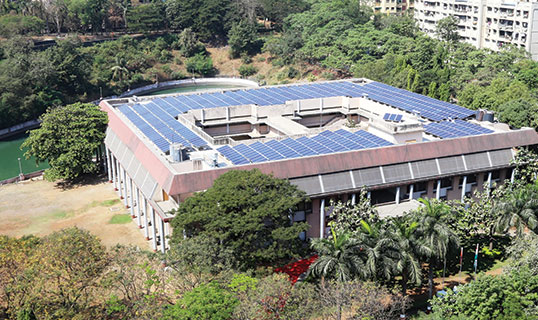 The South Bihar Power Distribution Company Limited (SBPDCL) has floated a tender for 5 MW of grid-connected rooftop solar projects across the state for the residential sector. The scope of work includes the design, supply, installation, testing, and commissioning of the projects along with integrated, comprehensive maintenance for five years. According to the tender guidelines, the interested bidders are expected to submit an earnest money deposit of Rs 200,000. The last date for the submission of bids is January 30, 2020.

The rooftop solar segment in India continues to face several policy and regulatory challenges, which have not been addressed despite strong criticism from the industry. While almost all states have issued net metering regulations, the common belief of net metering being the solution to all the challenges facing the segment is losing steam. This is because these regulations vary across states and most states not only restrict the maximum capacity of rooftop solar systems, but also have a cap on the amount of power that can be fed back into the grid, impacting the project economics. While rooftops and on-site land of consumers can usually accommodate more than 1 MW of solar capacity, there is a 1 MW limit for both capacity installation and net metering. This is largely because discoms are not ready to install net meters. Many developers have undertaken complicated studies to convince the discoms that a higher capacity can be set up on these rooftops. Another challenge is the variation in contract demand in different states. There is also the problem of policy uncertainty. A case in point is the overnight change in stance on net metering in Uttar Pradesh. Further, there is lack of awareness about net meters among engineers working in various discoms. The restrictive open access policies are an impediment, particularly for C&I rooftop consumers. Most of the states have put in place stringent open access rules, which are not possible to follow. In addition, most states continue to impose open access charges on solar projects.

A major roadblock in the residential rooftop segment is the small system size, which increases the payback period. Besides, many household owners want to use their terrace and do not want to accommodate solar systems. If they go for a raised structure to accommodate the solar system, the cost increases substantially, making the installation unviable. Moreover, rooftops are not uniform in India, which is a major pain point for developers. No efforts are being made to raise awareness in the residential segment. As the profitability from each project is very low, the developers or EPC players in this space have no incentive to go for large-scale awareness campaigns. As a result, only those residential consumers install solar projects who know about the technology and are passionate about shifting to clean energy. In this scenario, consumers approach entrepreneurs and not the other way round. Thus, the role of entrepreneurs has to change.