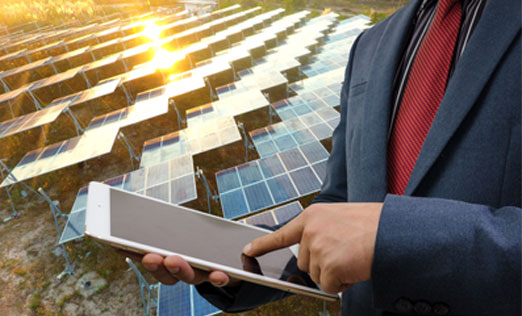 The Uttar Pradesh Electricity Regulatory Commission (UPERC) has issued draft regulations for forecasting, scheduling, and deviation settlement of solar and wind projects in the state. The proposed draft states that the procedure will apply to Uttar Pradesh State Load Despatch Center (SLDC), all solar (excluding rooftop solar) and wind generators in the state that are connected to the intra-state transmission system (ISTS) and having a minimum individual or combined installed capacity of at least 5 MW. The procedure will also apply to the solar or wind generators having a minimum capacity of 5 MW or more, using the power generated for self-consumption.

In April 2018, UPERC issued draft regulations for the forecasting, scheduling, and deviation settlement of solar and wind power generation. The regulations aimed at facilitating large-scale solar and wind capacity addition in the state while maintaining stability and security of the power grid.

The regulations were applicable for all wind and solar power generators that have a minimum project capacity of 5 MW and connected to the state’s grid. The draft regulations mandated wind and solar project developers to appoint a Qualified Coordinating Agency (QCA) for performing meter reading, data collection, and communication. The QCA was also made responsible for coordinating with the discoms, state load dispatch centers, and oversee the settlement of deviation charges.