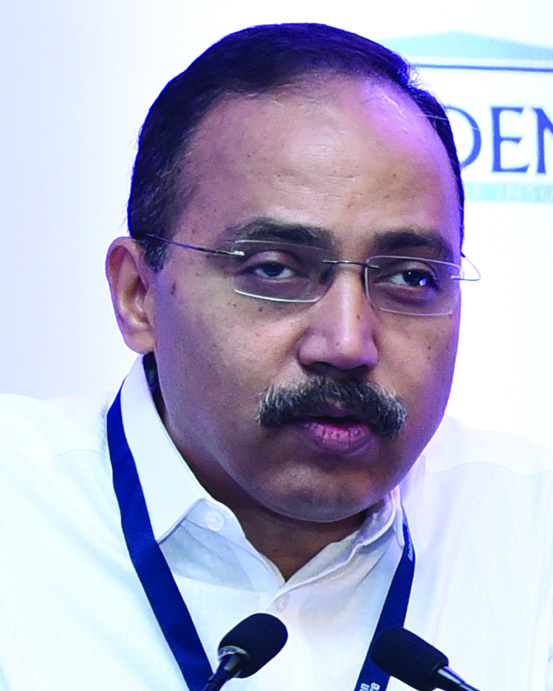 The year 2019 has been a difficult one for the renewable energy sector as projects ran into significant delays. Inadequate transmission infrastructure for evacuation and land constraints remained the key roadblocks besides other policy and regulatory irregularities. These issues led to delays in project tendering, construction and commissioning, thus restricting capacity additions and impacting stakeholder revenues. In a recent interview with Renewable Watch, J.N. Swain, managing director, Solar Energy Corporation of India (SECI), shared his views on the state of the renewable energy sector, SECI’s achievements and plans, and the outlook and challenges ahead. Excerpts…

What have been the highs and lows in the solar power segment in 2019?

The most noteworthy development in the solar power segment in India has been good participation in the manufacturing-linked solar PV tender. We floated two packages of 1 GW each for cell and module manufacturing, and ingot and wafer manufacturing. The cells and module tender was oversubscribed, indicating that the industry is keenly looking forward to more such tenders to bring solar manufacturing into India. Further, the year saw the successful conclusion of two wind-solar hybrid tenders as well as a 1,200 MW solar-wind-storage tender. The introduction of ultra mega renewable energy power parks will help in getting big solar power capacity on the ground. It will give a fillip to the development of large-scale solar parks, and we are confident that we will be able to attract more players, especially global fund-backed players, to the solar power segment in India. However, recent developments in Andhra Pradesh, where attempts to renegotiate power purchase agreements (PPAs) were made, have dampened industry sentiment. Meanwhile, wind power developers have faced issues such as getting land and right-of-way permissions in the wind-rich areas of Gujarat.

How much solar and wind capacity is expected to come online in 2019-20? Is India on track to achieve its renewable energy targets?

We expect about 7 GW of solar and 5-6 GW of wind power to come online in 2019-20. A primary reason for the shortfall is the extension of the project development timeline from 15 months specified earlier to 24 months. This is likely to push the commissioning of some capacity into 2020. The ambiguity around safeguard duties has added to the delays.

We believe that the country is on track to achieving the 175 GW renewable energy capacity target. Of the 100 GW solar capacity target, 31.7 GW has already been installed while 18 GW is under implementation and 36.2 GW under tendering. This leaves only 14 GW to be tendered in the next one year.

Of the 60 GW wind power target, 37.09 GW has been installed with 10.07 GW currently under implementation. Another 3.4 GW of capacity is under tendering. The remaining capacity of 9.4 GW needs to be tendered and awarded. Apart from this, 1.44 GW of wind-solar hybrid power projects are under implementation, with a 50:50 wind-solar capacity ratio.

Therefore, 153.11 GW of renewable energy capacity is at various stages of development, against a target of 175 GW. Of this, 137.97 GW is in the solar and wind power segments.

The proposed 7.5 GW Ladakh project may prove to be a game changer for the solar power segment in India. What is the status of the tender?

The tender for this project has already been floated. We are now requesting for the development of transmission capacity and tendering for the same is under consideration. The entire capacity has been envisaged to come online over a period of about four years.

What is your outlook on floating solar projects? When is the Rihand Dam project expected to be commissioned and is SECI issuing more tenders in this space?

We expect a good roll-out from now and are planning to bring out more floating solar tenders in states such as Jharkhand, Uttar Pradesh and Madhya Pradesh.

What is your view on the regulatory mechanisms required to maintain the sanctity of PPAs?

The insistence on letter of credits (LCs) will definitely improve the bankability of PPAs and provide more certainty as far as payment of energy charges to developers is concerned. It is a very good move and most discoms are adhering to this rule by offering LCs. However, the long-term solution for timely payments is improvement in the financial health of discoms. For this, the government and all stakeholders will have to work in tandem. It will primarily involve reduction of losses, in which UDAY II can play a critical role.

What is your perspective on payment-related challenges being faced by developers? Are the present and future tenders likely to be impacted by this?

The payment-related challenges are common across the energy sector and not specific to renewable energy generators. The financial health of discoms is not very good due to high commercial and technical losses. Meanwhile, discoms are dependent on the state governments for release of money for providing subsidies.

As far as the renewable energy sector is concerned, most discoms are prompt in making payments. There is no challenge in payments for PPAs with tariffs lower than Rs 3 per unit. The challenge is mainly for PPAs contracted at high tariffs. The Ministry of New and Renewable Energy has released several policy statements, ordering the states to honour the existing PPAs. Most states have accepted the ministry’s stand and the situation is only expected to improve in the future.

What are the corporation’s plans in the energy storage space?

We have brought out a 1,200 MW solar-wind-storage tender. Another 400 MW round-the-clock power tender has also been floated. We are planning to bring out more tenders in this segment, especially for battery and pumped-hydro storage. In fact, our tenders are agnostic towards the type of storage used by developers. We are also considering the creation of a market for hydrogen storage solutions, considering that these will be ideal to counter the intermittency of renewable energy, especially wind power.

What new opportunities do you foresee in the renewable energy space in India?

Solar power manufacturing is expected to grow significantly in the next few years. The adoption of renewable energy is also likely to gather pace as the demand for clean energy increases in the country. We expect the e-mobility segment to drive renewable energy adoption through decentralised renewable energy-powered charging stations. Solar plus storage is another emerging segment that presents a large opportunity. Over the next 10 years, we see a huge opportunity for cost-effective hydrogen produced from low-cost renewable energy sources – as a fuel and as an energy storage solution for running combined cycle gas stations.