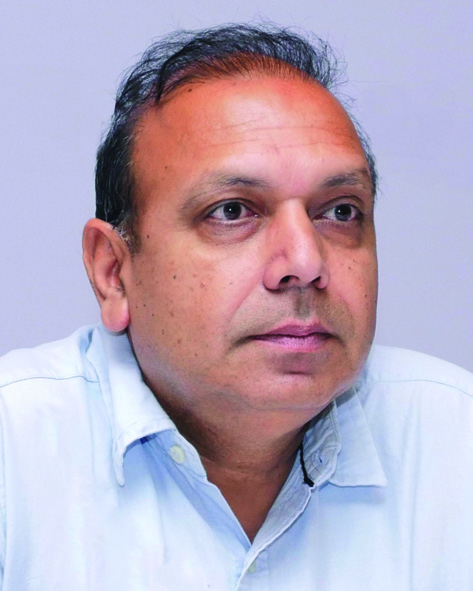 Anand Kumar, secretary, Ministry of New and Renewable Energy (MNRE), has been working towards devising appropriate policy and regulatory measures to create a viable renewable energy sector for investors and consumers. In an exclusive interview with Renewable Watch, Kumar, a 1984 batch IAS officer of the Kerala cadre, spoke about MNRE’s strategy to resolve the various issues that have led to delays in capacity development, key initiatives to promote distributed solar power, the progress under ongoing schemes and the plans to achieve the 2022 target. He also reiterated the government’s renewed focus on resolving the problems of legacy dues to developers and strengthening the sanctity of PPAs. Excerpts…

What have been the key achievements of the government in the recent path? Is India on track to meet the renewable energy target for 2022?

India already has an established renewable energy capacity of 83 GW, while there is 30 GW at various stages of implementation and another 39 GW at various stages of bidding. So, against a capacity target of 175 GW, we have already touched a figure of 153 GW that is installed or under installation or under bidding. We plan to bid out an additional capacity of about 22 GW by around June 2020. This implies that there will be a clear period of 30 months for the installation of this capacity. This is  sufficient time to work towards the target of 175 GW by December 2022. We are positive about installing a capacity of more than 175 GW by the set deadline. With the current project pipeline, by the first quarter of 2021, India would have installed more than 113 GW of renewable power capacity.

There is also a plan in place for installing new transmission systems for 66.5 GW of additional capacity in the western, northern and southern regions so that there is no difficulty in power evacuation.

The industry has also developed other renewable energy technologies considering the advantages of tapping heat. It has also developed products such as solar dryers and coolers, solar refrigeration systems and solar heating systems.

How is the government addressing the issues of land and transmission constraints?

As far as land constraints are concerned, we do acknowledge that land is one of the major issues because various state governments keep on revising their policies. This creates a hurdle for entrepreneurs. To give them a plug-and-play model, we are planning to set up ultra-mega renewable energy parks, where CPSUs will set up an SPV in association with state government authorities. These SPVs will require land in order to facilitate the development of solar, wind and wind-solar hybrid projects. After the clearances are obtained, investors can come in and utilise the plug-and-play model.

The government will ensure the provision of dedicated transmission facilities to the ultra-mega renewable energy parks. We are in the process of facilitating the setting up of a number of such parks in the coming years.  The first 4,000 MW renewable energy park has already been finalised. This park will be set up at Dholera in Gujarat through the Solar Energy Corporation of India (SECI).

What are the key focus areas and priorities for the government in the renewable energy space?

We are promoting domestic manufacturing by introducing a manufacturing-linked tender through SECI for developing 2 GW of capacity, where 1 GW is allocated for solar cells and modules, and the other 1 GW would be for ingots and wafers. In case of under bidding in one area, the capacity can go to the other function. So far, we have received bids for manufacturing 2 GW of solar cells. Since technology is changing very fast, the apprehensions of investors regarding solar cells and wafers are understandable. It is possible that there may be a shift to the next generation of solar cells, and wafers will not be required. Further, the option of silicon plating may even be available more readily. With 2 GW of solar cell manufacturing coming in, along with a greenshoe option, we may be able to double the cell production capacity. This is coming through a route where no direct subsidy is given. Instead, the subsidy is built into the tariff itself.

We also introduced a scheme called PM KUSUM last year, which is aimed at enhancing the income of farmers and ensuring their energy independence. It is also aimed at ending the dieselisation of the farm sector. Under the scheme, we plan to supply 1.75 million stand-alone solar pumps to farmers. They will thus be able to save considerably and will not have to depend on diesel. Under this scheme, we will also be supplying 1 million grid-connected solar pumps. This will enable farmers to not only gain energy independence but also to supply excess electricity to the grid, which will lead to additional income for them.

The third component of the scheme will enable farmers to set up small solar or wind power projects of 500 kW to 2 MW. They can either do this themselves or through developers. We are also contemplating tapping other renewable sources of energy such as offshore wind. We are in discussions with various ministries and departments to get clearances at various levels. We hope to be able to launch the first tender for 1 GW of offshore wind capacity over the next six months.

We have an ambitious plan to set up 7,500 MW of solar capacity in Leh. We will subsequently also assess the wind potential of that area. Once the wind power potential is also established, we would like to have solar and wind hybrid for the best capacity utilisation factor (CUF). We are at the planning stages for building transmission lines from Pang to Moga. This would provide a big fillip to the renewable energy sector in the years to come. Kargil and Leh together have a potential of more than 35 GW.

Renewable energy is going to be one of the most important resources for meeting the country’s electricity and heat demand. Over the next 10 years or so, electric vehicles (EVs) will be introduced in a big way and people are expected to take up solar cooking. Hydrogen will have its own course to establish. Japan has already introduced hydrogen vehicles and Denmark is also using hydrogen power. We look forward to using hydrogen as a major storage vehicle.

What measures is the government taking to ensure timely payments for developers?

Timely payments are a major concern. In the current scenario, around Rs 90 billion is due from various distribution companies to renewable energy generators and developers. These payments should be made in time. To ensure this, we have brought in a provision for letters of credit (LC) in the power purchase agreement (PPA). These will have to be put in place before any distribution company buys electricity. We plan to bring in necessary amendments, having already brought amendments to the standard bidding guidelines. We are trying to clear the legacy dues with the help of PFC, REC and IREDA. These non-banking finance companies may be able to give a soft loan to the state governments against state guarantees, or against their revenue streams from renewable power. Recently, it was made clear that no PPAs could be revisited once they are signed. We have also clarified various clauses within the PPAs relating to force majeure events and deemed generation. We are planning to bring in amendments to the Electricity Act so that the interest of various developers is protected. These amendments, which will be coming in soon, would ensure that there is no ambiguity regarding PPAs. This will reinforce that PPAs are sacrosanct and they cannot be revisited. There should be no curtailment done; however, if there is, developers should be paid in time to avoid difficulties.

What are the major initiatives planned to increase the uptake of rooftop solar projects?

In the context of rooftop solar projects, we have introduced Phase II of the renewable scheme. Distribution companies will be the key players since they have an important role in providing net metering and deciding the policy for payments. Distribution companies are also being given incentives. In case of a 10 per cent growth in rooftop capacity over the baseline, they will get an incentive at the rate of 5 per cent. Similarly, if the growth is 15 per cent, they will get 10 per cent. We would also like to remove the constraints in open access and captive power.

What is your outlook for the renewable energy sector in India?

Our plans aim to de-dieselise the farm sector. We want farmers to become energy independent and have more income. By providing energy independence, the burden on distribution companies from the subsidy angle would reduce. This would also reduce carbon emissions. Demand is expected to increase in future with all households electrified. The demand of the household sector is expected to grow at 6-8 per cent, which, on a conservative estimate, would require around 850 GW of energy by 2030. Of this, we expect 450-500 GW to come from renewable energy. We also expect a huge demand surge in EVs. Renewable energy will play a key role in the years to come.