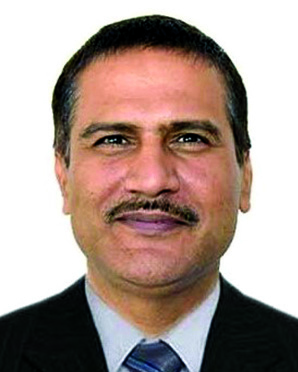 Gujarat, one of the early movers in the renewable energy space in India, is known for its planned approach to sector development and effective implementation. In the past one year, it has been adopting a stricter approach to the allocation of renewable energy projects in a bid to avoid land- and transmission-related challenges in the future. The state government released its land policy for such projects in January 2019, which mandated that all future solar, wind and solar-wind hybrid projects be developed in specially earmarked parks. It also released a policy for small solar projects and launched a few tenders at the end of 2018-19 to revive activity in the renewable energy segment. In an interview with Renewable Watch, Pankaj Joshi, principal secretary, energy and petrochemicals department, Gujarat government, speaks about the installed renewable energy capacity in the state, various policies and schemes floated to promote the sector and the status of renewable energy obligation (RPO) compliance in the state. He also talks about the key exemptions and concessions to promote open access and third-party sale in the state. Excerpts…

Meanwhile, GUVNL received a lukewarm response to its wind tender and could tie up around 240 MW of capacity (the PPA execution was undertaken recently). In addition to this, GUVNL has signed PPAs with waste-to-energy projects aggregating 37.3 MW in the past year.

What are the upcoming state tenders for renewable energy? What are the key initiatives that have been planned?

Recognising the significance of pollution-free renewable power and the need for long-term energy security, the state has been rolling out renewable energy policies from time to time. This enables a conducive framework for the development of renewable energy projects.

The Gujarat government announced various policies and schemes in 2018-19. These include the Wind Solar Hybrid Policy 2018, the Land Allocation Policy for Wind-Solar Hybrid Projects 2019, the Scheme for Development of Solar Projects in the Vicinity of Existing Substations of GETCO 2019, the Policy for Development of Small-Scale Distributed Solar Projects 2019 and SURYA (Surya Urja Rooftop Yojana) Gujarat 2019.

Further, in a recent amendment to Gujarat’s solar policy, relaxation has been given to micro, small and medium-scale enterprises for the installation of ground-mounted or rooftop solar projects without any restriction, irrespective of their sanctioned load.

What measures has the government taken to promote offshore wind projects?

With an aim to boost offshore wind energy, the Gujarat government conveyed its in-principle consent to the Ministry of New and Renewable Energy (MNRE) to purchase the entire power generated by the 1 GW project at the average power purchase cost of Rs 3.49 per kWh. This decision has been made with the expectation that in case the tariff discovered for the offshore wind projects through competitive bidding is higher than that, the shortfall would then be covered under the viability gap funding mechanism by the MNRE.

In accordance with the MoU executed between the Solar Energy Corporation of India (SECI) and the Gujarat government during the Vibrant Gujarat Global Summit held in January 2019, SECI will undertake the auction process and the procurement of power from the resulting project.

What is the status of the state’s policy for the development of small-scale distributed solar projects?

The Gujarat Electricity Regulatory Commission (GERC) has approved a mechanism for tariffs applicable for power purchase under the state government’s policy for the development of small-scale distributed solar projects. The state government is in the process of preparing detailed guidelines under the policy.

What is the RPO compliance status in the state and what are the plans to ensure 100 per cent compliance?

In spite of delays in the implementation of GUVNL’s competitive bidding process (which was deferred time and again due to several reasons beyond GUVNL’s control) and with a sudden increase in the stipulated RPOs, GUVNL achieved 12.04 per cent compliance against the RPO target of 12.7 per cent stipulated by GERC for 2018-19. Going forward, GUVNL is making concerted efforts for augmenting renewable energy capacity to meet the RPO targets of the coming years.

What provisions does the state have to promote open access and third-party sale of power?

The state’s renewable energy policies allow wind, solar and wind-solar hybrid projects to avail of open access for the purpose of captive consumption or third-party sale. These policies also provide various exemptions and concessional benefits to them, such as exemption from electricity duty, exemption from demand cut to the extent of 50 per cent of the installed capacity, concessional wheeling charges and losses for captive consumption, concessional cross-subsidy surcharge and additional surcharge for third-party sale.

What is your outlook for the renewable energy sector in the state and in the country?

To meet the ambitious target of 175 GW by 2022, Gujarat is exploring all vistas for the deployment of wind, solar, ultra-mega renewable energy projects and wind-solar hybrid park-based projects. Other than the upcoming projects, the Gujarat government envisages exploring emerging areas like energy storage and electric vehicles. In a nutshell, Gujarat’s renewable energy sector has witnessed remarkable growth over the past years, and various policy initiatives and schemes that are under way are expected to add a substantial amount of renewable energy capacity. This will contribute to the decarbonisation of the Indian power sector and ensure clean and green energy for all.