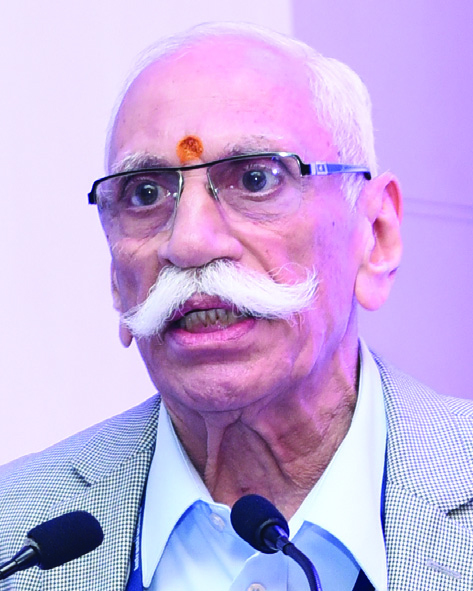 The introduction of competitive bidding for domestic wind power projects has adversely impacted wind power capacity additions. Owing to the declining order volumes and tariffs, the financial health of original equipment manufacturers (OEMs) has been deteriorating. In addition, issues like land constraints, transmission delays and right of way (RoW) have slowed down segment growth. In an interview with Renewable Watch, D.V. Giri, secretary general, Indian Wind Turbine Manufacturers Association, spoke about recent developments in the wind power segment, the current challenges, solutions and the future outlook. Excerpts from the interview…

What have been the key highlights of the wind energy segment in the past one year?

A positive development in the past one year was that the government took key steps to stop wind power curtailment and ensure must-run status of plants. Also, in a bold move, the minister made it mandatory for distribution companies to maintain a letter of credit as a payment security mechanism. This is going to help developers, especially in Tamil Nadu, where there has been a delay in payments of over 20 months. The ministry’s tough stand on the renegotiation of power purchase agreements in Andhra Pradesh was another positive development. The idea of linking renewable energy with electric vehicles took shape in the past year, which is an interesting development for the wind energy segment. The push to promote the offshore wind segment was well received by the industry. So far, the Gujarat government has issued an expression of interest to buy 1 GW of power generated from offshore wind projects at Rs 3.98 per kWh, though I believe that this tariff is not viable.

There have been some negative developments as well. Capacity additions have fallen since 2017, when the wind energy segment shifted from the feed-in tariff regime to a competitive bidding regime. In 2016-17, over 5,000 MW of wind projects were installed in the country. But, post 2017, the installations have been in the range of 1,500-1,700 MW per year, and in 2019 it will be difficult to cross even the 2,500 MW mark. The government has announced tenders to give a fillip to the wind power segment, but the result on the ground has not been as impressive. While over 15 GW of wind and wind-solar projects have been bid and awarded, just over 1,500 MW has been commissioned.

What are the key reasons for the slow pace of development?

Land constraints have been a major issue. The Gujarat government had valid reasons to not give away land for projects that would supply power to other states. Gujarat, has set an ambitious renewable energy target and will obviously need the land to set up projects that will only supply power to the state. The mismatch in the timelines of project development and transmission connectivity is another key issue. Moreover, getting sanctions from the Ministry of Defence is time consuming. RoW issues are another major impediment. Following the discovery of low tariffs, some developers have stopped bidding for projects. All these factors have resulted in the slow pace of development.

Why did wind developers bid at such low tariffs?

After shifting to a competitive bidding regime, developers were expecting that 10-20 GW of bids would take place each year, and would help in the reduction of project and equipment costs. The wind industry was expecting a market of 6,000-7,000 MW for 2017-18. But things did not go as planned. In 2017-18, only 2,000 MW of project capacity was bid and all developers were in a race to grab it. The result was a fall in tariffs, from around Rs 3.46 per kWh to Rs 2.45 per kWh.

What are the major challenges faced by OEMs?

There is no visibility of wind projects in the coming years. Therefore, the biggest concern for OEMs is the lack of order volumes. This has been impacting their financial health and they will ultimately have to shut down factories. The loss of jobs of a trained and skilled workforce is a risky proposition for the industry.

The wind industry in India has achieved over 80 per cent of manufacturing localisation. Equipment of different capacities is being manufactured as per developers’ requirements. The supply chain has also been set up. Now, the government wants over 90 per cent of localisation in the manufacturing space. This is acceptable, but the efforts to reach there will go in vain if the order volumes do not increase. We have come to a situation where wind OEMs are now planning to manufacture new products. In sum, the uncertainty of getting more business and the non-utilisation of the existing robust supply chain are the major issues for OEMs today.

What are your three recommendations for the government to solve the current problems in the wind energy segment?

The government believes that e-reverse bidding is the way to discover transparent tariffs. However, the government should either initiate a closed bidding system or remove tariff caps from the tenders. The second recommendation is to have a state-determined tariff for projects smaller than 25 MW. My third recommendation is to allow more open access sale of power to avoid dealing with distribution companies.

What are your views on the emerging wind-solar hybrid segment?

It is a fantastic idea since wind and solar complement each other. However, there is a need for developments on the policy front. There needs to be clarity on where these wind-solar projects will be developed. While solar projects can be installed in most places in the country, favourable sites for wind projects are limited. It is, however, too early to envisage the outlook for the segment.

What is your perspective on repowering?

The government policy for repowering is not very exhaustive and needs to be developed further. There are good policies in place in Andhra Pradesh and Karnataka, but not much has been done to promote repowering. There will be many hurdles while repowering wind projects that are more than 15 years old. These projects were set up on fragmented land by different developers. For repowering, the land will have to be connected. This will involve connectivity, legal and ownership issues. Repowering in regions where land is limited will be very advantageous. Further, repowering will entail the development of evacuation infrastructure. The repowered turbines can be used to sell power at prevailing tariffs either to the distribution companies or to captive consumers through the open access route. If repowering happens in Tamil Nadu, Gujarat, Andhra Pradesh and Maharashtra in a planned manner, then 7,000-8,000 MW of wind projects can be repowered, translating into a capacity addition of about 15,000 MW.

What are your expectations for the next year?

We expect the government to develop multiple procurement models instead of the current single procurement model. If that happens, 10 GW of onshore wind capacity can be added per annum in the next four to five years. We also expect Exim Bank to meet the working capital requirements of domestic manufacturers.

The tariff for renewable energy projects should have a premium of 10 per cent over the average power purchase cost (APPC), which is around Rs 3.60 per kWh, but the reverse is happening in India. The industry is willing to work at a tariff that is lower than the APPC. I expect the wind industry to boom if a national tariff of Rs 3.60 per kWh is set for a period of five years. Those days are gone when the government could convince the stakeholders that renewable energy can be made available at Rs 2 per kWh as the sun and wind are free. Nevertheless, the future outlook seems positive as when you hit rock bottom, the only way to go is up.