The State Rooftop Solar Attractiveness Index, SARAL, has been developed by the Ministry of New and Renewable Energy (MNRE) in an effort to facilitate the deployment of rooftop solar in different states. The MNRE and its partners decided to introduce a measuring scale, or an index, to evaluate and rank all states according to their performance, growth, level of maturity, policy framework and implementation environment in the rooftop solar segment. The team, which identified the parameters and sub-parameters, captured data points through primary and secondary research. These have subsequently been mapped on a numeric scale. Finally, each score has been scaled based on the assigned weights and an aggregate score has been computed. Using a combination of qualitative and quantitative methods, six grades have been assigned on the following scale: A++, A+, A, B++, B+ and B. Top performing states such as Karnataka, Telangana, Gujarat and Andhra Pradesh have been assigned A++ while other states have been assigned the remaining five grades.

The index aims to objectively assess states based on several parameters critical for establishing strong solar rooftop markets. These parameters belong to five broad categories, which are listed here.

The policy framework of a state determines its regulations, financial incentives as well as non-monetary support for prospective consumers to set up rooftop solar projects. The past year saw some successful initiatives. Bihar’s new policy aims for energy sufficiency by adding 3,433 MW of power from renewable energy, and 1,000 MW from rooftop solar specifically, by 2022. In January 2018, the Joint Electricity Regulatory Authority introduced the state solar policy for Goa that has set a clear framework for ground-mounted as well as rooftop solar. During the same month, the Odisha Electricity Regulatory Commission passed an amendment to its 2016 regulations on net metering. It has now raised the capacity at the distribution transformer level from 75 per cent to 30 per cent. Despite these initiatives, many state-level policies and regulations have gaps such as the lack of guidelines for interconnection with the grid, guidelines for meter technology to be used and set timelines for benefits or subsidies. There is also a lack of a single-window facility for project clearance in several states.

It is also important to see how the policy framework actually translates into accessibility and uptake of rooftop solar systems. The ease of application of measures influences ground-level implementation and compliance with policies. Some states have undertaken measures to buttress effective implementation of policies. Maharashtra has set aside Rs 26.82 billion for installing rooftop solar systems on government buildings with 100 per cent subsidy. The state also offers 15 per cent subsidy to people below the poverty line for installing rooftop solar systems. The Haryana government has also stepped up a state-wide initiative to make it mandatory for all public buildings such as schools, health centres and offices to have rooftop solar panels. However, many states face delays in approvals, insufficient capacity at the local utility level and a cap on the size of rooftop solar due to limitations on the transformer capacity and the sanctioned load.

The investment climate of a state depends on monetary competitiveness, maturity of market and endowment of natural resources. Punjab is one of the states that exhibits a positive investment climate for rooftop solar. In May 2018, the state opened the world’s largest single rooftop facility with a capacity of 11.5 MW. The Uttarakhand government is also facilitating investment by promoting the use of small-scale rooftop under the grid-interactive rooftop scheme where applicants are provided with 30 per cent subsidy under the National Solar Mission of the MNRE. Despite efforts, funding of initiatives like the National Solar Mission is a constraint given India’s inadequate financing capabilities. Moreover, financial institutions lack the technical expertise to carry out due diligence for solar rooftop.

The experience of consumers is an important factor in evaluating the offtake potential of a technology. A consumer’s decision to opt for a solar rooftop system is driven by cost-benefit analysis. The index incorporates this by measuring the cost considerations made by the consumer, ease of installation and reliability of supply from the grid. Successful initiatives include Andhra Pradesh’s dedicated rooftop solar portal, the Unified Solar Rooftop Transaction Portal, which serves as an integrated platform for multiple solar rooftop stakeholders in the state. A major challenge being faced by almost all states is the ownership structure of residential complexes, which creates issues in installation. The lack of a common e-platform to keep customers updated about the information on incentives, documentation and the process of implementation of solar rooftop projects impacts customer awareness, especially in residential areas.

The business ecosystem in the states encompasses the economic environment. The scores assigned to states can be used to identify those states that have investment opportunities as well as those that require assistance in terms of policy or finance. In 2018, a two-day workshop on the outreach of solar rooftop was conducted in Assam in order to create a positive business ecosystem in the state. In the same year, the power ministry in Kerala directed the Kerala State Electricity Board to provide rooftop solar training to its field-level employees. The difficult environment for businesses due to lack of close industry-government cooperation in several states is a big challenge. This hinders the rooftop solar market from achieving success.

Given that the cumulative installed capacity for rooftop solar power was 4.37 GW as of March 2019, the segment will need a fast-paced growth trajectory in order to achieve the target of 40 GW by 2022. To achieve this target, states must develop a robust implementation environment for the uptake of rooftop solar. Introducing clear and detailed regulations, strong monitoring and enforcement mechanisms, new institutional structures and innovative business models will help facilitate growth. To this end, some states have recently taken up initiatives. Maharashtra has added over 450 MW of rooftop solar capacity in the past year, Delhi introduced comprehensive net metering regulations and Karnataka has launched a comprehensive e-portal that acts as a single-window clearance for all applications. However, several states still lag behind in the deployment of rooftop solar. 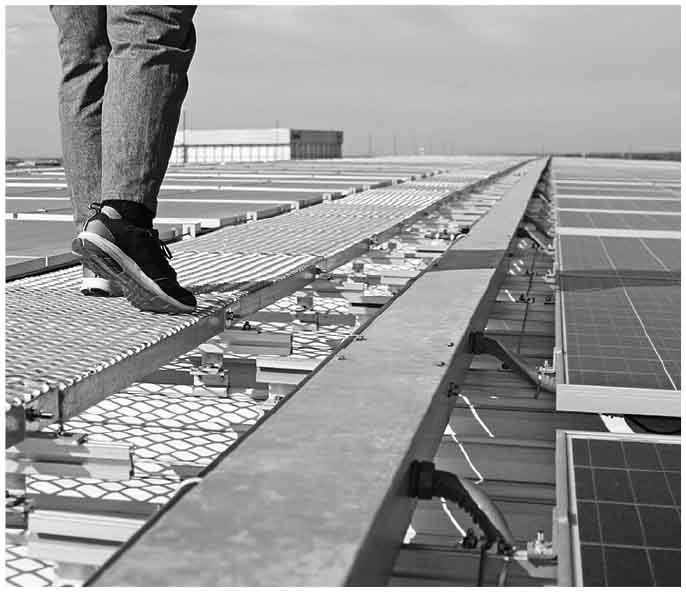 States have different rooftop solar policies, incentives, metering regulations, solar potential and availability of rooftop area. This diversity warrants a uniform platform to account for the differences using a specific set of parameters. SARAL can be used as a tool to help interstate knowledge exchange and imbibe lessons from best practices across states. It ranks all states based on an identified set of parameters that are critical to accelerating rooftop solar deployment.

Evaluating states according to their attractiveness for solar rooftop investments may induce a positive competition among them and encourage them to share experiential lessons. This is likely to create a more conducive environment for solar rooftop installations, encourage investment and lead to accelerated growth of the sector. It will also help various stakeholders in understanding the gaps to fill in order to achieve the set capacity target.