During 2018-19, private equity (PE) activity in the renewable energy sector was at a five-year high. According to Renewable Watch Research, a total of $2,273 million was invested across 13 deals, which is nearly double the previous high of $1,206 million witnessed in 2015-16. This can largely be attributed to a strong policy push, falling tariffs and improved risk profiles of projects, especially with credible counterparties such as the Solar Energy Corporation of India (SECI) and NTPC Limited. At a recent Indian Infrastructure conference, “PE in Infrastructure”, two major renewable energy investors spoke about their portfolios, valuation processes, challenges and exit options, as well as the investor environment in the sector. Excerpts… 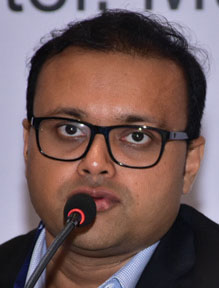 The Actis PE fund manages about $10 billion of assets focused primarily on emerging markets. Globally, we manage about $5.5 billion of investments under the energy franchise, essentially in power generation and distribution. In India, we have invested in Sprng Energy, a $500 million commitment to build 2 GW plus of renewable energy projects. Of this, power purchase agreements (PPA) have been signed for around 1,750 MW of capacity. The company has 500 MW of operational assets and the rest is at various stages of construction. Earlier, Actis had invested $280 million in Ostro Energy. In a span of about three years, we created a capacity of 1,100 MW and sold it to ReNew Power in early 2018. Following this, we believe that Sprng Energy too is on the path to achieving scale and we will be looking to exit it at some point in time.

Actis’ investment horizons are generally between five and seven years. However, since we typically work with a management team to create something from scratch, it can take longer. Till now, the volumes in the renewable energy market have been quite strong because of which we have been able to complete investments in the time period envisaged in the beginning. The fundamental ticket size for Actis is quite nuanced. We invest in a platform with a value of $300 million and upwards. However, for isolated projects, the investment may be smaller. For instance, a 100 MW project may need only $20 million to $30 million of equity. However, we do not invest in projects of less than 50 MW.

One of the primary challenges in the renewable energy sector remains discom credit risk. The government has been trying to resolve this by getting SECI and NTPC involved in PPAs as counterparties. This helps create a layer wherein the credit risk is assumed by these agencies. However, if the discoms do not pay their dues to SECI and NTPC, the IPPs will have to ultimately take the fall. Over the past few years, we have relied on these PPAs to price our bids aggressively for projects.

Transmission connectivity is another big challenge right now, especially for greenfield projects. There is limited interstate transmission system capacity available at present. Most of it has already been taken by existing projects and the lines that are under construction will take four to five years to be commissioned. However, the renewable energy projects will be completed in much less time, creating a mismatch between transmission and project capacity. Other challenges in the segment pertain to land acquisition and effective project execution.

Actis invests at all stages of the project. We have pre-PPA and post-PPA investments as well as investments in projects under construction, operational projects and those that have been operational for only one or two years from the date of commissioning. The risk and return profile varies largely with the stage of the project. One of the key risks that we look at is payment risk, essentially in the case of discoms. There are some discoms that we will not invest in due to their payment track record.

We continue to evaluate all exit options available including strategic sale and initial public offerings (IPO). We have now also started evaluating exits through an InVIT structure. Since we are the control investors and hold large chunks of equity in any platform that we have, strategic sale becomes the most attractive option for us, which was the route for our exit from Ostro Energy. Meanwhile, from a renewable energy standpoint, the exit environment has improved. In the past two to three years, several assets or platforms have been sold, indicating high activity in the sector. With more foreign capital coming in, more such assets and platforms may be changing hands in the near future. 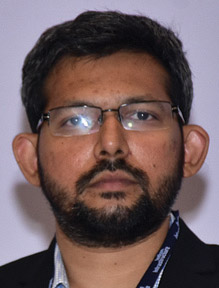 Neev Fund invests in small-ticket infrastructure assets in India, with a corpus of Rs 5 billion. Since its inception in 2015, it has managed to deploy all of the capital available. Neev’s sweet spot is to invest $5 million to $7 million in low-income target states. The target company could be domiciled anywhere but it should be creating infrastructure in these states. Some of the key sectors that Neev invests in are renewable energy, healthcare, education, waste management and logistics. At present, it has about 10 companies in its portfolio.

For renewable energy projects in low-income states, the biggest challenge is project execution. We have had to struggle quite a bit to find high quality entrepreneurs who are willing to spend time and energy on these states. Meanwhile, we prefer to be the first investor in the companies we are targeting and enter at an early growth stage. We also look at select seed deals even if the promoter does not have any revenue but there is evidence of long-term contracts with credible counterparties. The return profile of the project depends on the kind of investments we make. The nature of the infrastructure sector is such that the investor cannot obtain more returns than the underlying returns from the project. For instance, if the project has an equity return of 15-16 per cent, the investor cannot expect more than that. Therefore, in fixed asset segments, we have settled for returns in the mid-high teens range. In consumer-centric businesses, we are more bullish and would expect returns in the mid-low 20s.

At present, we have made an investment in a waste-to-energy platform focused on India and Southeast Asia. Since this investment is only a year old, the return profile will take some time to be visible, but we have high expectations from it. Given the waste management issues, we believe that in the future, this segment could potentially be as big as the telecom sector.

While exiting, there are two kinds of companies – asset heavy and less-asset heavy companies. For a potential asset heavy company, like those in the renewable energy space, the exiting party would like an Actis or a marquee PE player to enter with the required capital. For less-asset heavy companies with smaller infrastructural requirements, we see that the portfolio will be more of a merger and acquisition play or an IPO. However, given the nature of our investments in the low-income states, the chance of exiting with big IPOs is remote for now at least.