The Indian solar power segment has, in the past, had a reputation for poor quality, but with the launch of the National Solar Mission (NSM) in 2010, investors started to feel more confident about overall project quality. The entry of large global and domestic players such as Sembcorp, Engie, Fortum, Softbank, Larsen & Toubro and Tata Power lent further comfort to investors. However, over time, solar power tariffs witnessed a significant decline following the introduction of competitive bidding, which awarded capacities on the basis of the lowest tariff bid. While the auction regime led to higher installations, it also fuelled concerns over the long-term viability of these projects with margins contracting and developers compelled to control costs in almost every area, sometimes leading to a compromise in quality.

The annual trend analysis of projects indicated an improvement in performance over time, as the projects overcame the teething problems encountered in the first year of commissioning and deployed better operations and maintenance (O&M) solutions. The study also noted that the CUF of the more recently commissioned plants years was higher on account of larger project sizes and the deployment of better technology solutions. However, a large number of plants, while designed for 19 per cent annual CUF, did not perform as per expectations, mainly due to quality issues. 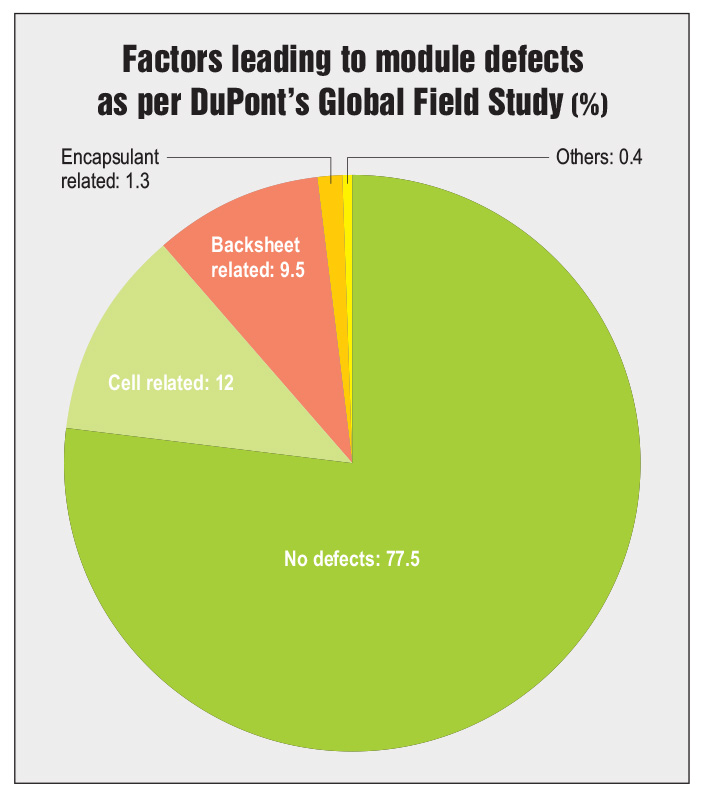 In July 2018, a German PV consultancy, Photovoltaik-Institut Berlin (PI Berlin), released a Pilot Study on Quality Aspects of PV Power Plants in India, which highlighted a series of concerns regarding project development in one of the world’s biggest and cheapest solar markets. Aside from commenting on how PV cabling makes a “tasty treat for monkeys”, installers walk across modules. The report points to a worrying lack of warranties, substandard installation practices, and concerns over system output monitoring and safety. A year ago, PI Berlin visited six projects – two rooftop and four ground mounted – featuring c-Si and thin-film modules, fixed tilt mounting and single-axis trackers, and located in mild, tropical, desert and steppe conditions. That was the time when the average module selling price had fallen to $0.32 per Wp. They found that there were no engineering, procurement, construction (EPC) or O&M contracts for the rooftop projects, while some of the larger ground-mounted projects had lax warranty requirements, with one of these having a legal gap in terms of what would happen if the EPC contractor went bankrupt.

“After conducting surveys at the six sites, it could be observed that no specific certificates beyond the basic IEC [International Electrotechnical Commission, a global standards body for solar panels] certification had been requested by the owners from the module manufacturers,” the report states. The Solar Energy Corporation of India (SECI) too did not insist on many certifications for the companies to apply for projects, PI Berlin found. In fact, the inspectors discovered that some sites that officially complied with SECI’s 2013 rules, in reality fell short of the requirements. The report stated: “The fact that the commissioning certificate was issued even though part of the tender requirements were not fulfilled, raises questions in regard to how thorough the validation of the tender compliance actually was.” 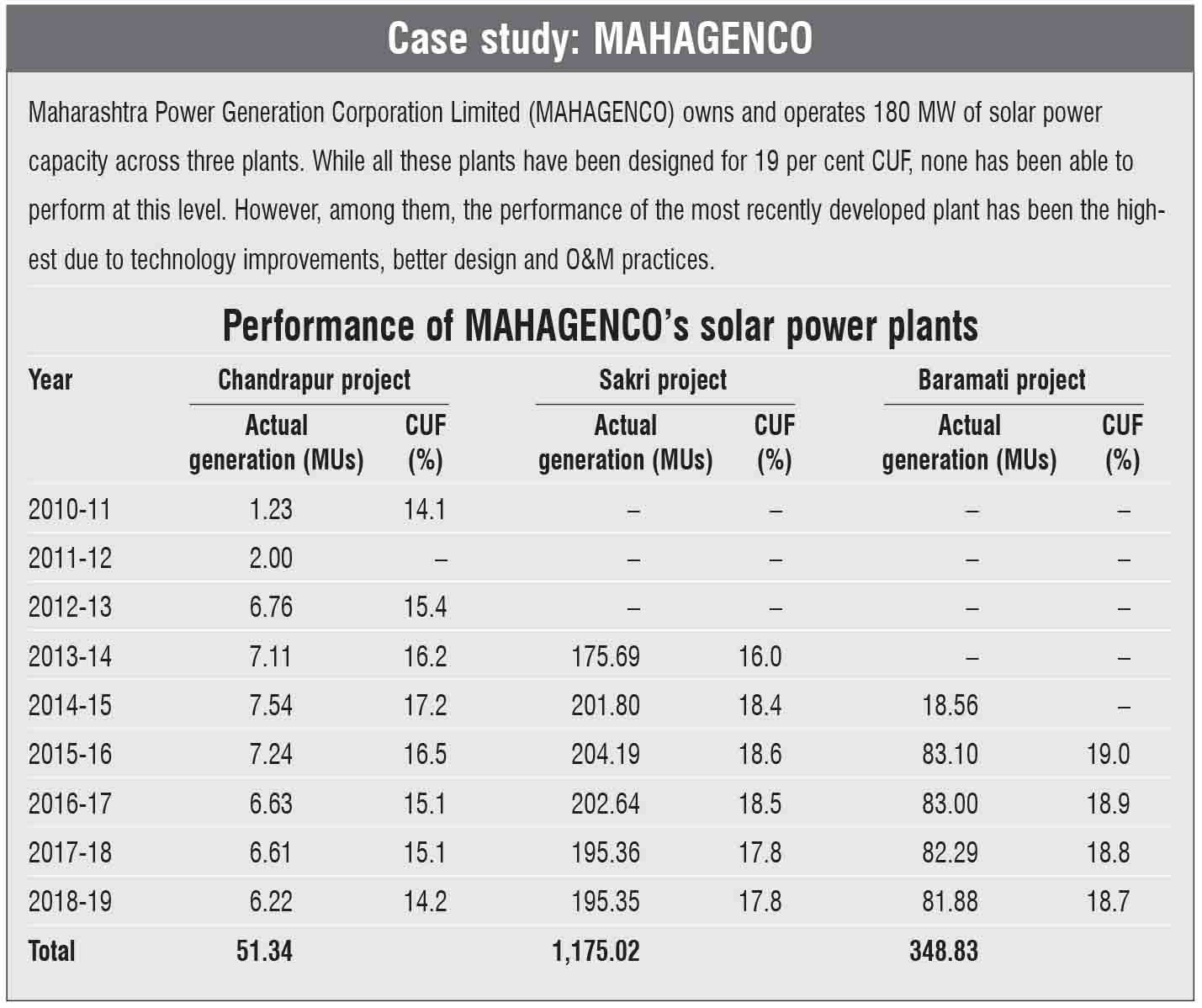 In yet another study, scientists from the Indian Institute of Technology Bombay and the National Institute of Solar Energy, New Delhi, conducted a detailed survey of solar projects at 51 locations across India to check for any degradation in the performance of the photovoltaic modules. This study can be used to identify the key issues that lead to poor solar plant performance and establish best practices for upcoming projects.

The researchers observed that the photovoltaic modules degraded faster in hot places, on rooftops, and in installations of smaller size. Locations that enjoyed good sunlight for many days of the year were good for setting up solar plants. Many plants are coming up in such locations in Rajasthan, Gujarat, Madhya Pradesh and Andhra Pradesh. But the researchers observed that installations in hot and dry locations showed a larger number of solder joint failures and yellowing of the encapsulant material. Another important observation was that rooftop installations degrade faster than utility-scale power plants. Of the planned 100 GW, 40 GW is expected to come from rooftop installations; hence, this observation is significant.

The study concluded that since installations in India would typically be in hot and dry areas, ensuring that the quality of modules is good is very important. This needs to be accompanied by proper handling and best installation practices. While it may initially seem costly to use high-quality photovoltaic modules with few or no cracks or to employ trained personnel during installation, this is essential for ensuring lower degradation in the long run.

Solar PV solutions provider DuPont too has been running a field programme since 2011 to inspect, assess and gather data, and understand the performance and material degradation of PV modules of different ages. The survey sample included a variety of modules and bill of materials from different geographies and climates across North America, Europe, Asia Pacific and Middle East. Among the most comprehensive surveys of module and component degradation, this survey had until 2018 covered 275 installations totalling 1,047 MW. The survey highlights that 78 per cent of the 4.2 million panels installed did not have any defects. In the remaining, the biggest defects were with the cell, followed by backsheet failures. 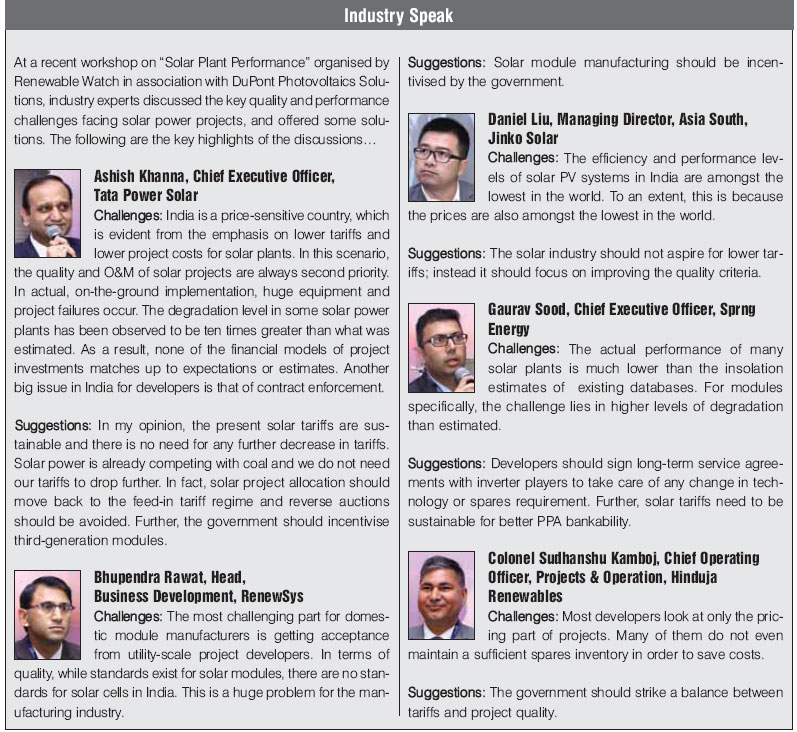 Renewable Watch recently conducted a workshop on “Solar Plant Performance”, wherein industry experts highlighted the key issues and pain points across the pre-construction, construction and operational stages of a solar plant. Some of them are as follows:

For a fast-evolving segment like solar, creating a comprehensive, watertight system of standards will provide the much-needed framework to help stakeholders ensure a certain level of plant performance. It is thus imperative that the government develops a rigorous standards ecosystem, encapsulating the entire solar value chain. The country needs mandatory standards and a robust conformity assessment programme governing the quality of solar installations, modules and other balance of system components. The Central Electricity Authority (CEA) regulation released in 2013 states that “the effect of wind, storm, floods, lighting, elevation, temperature extremes, icing, contamination, pollution and earthquakes must be considered in the design and operation of the connected facilities”. It is important to check if these factors are accounted for at the design stage of the project, in order to ensure reliability and durability. Also, as the founding nation of the International Solar Alliance, India should take the lead in establishing standards for evaluating the quality of modules. Power supply from renewable sources, particularly from rooftop solar plants, is not always reliable. Hence, to avoid grid failure, it is essential that the government mandates low voltage ride through (LVRT) testing to examine the ability of the rooftop project to supply power without destabilising the grid. It would, therefore, be important to devise, mandate and implement technical standards for grid connectivity for renewable energy plants.

As the Indian solar industry matures, it is inevitable that the government will need to withdraw subsidies in order to stimulate growth. Establishing a comprehensive standards and conformity assessment ecosystem is, therefore, critical to sustain the development of the industry, not just till 2022, but beyond. On its part, in 2017, the Ministry of New and Renewable Energy (MNRE) made it mandatory for manufacturers or sellers of PV modules in India to obtain Bureau of Indian Standards (BIS) registration. Following several extensions, the order was finally put into effect on January 1, 2019. Prior to this, there was no uniform means of ascertaining the quality of modules supplied in India. Industry experts believe that while Tier I certification looks at the bankability of solar projects, the BIS certification focuses on compliance with norms related to the raw materials used in developing solar modules. Ideally, a manufacturer should possess both certifications as this would improve the credibility of their products, boost stakeholder confidence and expand their presence globally.

Degradation of modules typically begins about three years after installation, by when the financiers have already planned their exit. To protect the IPP from having to bear the brunt of the operational and maintenance issues, especially in the absence of an evolved insurance policy framework, it is important that power purchase agreements (PPAs) allow for a significant amount of funds to be maintained in escrow, to enable the IPP to deal with the risks without having to shut down the plant. The PPA should also mandate that, in the event of a module manufacturer shutting shop, appropriate technology transfer should be made to the IPP before the end of the contract. For grid connectivity standards, the MNRE can look at the grid standards laid down by the Central Electrical Authority in 2013.

To sum up, even with high solar radiation and participation from both the private and government sectors, solar power development has been suffering owing to quality issues. This has put investment worth millions at risk. This calls for urgent adoption of strict but affordable measures to mitigate the risks arising from inaccurate components and materials selection; improper design, installation and commissioning; and inefficient O&M. If not checked now, poor quality could severely impact the long-term profitability of a large number of solar projects and indeed, overall sector development in the country. 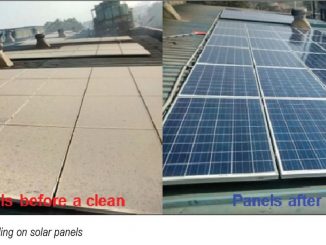 December 2018
Although the majority of solar systems in India are deployed at a multi-MW scale in solar farms, cities like New Delhi have seen an upsurge in industr...
More 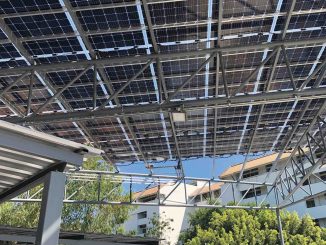 May 2019
The solar PV segment has come a long way both in India and globally. Its acceptance has increased significantly owing to the decline in costs. ...
More 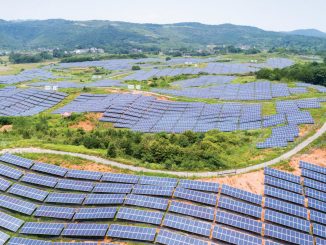 July 2018
The solar industry has been facing several issues since the announcement of the National Solar Mission in 2010. The industry picked up pace in the pas...
More