The four tenders had one common trend – their technical bids were oversubscribed. Renewable Watch takes a look at the auction results and the reasons for the enthusiastic response to the tenders… 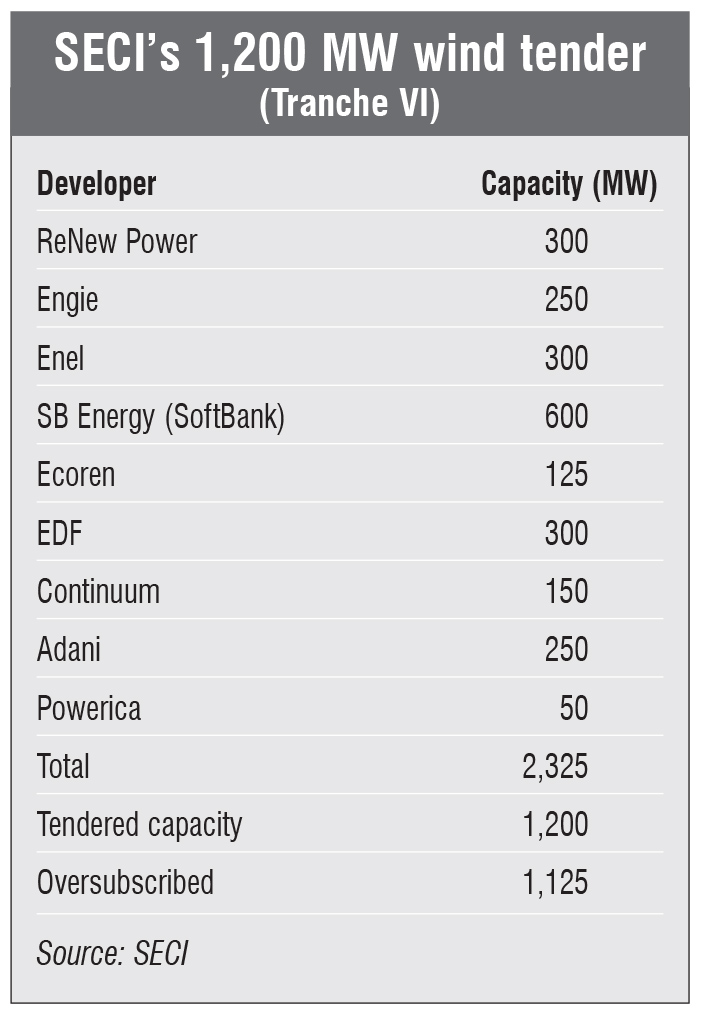 In the solar segment too, three solar photovoltaic (PV) tenders for Rajasthan, Gujarat and Maharashtra were oversubscribed. As many as 13 companies submitted bids totalling 2,370 MW for SECI’s 750 MW solar PV tender for Rajasthan. This was more than three times the auctioned capacity and the tender was oversubscribed by 1,620 MW. The bidding companies were Palimarwar Solar Project (LNB Group) (40 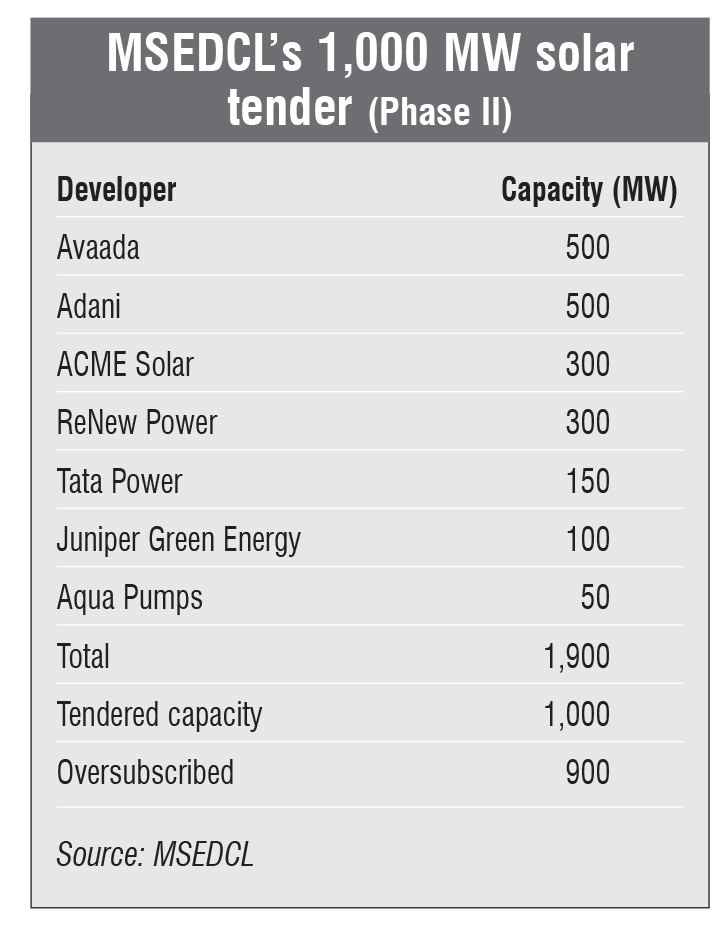 Five companies won the bid. Fortum Solar, ACME Solar, Sitara Solar Energy (a subsidiary of UPC Renewables) and Palimarwar Solar House won the bid for developing 250 MW, 250 MW, 100 MW and 40 MW of capacity, respectively, at the lowest tariff of Rs 2.48 per kWh. ReNew Power, which had bid for 360 MW of capacity, was awarded 110 MW at Rs 2.49 per kWh.

UPC Solar emerged as the lowest bidder by quoting a tariff of Rs 2.55 per kWh for developing a capacity 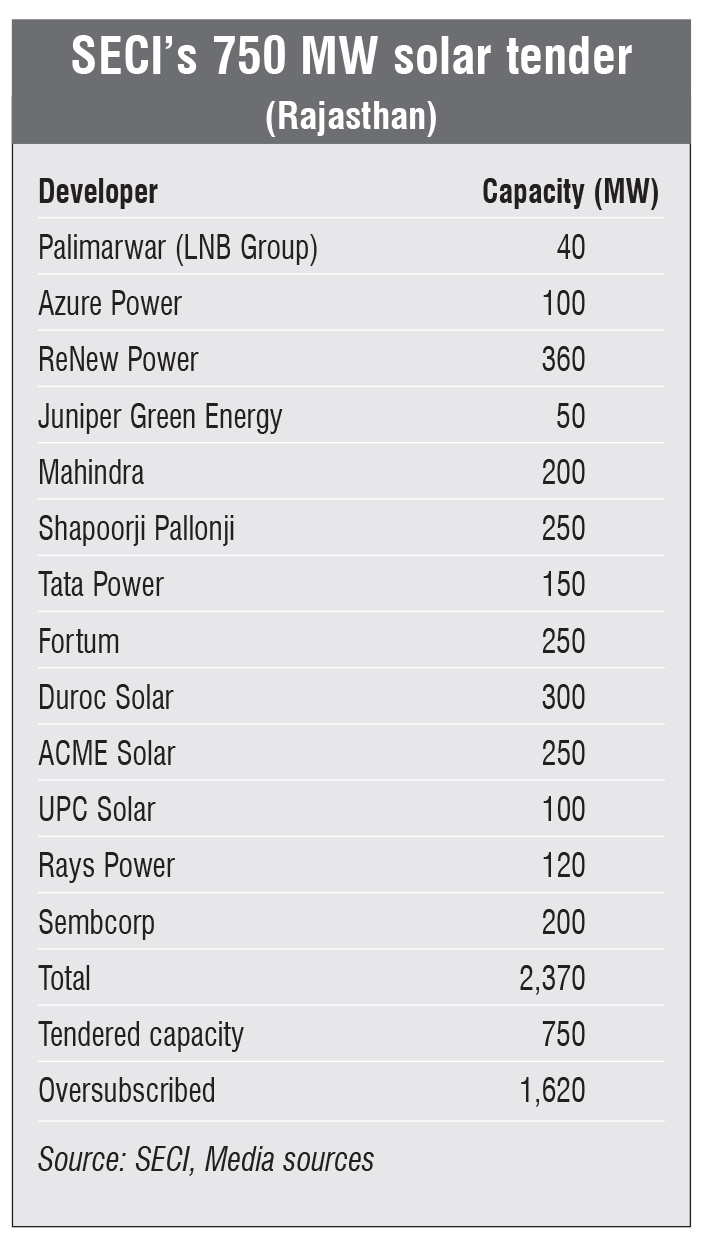 The bid results are a big positive for the sector, which had been experiencing a lull in the past couple of months. The primary reasons for this were uncertainty over GST and safeguard duty, transmission infrastructure and land acquisition issues on the developer side, and the adverse impact on the sector owing to the extension of bid submission dates for most tenders. The situation seems to be improving with several steps being taken at both the central and the state level to 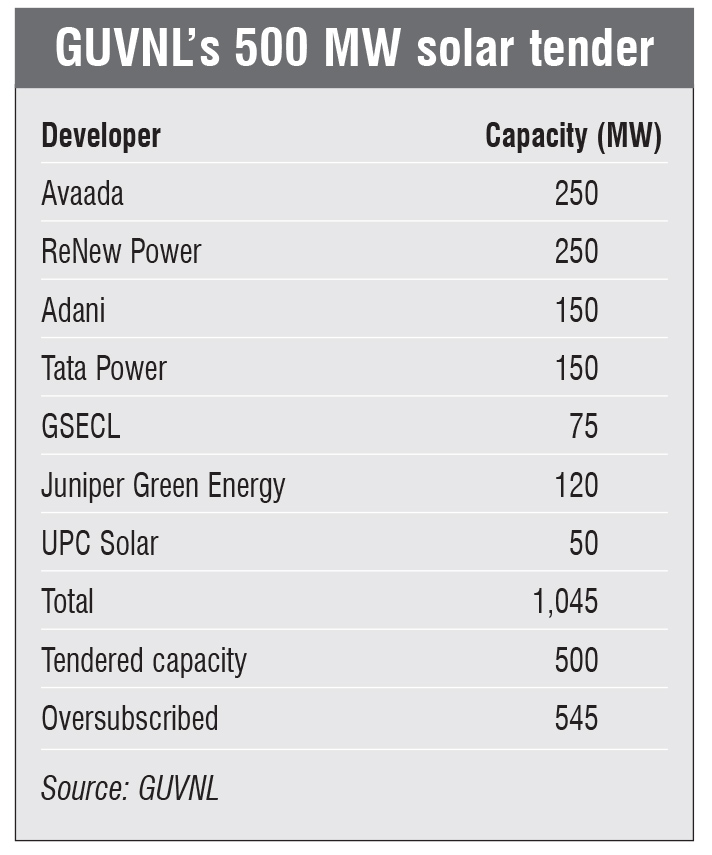 resolve the issues. In a significant move to address the issue of land constraints for renewable energy project development, the Gujarat government released its land policy in January 2019. The state intends to avoid scattered project development, and make evacuation feasible and convenient. According to industry experts, this could be a possible reason for the oversubscription of GUVNL’s 500 MW tender. Policy stability with the finalisation of the GST rate and developers’ push to expand their portfolios for improving their balance sheets could be the other drivers.

In the case of the three grid-connected solar tenders, the oversubscription could be on account of the states being pre-determined, which helps developers to better plan their projects. In addition, greater certainty regarding power purchase agreements in Rajasthan, Gujarat and Maharashtra vis-à-vis many other states helped.

Net, net, the positive response to the recent tenders spells hope for the wind and solar segments and all the stakeholders in the industry. 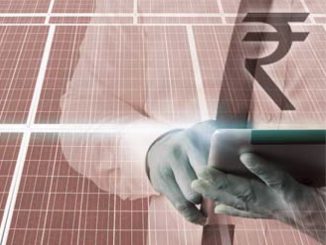 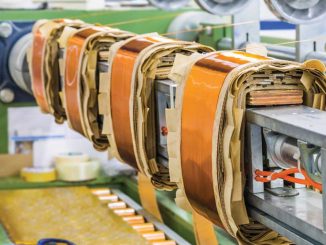