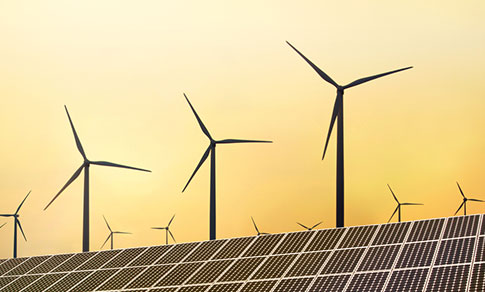 MERC has approved the proposal to procure power from wind-solar hybrid projects through a competitive bidding process proposed by MSEDCL for meeting its non-solar and solar RPO requirements.

The commission approved this for hybrid projects that will be established on Maharashtra Energy Development Agency’s (MEDA’s) land, leased by MSEDCL. MEDA has proposed to explore the possibility for development of solar power projects where wind mills have already been installed. The locations include: Motha in Amaravati district, Chalkewadi in Satara city, Gudhepanchgani in Sangli city, Vijaydurg in Sindhudurg district and Sautada in Tal Patoda taluka of Beed district with a total installed wind capacity of 11.34 MW. About 201.22 hectares of spare land is available at these sites.

Also, the commission has accorded no objection to the Request for Selection and PPA documents prepared by MSEDCL in absence of standard bidding document.

The Ministry of New and Renewable Energy’s national wind-solar hybrid policy, launched in May 2018, allows hybridisation of existing wind and solar projects or construction of greenfield hybrid projects by utilising existing evacuation arrangement.