Established in 2000 with its headquarters in Xi’an, Shaanxi province, China, LONGi Solar is a leading solar wafer, cell, module and ingot manufacturer, not just in China but globally as well. The company started its operations by manufacturing ingots and wafers. In November 2014, after purchasing Lerri Solar Technology in China, the company entered the cell and module market. Meanwhile, in 2012, the company got listed as LONGi Green Energy Technology on the Shanghai Stock Exchange.

In less than two decades of operations, LONGi Solar has opened six factories in China – at Quzhou, Hefei, Xi’an, Yinchuan, Chuzhou and Taizhou – and is now one of the leading manufacturers of solar cells and modules in the country. “By end-2018, the company will have an ingot and wafer manufacturing capacity of 28 GW. In China, the solar module and cell manufacturing capacity will reach 12 GW,” says Dr Rahul Kapil, operations vice-president and director, LONGi Solar.

The first international facility was established in Malaysia, where the company operates on a vertically integrated business model and manufactures ingots, wafers, cells and modules. The total capacity of this facility is 12 GW, of which 1 GW has been earmarked for inverter and module manufacturing. 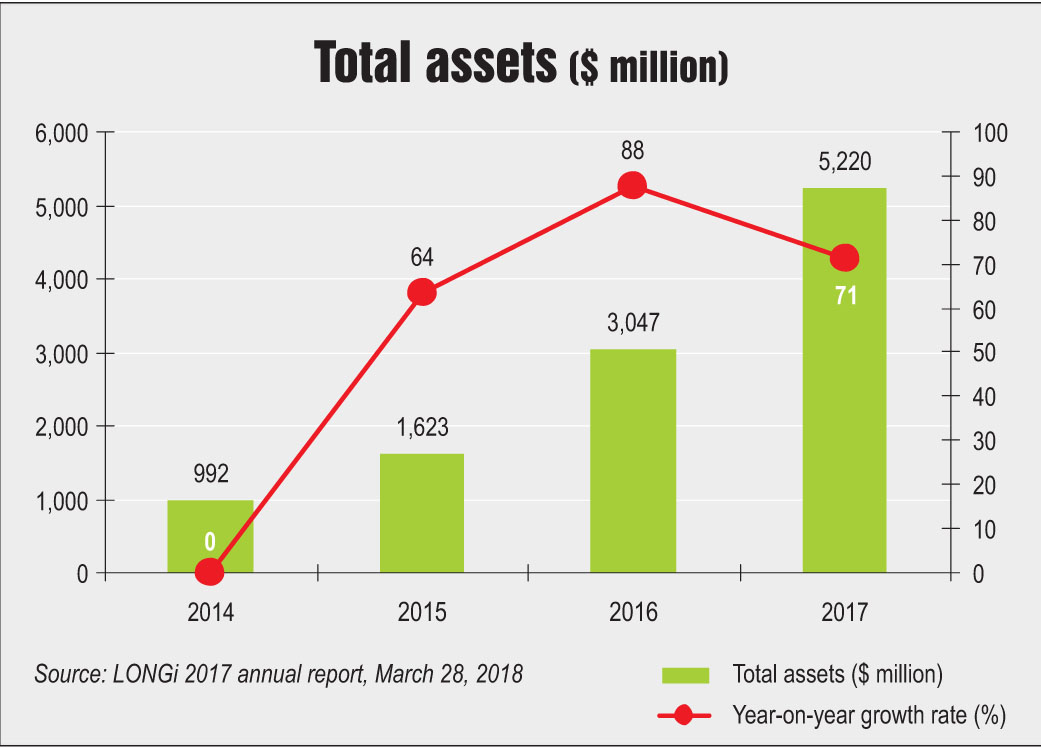 The company has placed its bets mainly on monocrystalline technology. According to LONGi, products based on this technology are 1.5-2 per cent more efficient than those based on multicrystalline technology. “The former are more efficient under low irradiance as well,” says Kapil. In China, the company has helped increase the market share of mono products, owing to its large manufacturing base and reliable, high quality products. When the company entered the Chinese market, the share of monocrystalline products was just 5 per cent. By the end of the year in which LONGi started selling its products, the share went up to 15 per cent and the following year, it went up to 25 per cent. Currently, it is more than 50 per cent and the company believes this share can go up to 80 per cent.

“We are now moving from mono to mono-passivated emitter and rear cell (PERC), which is 22 per cent more efficient. After this, we will go for mono-PERC bifacial, with a front-side efficiency of more than 22 per cent and bifaciality of 80 per cent,” says Kapil. “These technologies will raise the efficiency of the modules by 10-15 per cent while keeping the price constant. This will thus help us provide a much higher levellised cost of electricity (LCoE) to our customers.”

LONGi’s focus on launching new and innovative technologies led to the development of the bifacial shingling module, which is slated to be released in 2019. In this, the cells are overlapped to reduce losses between cells and increase the surface area for gains in efficiency. 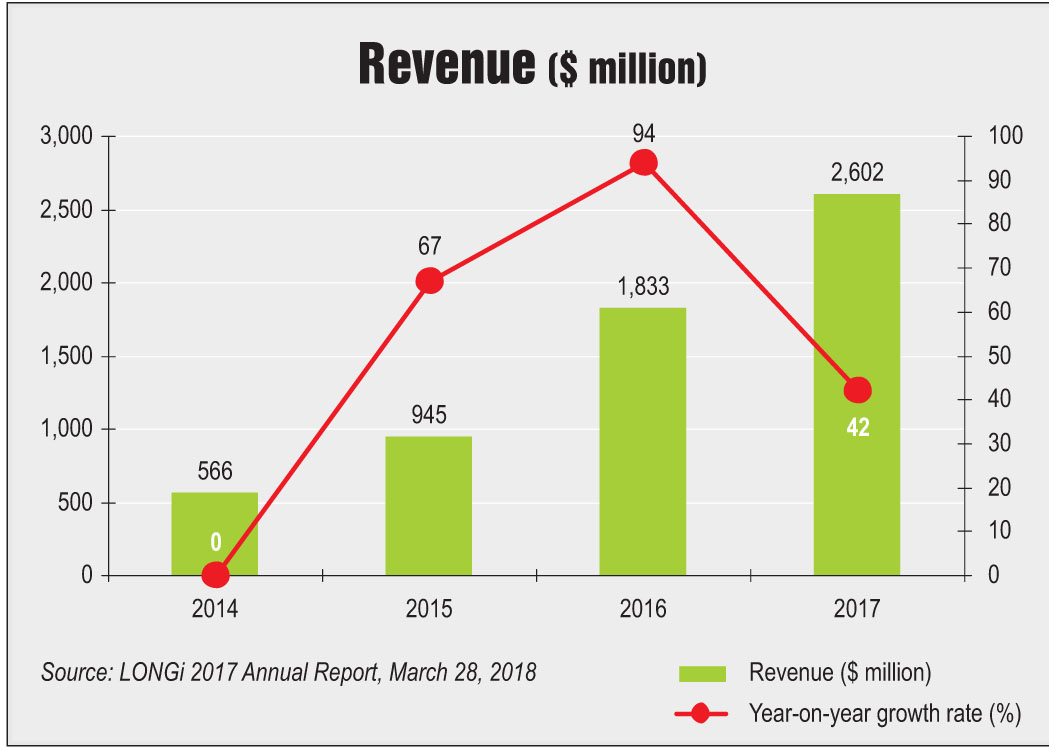 Strong financials and focus on R&D

In the first half of 2018, the company reported a mono c-Si wafer production of 1.544 billion pieces, of which 758 million pieces were exported and 786 million were used in China. Meanwhile, module shipments reached 3,232 MW, of which modules of 2,637 MW of capacity were sold in the market and 375 MW of modules were used in poverty alleviation projects in China. However, the major change in module shipments came from international sales, which accounted for 687 MW of capacity in the first half of 2018, 18 times higher than that in the previous year. The company has been investing significantly in research and development (R&D), which makes it less susceptible to technology obsoletion risks. Bloomberg New Energy Foundation, in its PV Module Brand Bankability Report 2018, provided Altman-Z scores of the world’s largest photovoltaic module makers and LONGi Solar ranked ahead of its rivals in manufacturers’ credit ratings.

LONGi reportedly surpassed long-term R&D spending leaders First Solar and SunPower for the first time in 2017 and set a new R&D spending record by allocating over $175 million for the purpose. In the first half of 2018, the company’s R&D spending reached $105 million, which comprised 7.18 per cent of its operating income. “From 2012 to 2018, we spent close to $379 million in R&D facilities, which translates into over 5-7 per cent of the total revenue. With these investments, we have introduced various technologies like mono-PERC and mono-PERC bifacial, and are now about to disrupt the market by introducing Shingling in 2019,” remarks Kapil. 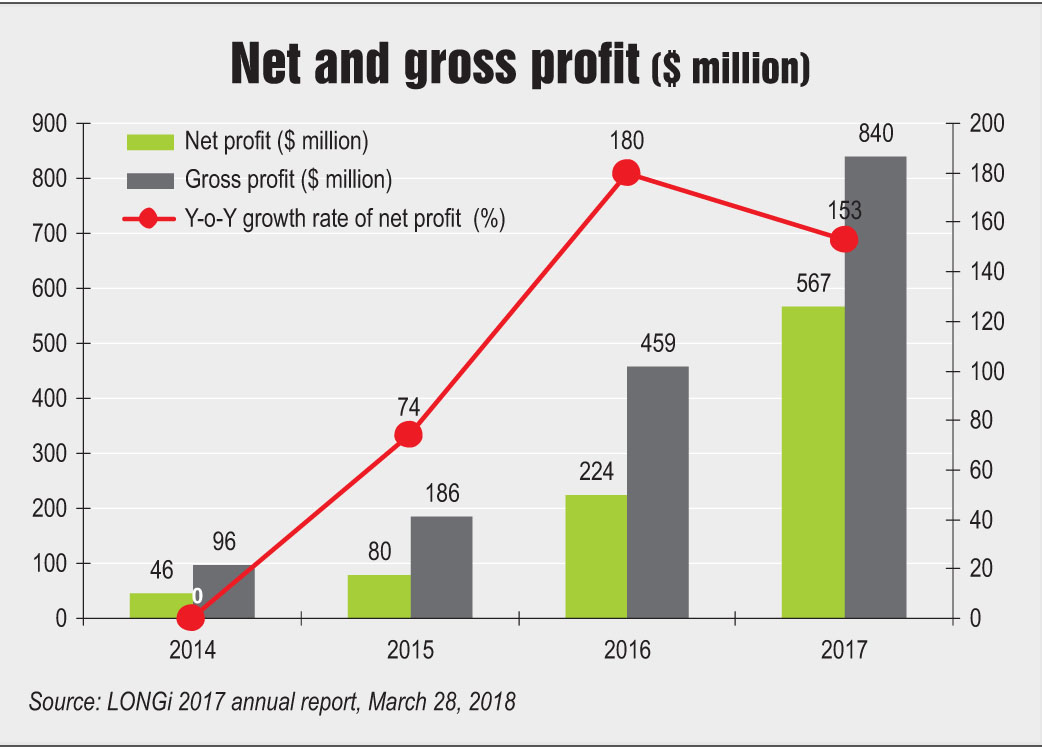 Entry in the Indian market

LONGi entered the Indian market backed by deep pockets and a strong global foothold. The changing policy dynamics in China with respect to solar energy also nudged the company to look at new markets. “With the 531 New Deal, China has reduced its future installation targets. Currently, there are many Tier II and Tier III manufacturing facilities in the Chinese market that may perish. Hence, we are taking a cautious view on expanding our manufacturing base in China,” cautions Kapil. In the wake of the “Make in India” initiative, LONGi showed interest in manufacturing cells and modules in India and signed an MoU with the Andhra Pradesh government in September 2015 to develop a manufacturing facility in Shri city. In May 2018, it surrendered the area allocated to it in the special economic zone (SEZ) and opted for a bigger land area to cater to the burgeoning domestic market. While the company has ambitious plans in India, it still has a long way to go. According to the BRIDGE TO INDIA Solar Map of 2018, LONGi Solar currently holds only 1.73 per cent share of the module supplier market in India. The company faces various issues in this market. First, it manufactures only mono-crystalline products, which are slightly more expensive than products based on other technologies like multicrystalline and thin-film. Hence, it takes a considerable amount of time to convince Indian customers, who look for cost-effective products to survive in a market plagued by low tariffs. The lack of adequate labs for solar module certification, coupled with unstable policies on safeguard duties, has added to the company’s troubles.

Irrespective of these issues, LONGi Solar has announced its plans to double the capacity of its cell and module factory in Andhra Pradesh from the existing 500 MW to 1,000 MW. To this end, the company plans to invest Rs 21.6 billion. The expanded module assembly plant is expected to be completed by August 2019 while the construction of the new solar cell facility will be completed by January 2020. 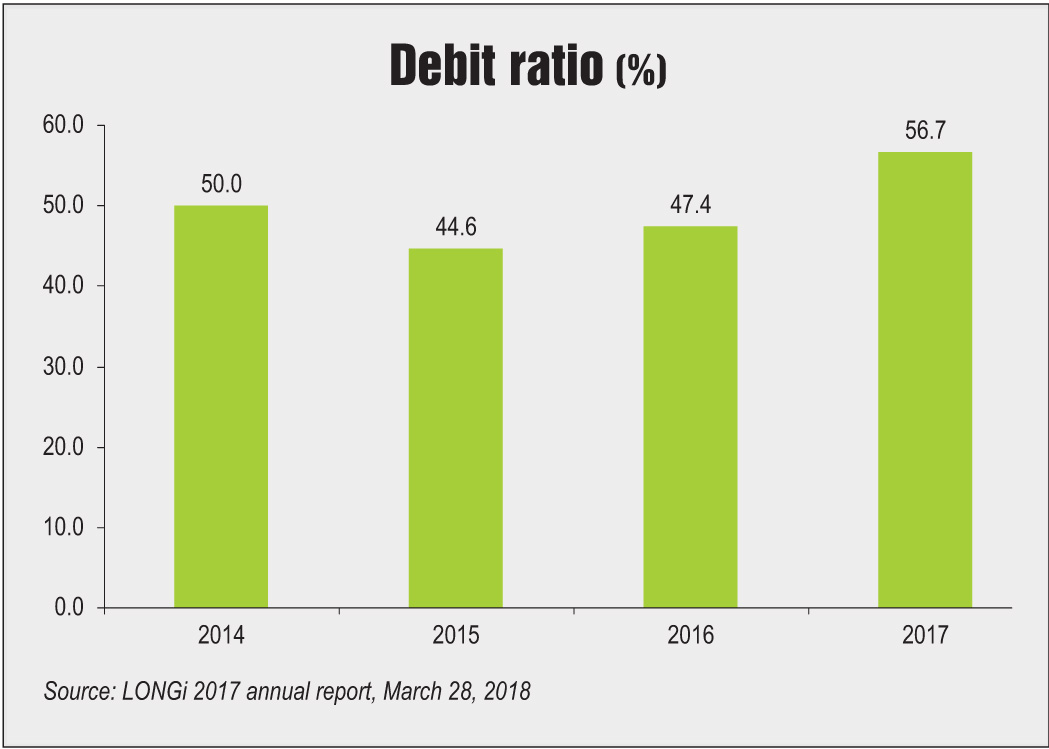 Going forward, LONGi plans to foray into the rooftop market. “The company currently focuses on utility-scale projects. With a better sales network and partners, we will move to the rooftop segment. We will come out with an innovative business model where our partners will keep the inventory,” says Kapil. It will be interesting to see how its rooftop foray pans out given that the market is already crowded with a number of domestic and international players. That said, LONGi’s expertise in the monocrystalline technology space and its strong focus on R&D to further enhance efficiency could help it reduce the LCoE for customers as well as create a niche market for itself in both the utility and rooftop solar segments. 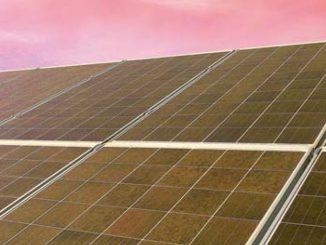 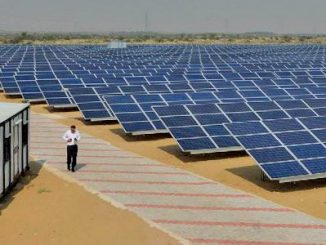 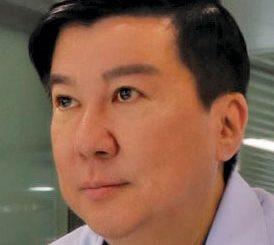