IBC SOLAR Energy (IBC) is the international project development division of the IBC SOLAR Group, which provides vertically integrated services in the solar space. IBC has operations spanning the solar value chain, from project development and financing to engineering, procurement and construction (EPC), and operations and maintenance. It is headquartered in Germany, which is also its largest market.

The IBC SOLAR Group has a presence in about 30 countries with over 150,000 installations and a total project portfolio of about 3.3 GW globally. It has over 80 MW of solar power projects in India. For about 14 years since the group’s inception in 1982, the company remained focused on the German market. By 2006, it had begun expanding to the neighbouring European markets of Italy, Spain, Portugal and France, among others. In 2012, it decided to move beyond the continent and entered the Asian market by setting up shop in India, through its subsidiaries in Mumbai and Delhi. In the following year, it entered the Japanese solar market.

The Indian solar space has been tricky to navigate for both domestic and international players, given the unique set of challenges regarding regulatory mechanisms, subsidy structure, tariffs as well as on-ground issues with project implementation. However, IBC’s global experience and its relatively long presence in the Indian market have enabled it to overcome these problems.

According to José María Llopis, chief executive officer, IBC SOLAR Energy, the company follows completely different business models even in the two major Asian markets it operates in, so as to cater to the specific industry requirements. In Japan, IBC SOLAR decided to set up small-scale solar projects with sizes up to 2 MW, while in India it focused on the large-scale EPC market. In India, when the solar segment had just begun to take shape in 2012-14, the company started setting up 5 MW capacity projects. As the market matured, it took on larger projects worth 12 MW in Pokhran, eventually increasing the project sizes to over 20-30 MW.

About 60 MW of IBC’s portfolio in India is located in Rajasthan and has been set up through the third-party EPC mode. The remaining capacity has been set up under the developer mode, in which the company has made equity investments while the debt component has been provided by L&T Infrastructure Finance. IBC also happens to be one of the few companies to have set up projects in Odisha. It won a bid floated by the Solar Energy Corporation of India (SECI) to develop a project in the state in mid-2016, at a tariff of Rs 4.43 per kWh and viability gap funding of Rs 0.49 million per MW. This project was successfully commissioned in April 2018.

Discussing the challenges in the Indian solar segment, Shailendra Bebortha, managing director, India, IBC SOLAR, says that while the dynamic nature of the market has benefited the segment, the rapid changes have led to a loss in policy and regulatory stability. Since setting up a solar project involves multiple processes taking place simultaneously, prompt modifications in regulations and the policy framework can create undesirable uncertainties in projects. Talking about safeguard duties, Bebortha believes that the past two quarters have been fairly fluid due to the various changes in the financial markets. On the regulation side, uncertainties have arisen with the imposition of safeguard duty, caps on tariffs, and reports on cartelisation in project development.

Thus, there are temporary issues that need to be handled, says Bebortha. When the 20 GW target was scaled up to 100 GW, the government’s objective was not only to fill the gap between power generation and demand but also to provide sustainable clean power, and alter the energy mix by reducing the dependence on foreign oil and fossil fuels, thereby reducing the import bills, he adds. To achieve these additional goals, even the 100 GW target may not be sufficient. “The important question that the industry should ask is whether the nation is adopting solar energy for its sustainability or because of lower tariffs,” he says. Given the recent spate of tender cancellations, Bebortha remains apprehensive of stakeholders not giving due consideration to sustainability. 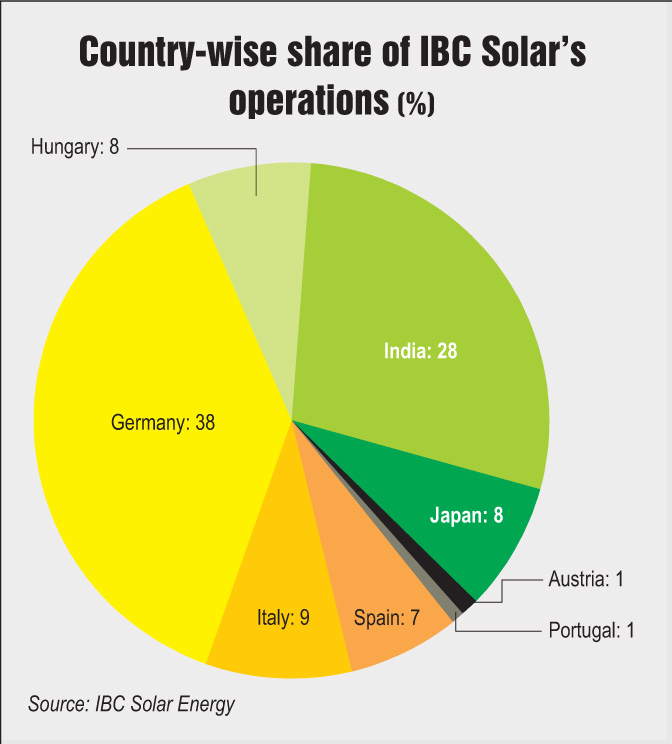 Out of the 3.3 GW that IBC has installed globally, about 3 GW is in the form of rooftop installations. This sets it apart from other similar vertically integrated companies that are usually focused on utility-scale projects. However, the company has not been able to tap into its rooftop solar experience to showcase a similar success story in India. “We have extensive experience in rooftop solar development, but as far as India is concerned, it is difficult to explore a viable business model,” says Bebortha.

The company feels that there are already many players in the small-scale solar and rooftop segments with standard business models. Thus, with the current market dynamics, it is difficult for IBC to bring in services that add value to the rooftop segment. In addition, the Indian rooftop space varies vastly from the international market and may therefore not be ready for IBC’s offerings yet.

“The company began by installing energy storage systems in Germany for residential consumers,” says Llopis. Unlike the Indian power sector, residential consumers are charged higher tariffs than industrial and commercial users for grid electricity. Thus, they obtain higher profits from rooftop solar systems as well as battery storage technologies, with a payback period of only five to seven years. However, over the past year and a half, batteries have become profitable for the German industrial and commercial segment as well due to cost reductions. These consumers are utilising energy storage systems for peak load shaving, thus avoiding time-of-use charges.

“In India energy storage will soon be a reality,” says Bebortha. He adds that in addition to the increasing power demand and decreasing battery prices, the country is progressing towards the peak tariff determination or time-of-use charge system. Once this is implemented, energy storage will become profitable. However, the company faces stiff competition from China, the global manufacturing hub for batteries. Nevertheless, Bebortha feels that while Chinese products may have a slight edge over IBC in terms of cost, it makes up for it in quality. The company is now planning to participate in the storage tender to establish itself in the Indian market as well as to demonstrate quality parameters that are necessary in the Indian energy space.

“Cost has always been an important factor for the widespread acceptance of any technology in India. As was seen in the case of the wind and solar segments, projects were adopted on a MW-scale after the technologies became financially viable,” says Bebortha. A similar situation can be expected for energy storage as well. Since battery-based energy storage technologies are going to play a major role in the future energy systems worldwide, Bebortha believes that the Indian government needs to focus on bringing out policies for quality standards and safety requirements for these technologies.

IBC aims to develop a solar project pipeline of over 500 MW by the end of 2018, in select markets. In countries like Japan, IBC has over 70 MW of solar projects in the pipeline.

In the Indian market, the company has plans to grow not only in the solar utility space but also in the energy storage segment, as an EPC player and a developer. IBC has been closely observing developments in the Indian power sector. Despite the challenges, the company is confident that given India’s large energy requirements and a clear focus on transitioning to cleaner energy sources with concrete targets, renewable energy, including solar, will continue to grow.

May 30, 2021
The Ministry of New and Renewable Energy (MNRE) has issued guidelines for the implementation of the production-linked incentive (PLI) scheme, the Nati...
More 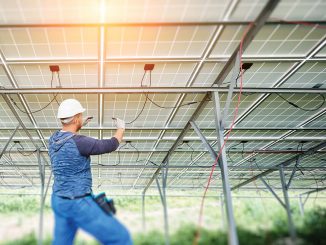