GE has launched Haliade-X turbine, which has a rated capacity of 12 MW. The turbine has a 63 per cent capacity factor, and towers 260 metre above sea level. At 63 per cent, the Haliade-X is five to seven points ahead of the current industry benchmark. Each turbine unit is claimed to have the ability to produce 67 GWh of energy per year.

The new wind turbine will produce 45 per cent more energy than the current largest turbine available. GE has stated that it is five times the height of the Arc de Triomphe.

Each blade of the turbine is 107 metres long, making a total rotor diameter of 220 metres. The blades were designed and will be manufactured by LM Wind Power, which has manufacturing units in Europe, North and South America, and Asia.

GE will invest $400 million in developing and deploying the Haliade-X over the next three to five years, and anticipates that the first deployment could be done in 2021.

April 2018
The Institute for Solar Energy Research Hamelin (ISFH) and the Leibniz Universität Hannover claim to have achieved an efficiency of 26.1 per cent for...
More 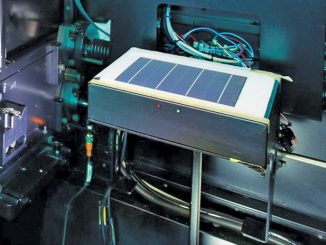 June 2018
Founded in 1997 and listed on the New York Stock Exchange in 2006, solar photovoltaic (PV) module manufacturer Trina Solar is in its third decade of o...
More 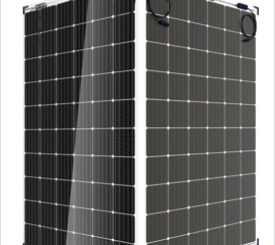