Out of the entire capacity installed in the country in 2017-18, only 16 per cent of the modules were procured from Indian module manufacturers. Vikram Solar is one of the few domestic module manufacturing firms that have stood the test of time even in the face of stiff competition from Chinese module suppliers. The company completed more than 200 MW of projects in the country during this period.

According to BRIDGE TO INDIA, a total of 7,549 MW of solar photovoltaic (PV) capacity was installed in the country in the ground-mounted solar segment from October 2016 to September 2017, of which Vikram Solar accounted for a market share of 2.4 per cent. Domestic module production during the same period was about 1,764 MW, of which Vikram Solar had a share of 17.2 per cent. In total, Vikram Solar shipped about 825 MW of modules globally from its module manufacturing plant in the Falta Special Economic Zone in West Bengal. The total production capacity of this facility was extended from 500 MW to 1,000 MW in 2017. Besides manufacturing modules, the company also offers engineering, procurement and construction (EPC) services ranging from conceptualisation, execution, commissioning and acquisition of developed sites. Its total EPC capacity portfolio till date is approximately 1 GW (commissioned and under execution) across rooftop- and ground-mounted projects in the country.

Some of its noteworthy utility-scale projects include a 130 MW solar PV plant for NTPC at Bhadla, Rajasthan, 80 MW for Gujarat Industries Power Company Limited at Charanka, Gujarat, 40 MW for Infrastructure Leasing & Financial Services Limited at Kachaliya, Madhya Pradesh, and a 20 MW solar plant for Jindal Aluminium in Karnataka. In the rooftop space, the company has commissioned over 180 projects. Besides, the company has also installed a number of innovative projects including the country’s first floating solar plant and solar projects at airports including those of Calicut, Kolkata and Kochi. Headquartered at Kolkata, Vikram Solar is also rapidly expanding its presence abroad. In October 2016, the company entered the Finnish market by signing an agreement with Finland-based Finnwind. It has also opened an office in Shanghai, China. It already has offices in Germany, the US and Singapore. All these developments have helped the company increase its revenue from Rs 6.23 billion in 2014-15 to Rs 9.1 billion in 2015-16 and Rs 16.59 billion in 2016-17.

Over time, Vikram Solar has inked technology collaborations with several international component suppliers and research institutes to enhance its technical expertise in module manufacturing. The company is planning to expand its manufacturing capacity to 2 GW by 2020. In the EPC space, Vikram Solar currently, has more than 270 MW of projects under execution.

With the government announcing plans to tender 20 GW of solar capacity and 5-10 GW of floating solar power projects, the coming year looks to be pretty busy and rewarding for Vikram Solar. However, Neha Agrawal, head, corporate strategy and rooftop business, Vikram Solar, highlights, “total of 1,456 MW of solar power projects were tendered and 1,232 MW auctioned in the third quarter of 2017, which is a considerable decrease from the second quarter of 2017 when 3,408 MW of solar projects were tendered and 2,505 MW were auctioned. Solar tendering and auctioning activity also declined steeply in India during November 2017 by 25 per cent (tendered) and 98 per cent (auctioned) from October 2017.”

Some tenders have also been cancelled such as the 250 MW solar project auctioned by NTPC in October 2017, as the tender clauses  breached the WTO regulation pertaining to selling of power to state discoms if the project has a domestic content requirement clause. “Increasing the number of tenders and awarding more projects without cancellation is important if the year 2018-19 is to be truly progressive for solar,” says Agrawal. The biggest issue faced by domestic module manufacturers is their preference for imported modules, especially Chinese, compared to the domestic ones, as they are being offered at a much lower price than their Indian counterparts. According to estimates, more than 80 per cent of the module demand in the country has been met by imported modules, presenting a bill of $3 billion in 2017. In this context, Vikram Solar also appealed to the government for imposing anti-dumping duties on imported modules. Agrawal says, “The US and Europe have imposed anti-dumping duties to ensure quality and sustainability of their solar development. India is finally following in their footsteps and we have high hopes for the future when we can get a level playing field to go toe-to-toe with foreign suppliers.”

While the jury is out on the matter of anti-dumping, Vikram Solar seems to be on the right path to gain from the country’s solar growth story.

February 2017
Spanish wind turbine major Gamesa has been present in India since 2009. In a short span of seven years, the company has been able to establish itself ...
More 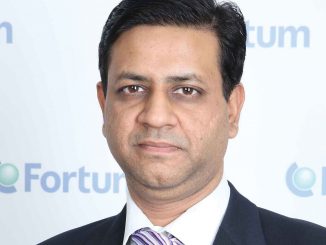 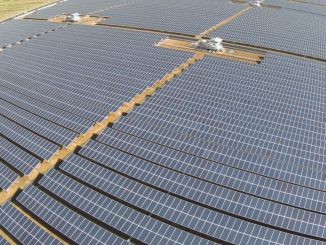