India has been witnessing exponential growth in the solar power segment with the overall installations crossing the 17 GW mark in 2017, a 60 per cent growth over 2016. The government is exploring all possible options for promoting solar power to meet its ambitious 100 GW by 2022 solar installation target. However, there are several challenges in achieving the same. The burden on land can be reduced by installing solar modules on potential waterbodies across the country.

Recently, the Solar Energy Corporation of India invited expressions of interest (EoIs) from prospective developers intending to set up 10 GW of floating solar photovoltaic (PV) projects in the next three years. A floating solar PV (FSPV) plant is an advancement in the commercial solar power generation space wherein PV cells are installed on a floating system in a waterbody. FSPV systems typically consist of a racking assembly mounted on the top of a floating structure (rafts or pontoons) on reservoirs, storage/irrigation ponds and lakes. More recently, FSPV technology has gained momentum worldwide, with China commissioning the world’s largest FSPV project of 40 MW. A preliminary study estimates India’s FSPV potential to be around 310 GW considering there are 6.14 million hectares of still water surfaces in the country. In 2014, the Ministry of New and Renewable Energy funded a 10 kW FSPV project in Rajarhat, Kolkata, which was a part of the research and development activity undertaken jointly by the Arka Renewable Energy College and the New Town Kolkata Development Authority. Pilot projects of 4.8 kWp and 10 kWp were also commissioned in Nagpur and Chandigarh, respectively. The Kerala State Electricity Board built 500 kWp of FSPV capacity on the Banasura Sagar reservoir in Wayanad in December 2017. The project is spread across 6,000 square metres of water surface, which is 30-40 per cent less than the land area required for a ground-mounted solar project of an equivalent capacity and of the same module technology.

A floating system should be appropriately designed to operate under site-specific weather conditions, and varying stress and vibrations. The system should be suitably secured to maintain the orientation and position of modules at all times. A floating system contributes 25-35 per cent to the overall project cost. It has been observed that there are very few manufacturers/suppliers of floating solar systems in the global market, which impacts the techno-economic viability of these projects. The per MW capital cost for FSPV projects in India would be Rs 150 million-Rs 160 million (cost of the largest FSPV project in India) whereas the capital cost of utility-scale, ground-mounted projects has fallen to Rs 50 million-Rs 60 million per MW. Thus, FSPV technology is much more expensive than ground-mounted PV at the moment. Increased corrosion of the metallic structure and components can reduce the life of the system, and add to the O&M cost. But it can be avoided by installing projects in fresh water rather than salty waterbodies. Since these systems block sunlight, it may affect aquatic life.

The FSPV market in India is still at a very nascent stage. As per media reports in 2016, the National Hydro Power Corporation was planning to set up 600 MW of FSPV capacity at the Koyna hydropower project. In November 2017, the Greater Visakhapatnam Municipal Corporation invited bids for developing and providing O&M for five years for a 3 MWp grid-connected FSPV on the Mudasarlova/ Meghadrigedda reservoir in Visakhapatnam district. KfW has also agreed to fund projects in Maharashtra and Kerala. Last year, EoIs were invited for developing 5 MW and 10 MW of FSPV projects in the Andaman & Nicobar Islands and Lakshadweep respectively. 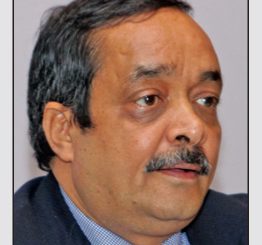 April 2017
R.K. Jain has had a long innings in the solar industry, beginning as an electrical and power electronics systems engineer at JK Industries. He later m...
More 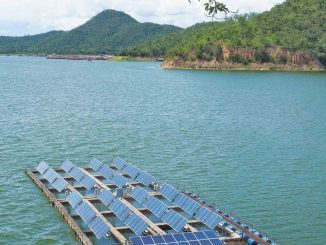 October 2018
By Dolly Khattar Once dismissed as a quirky, niche segment likely to be relegated largely to land-scarce countries like Japan, the concept of floating...
More 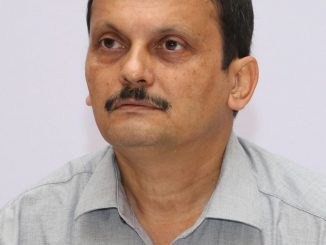 September 2018
The advent of competitive bidding had brought in a period of inactivity for the entire wind power segment. However, the segment has started regaining ...
More