Solar trackers have emerged as a popular technology to increase the power output of a solar plant. By tracking the path of the sun, single- and dual-axis tracking systems can deliver a performance gain of 15-25 per cent and 20-30 per cent respectively, compared to fixed-tilt systems. Trackers, therefore, help increase the total power output of the plant. The return on investment for single-axis projects is 2-3 per cent higher than that for fixed-tilt projects while that for dual-axis tracker projects is 5-7 per cent higher.

Driven by falling costs and technological advancements, solar photovoltaic (PV) trackers have been gaining momentum over the past few years. As per industry estimates, solar tracker systems are expected to account for a 44 per cent share in the total solar installations worldwide, implying an annual solar tracker market size of $3.6 billion by 2022.

Solar power developers across the world have started using tracker technology to improve plant performance. In 2016, the US dominated solar tracker installations worldwide with over 70 per cent of the total capacity. Given their massive short-term renewable energy targets, many developing countries are catching up. According to a study by GTM Research, by 2022, the US will account for only 25 per cent of the total tracker installations while emerging economies such as North Africa, the Middle East, Latin America and Asia will dominate. India and China are expected to be the major markets for the technology.

With growing awareness about the benefits associated with the tracker technology and its decreasing costs, the solar industry expects more than 50 per cent of the upcoming capacity additions to be based on tracker solutions. This is backed by the entry of major tracker companies in India. Some of the prominent players in the Indian solar tracker market include Array Technologies, SunPower, First Solar, NexTracker, Soitec, Arctech Solar, Scorpius Trackers, Smartrack, Mahindra Susten and Nuevosol Energy. By June 2017, NEXTracker had installed over 1 GW of solar tracker systems in the country.

Many solar tracker system providers are now looking at advanced methods for cost reduction. According to Guy Rong, president, International Business, Arctech Solar, the current trend in the industry is to adopt a 1,500 V system in order to increase the system conversion efficiency. He adds that all innovations are now being directed towards lowering the total expenses. Companies are trying to use lighter and cost-effective materials, as well as faster installation methods to lower the labour costs, and shorten the duration of project construction. Innovative technology options such as making trackers compatible with inverters and modules can further lower the costs for developers by saving expenditure on UPS and related components.

Conventionally, solar tracking is done for an entire array or a row of solar panels. The array tracker operates multiple rows using a single shaft and requires only 3-4 motors per MW. Meanwhile, the row tracker operates a single row to track the sun and uses 40-50 motors per MW. Both systems have their own advantages and disadvantages. While an array tracker system is cheaper, the row tracker performs better on uneven land and is easier to operate and maintain. However, to optimise costs and power output, a combination of the two tracker systems can be deployed at a single location. 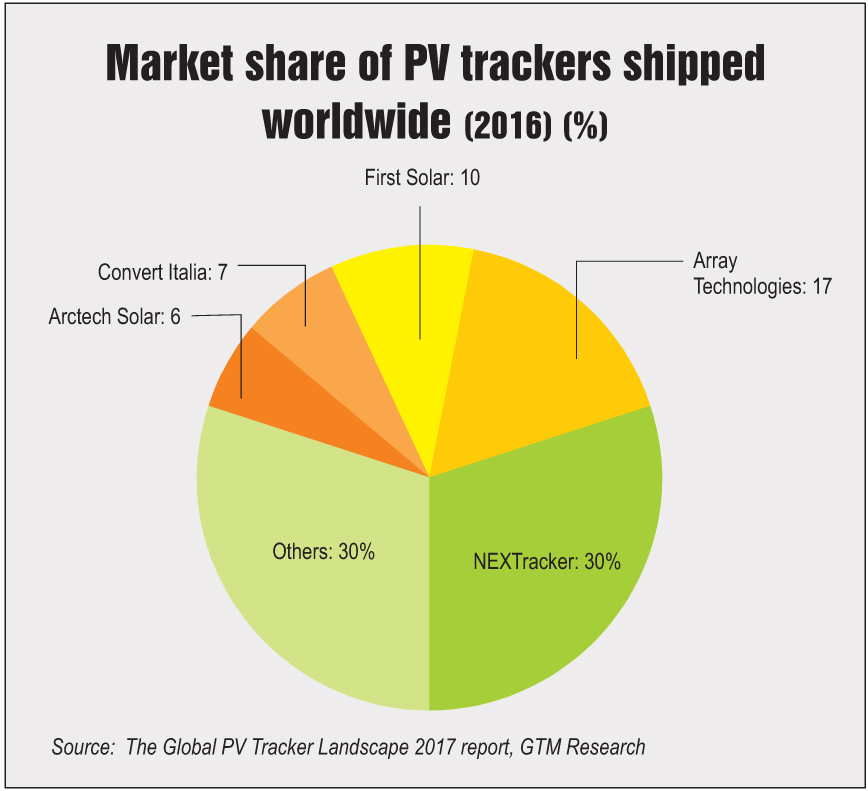 One of the major challenges facing the large-scale deployment of tracker systems has been convincing developers to bear additional costs associated with the technology. Trackers can add up to 15-20 per cent extra cost to the capital expenditure of a solar power plant. According to market estimates, single-axis trackers add Rs 7 million-Rs 8 million per MW, whereas dual-axis trackers add Rs 10 million-Rs 12 million to the project cost. The operations and maintenance of these plants can also result in an additional expenditure of Rs 400,000 per MW. Moreover, cost-benefit analysis of the implementation of tracker systems has not resulted in high performance gains in the country, due to which developers usually prefer fixed panels with manual seasonal tilt due to their lower cost.

Studies have indicated that in case of tracker failure, the output of the solar plant can go down by 40 per cent. Hence, the developer may incur maintenance or replacement costs leading to substantial losses in revenues. Another challenge faced during the implementation of tracker systems is land. On an average, tracker systems require 2 to 3 acres of additional land as compared to the fixed-tilt systems. It has been seen that most of the developers face difficulties in land acquisition as well as legal uncertainties related to its use after obtaining the land. These issues can discourage developers from opting for the tracker-based systems. Therefore, it becomes imperative to ensure high quality standards for the smooth operation of tracker systems for at least 25 years. 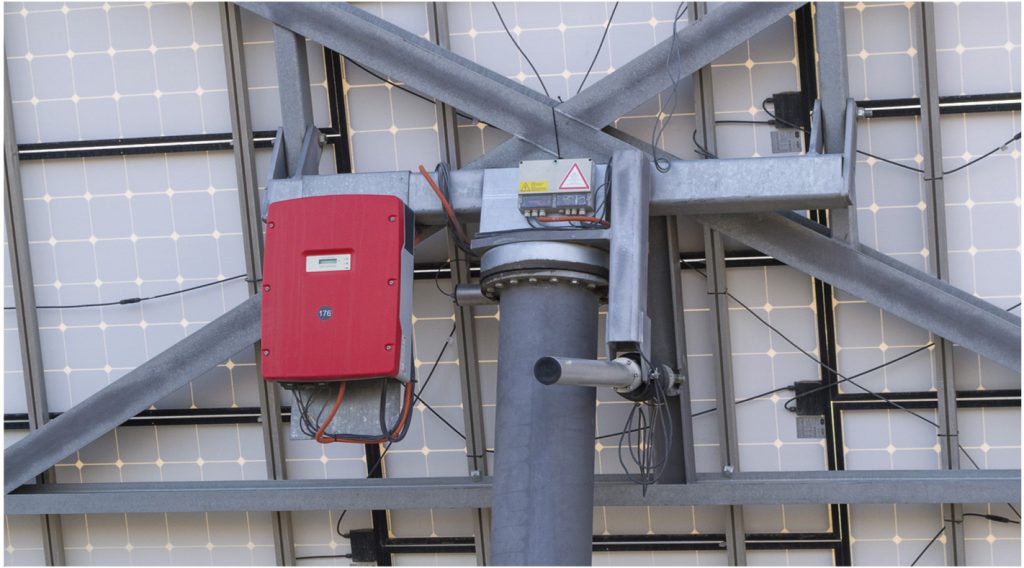 Outlook and the way forward

The solar industry has witnessed many ups and downs over the past year. The year 2017 saw tariffs hitting new lows because of low module prices, competitive bidding and fewer auctions. Consequently, profit margins were reduced and lower investments were made in tracker-based systems. However, the new bids have seen a slightly higher tariff, owing to an increase in module prices. This could result in higher profit margins and a subsequent increase in the funds available for tracker-based projects.

Once there is significant solar capacity in India, the market for solar trackers is expected to open up, as the developers will shift their focus on increasing their power output in order to generate higher revenues. While the average generation for fixed-tilt projects is about 1.57 MUs, it could be more than 1.88 MUs for tracker-based projects. This translates into a lower generation cost per unit and an increased return on investment by at least 3-5 per cent. As per industry estimates, India needs to install 3-4 GW of single-axis trackers over the next three to four years. Therefore, the 100 GW solar target along with a competitive market could present a strong opportunity for the uptake of trackers.

February 2018
The open access (OA) market has been restrained largely because of policy and regulatory constraints, which stem from discoms’ unwillingness to part...
More 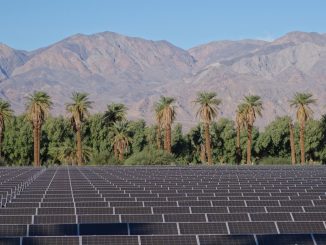 February 2017
Nearly 20 cent of the country’s solar installed capacity target for 2022 is slated to come from solar parks. These parks have a number of solar powe...
More