Uttar Pradesh continues to struggle with power shortages, unreliable power supply and prolonged power cuts, which have hampered industrial development in the state. As per the Central Electricity Authority, Uttar Pradesh had a power demand of 93,168 MUs during April-December 2017 against which 91,726 MUs was supplied, recording a deficit of 1.5 per cent. The peak power supply recorded a bigger deficit of 10.9 per cent during the same period. The state has to often import electricity from other states in order to meet its demand, leading to high additional costs. There is a considerable difference between the tariff paid by the consumers and the price of imported power. This adds to the woes of the state’s power utilities, which have to buy costlier power.

Although the Uttar Pradesh Electricity Act was introduced in 1999 to restructure the state’s power sector, the scenario has not improved much over the years due to the limited unbundling of the state electricity board, which did not lead to much competition. Due to these challenges, the state has not been able to invest in the improvement of its transmission and distribution infrastructure and the promotion of energy conservation.

In January 2016, the state government, on behalf of the discoms, entered into an MoU with the Ministry of Power under the Ujwal Discom Assurance Yojana (UDAY) to turn around the discoms. This scheme is helping the state discoms recover from their severe financial stress by improving their financial efficiency. Uttar Pradesh has already issued two bonds worth Rs 240 billion and Rs 100 billion in 2016 and 2017 respectively against the discoms’ debt, which it took under UDAY. As per a recent analysis, despite these measures, the state discoms have not yet been able to curtail their losses, which have only increased over the past year owing to an increase in aggregate technical and commercial losses and a decrease in billing efficiency. However, the state has increased tariffs by a large margin over the past three to four years, which has resulted in stable revenue generation.

Owing to unreliable coal supply and the high cost of imported power, Uttar Pradesh is now moving towards renewable energy. The state is rich in renewable energy resources like solar and biomass, which can prove to be a boon for its crippled power sector and help meet its power demand.

As per the Ministry of New and Renewable Energy (MNRE), Uttar Pradesh has a renewable energy potential of about 27,593 MW, of which only 2,470.18 MW has been installed as of December 2017. The installed renewable energy capacity accounts for roughly 10.14 per cent of the total installed power capacity in the state. To drive renewable energy uptake, the state government has taken several important policy and regulatory steps. In 2017, it introduced a new solar policy, with revised and more aggressive targets. Besides, the Uttar Pradesh Electricity Regulatory Commission (UPERC) issued the Mini-grid Renewable Energy Generation and Supply Regulations, 2016, to encourage minigrid development in the state, especially in the rural areas.

The growth of solar energy installations in the state has been slow as compared to other states. The state’s solar energy potential stands at 22,300 MW, of which only 600 MW has been utilised and installed till now. As per an MNRE report, about 170 MW of solar capacity was added in the state during March-October 2017.

The new solar energy policy supersedes the solar energy policy of 2012. It has set an aggressive target of 10,700 MW of installed solar capacity till 2022, of which 3,400 MW is reserved for rooftop solar plants. In order to encourage large-scale deployment of solar power plants in the state, the policy offers various incentives and also capital subsidy to rooftop solar developers.

In 2015, NTPC had carried out a solar auction for 100 MW of solar projects, in which Azure Power and Adani Power won 50 MW of capacity each by quoting Rs 4.78 per kWh. Adani Power commissioned the 50 MW solar power plant in Mahoba district in June 2017 at an investment of Rs 3.15 billion, while Azure Power’s 50 MW plant was commissioned in September 2017.

In 2016, the Solar Energy Corporation of India (SECI) decided to auction 440 MW of solar capacity for solar parks in four cities in the state at a fixed tariff of Rs 4.43 per kWh. However, bids were received for only Allahabad and Mirzapur, while Kanpur and Jalaun did not receive any bids due to inadequate power evacuation infrastructure. As a result, only 125 MW of solar capacity was allocated, with Indiabulls winning the 50 MW Allahabad solar park and Solairedirect winning the 75 MW Mirzapur solar park. Both these projects are currently under implementation.

SECI has also recently released a tender for a 275 MW solar park in the state as part of the National Solar Mission Phase II, Batch IV, Tranche XIII. These projects will be set up on a build-own-operate basis and the power will be sold to Uttar Pradesh Power Corporation Limited. The entire solar capacity under this tender will be dedicated towards achieving 100 per cent renewable energy use in Varanasi. In addition, UPNEDA has recently released a tender for 1 GW of solar PV projects across the state.

Solar plants aggregating 215 MW were tendered in 2015, of which only 135 MW has been commissioned till November 2017, owing to the renegotiation of tariffs to Rs 7.02 per kWh by UPERC. The power purchase agreements (PPAs) had been signed at a higher tariff. Six out of nine commissioned projects are not ready to sell their power at a lower tariff, while six other developers that are yet to set up their projects would risk their PPAs if they do not agree to the lower tariff. This can prove to be detrimental to the state’s solar growth, as developers may shy away from setting up projects in the state in fear of contract cancellation.

No action in small-hydro and biomass

Uttar Pradesh has a small-hydro power potential of about 460 MW, of which only 25.1 MW has been installed so far. About 57 projects totalling 167 MW have been identified for development by the Uttar Pradesh New and Renewable Energy Development Agency, while a few other projects are at the feasibility assessment stage. However, no new small-hydro project has been commissioned over the past three to four years, despite an upward tariff revision to Rs 4.80 per kWh in 2015.

Being one of the largest producers of sugarcane in the country, Uttar Pradesh has a significant potential for bagasse-based cogeneration or biomass plants. As per a report by The Energy and Resources Institute, the state’s biomass potential stands at about 3,757 MW. Uttar Pradesh came out with a draft biomass energy policy in 2015 targeting the installation of 1,000 MW of biomass-based plants.

However, only about 30 MW of biomass-based plants were installed in 2016. As per MNRE estimates, biomass plants aggregating 1,938.11 MW were commissioned as of December 2016. However, the biomass industry is slowly declining in comparison to more cost-effective renewable sources like solar. This can be attributed to the seasonal nature of biomass availability and high transportation costs.

Further, aggressive solar capacity addition targets and increased competitive bidding in the solar segment, in line with the MNRE’s vision, will spur solar energy development in the state. Currently, private sector investment in the state is limited due to the poor law and order condition. Therefore, the government needs to adopt a long-term approach for attracting more private sector developers to the state. 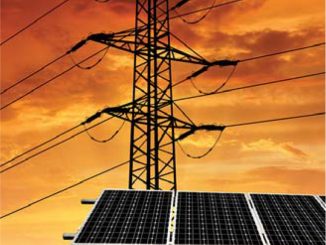 November 2020
Renewable energy has established itself as a preferred source for meeting energy needs across countries. Having added an unprecedented 200 GW of renew...
More 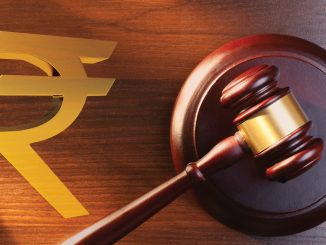 March 2017
Solar power tariffs saw a steep decline in the recent Rewa Solar Park auction. While this is being seen as a significant achievement in the country’...
More