In a bid to reduce greenhouse gas emissions, meet climate change targets and reduce pollution in urban areas, the government has announced ambitious plans to introduce electric vehicles (EVs) and thus also change the face of urban transport. Under the National Electric Mobility Mission Plan (NEMMP), 6 million-7 million hybrid and electric vehicles have been envisioned to be deployed on the Indian roads by 2020. The Faster Adoption and Manufacturing of (Hybrid &) Electric Vehicles in India (FAME-India) scheme launched in 2015, on the other hand, aims to provide subsidies for purchasing EVs. In fact, the government has been planning to implement 100 per cent electric mobility by 2030. A budget allocation of Rs 7,950 million has already been made for developing EVs and related infrastructure.

While the country has set impressive targets, it has a long way to go to catch up with the global EV market trend. Norway has set a precedent by becoming the only country where EVs occupy almost 25 per cent share of its car fleet and are charged with the largely available wind capacity. China, which is one of the world’s largest polluters, has plans to deploy more than 5 million plug-in EVs by 2020 and 7 million by 2025. The state of California in the US has set a target to put 1.5 million EVs on the road by 2025. China has emerged as the biggest EV market with a global share of about 50 per cent in 2016. India, on the other hand, has a meagre share of 0.1 per cent. However, it has devised an ambitious plan to emerge as a key player in the EV space in the next few years.

NITI Aayog, in its study, proposes that in a business-as-usual scenario, the consumption of petrol and diesel in the country will increase to large volumes by 2030. However, in a transformative case (that is, complete implementation of the EV mission) the consumption of liquid fuels is expected to decrease significantly; thus saving a large part of the foreign currency (up to $60 billion) annually, which could help improve the country’s credit rating.

With such massive targets set for the EV industry, it has become necessary to delve into the issues, such as “where is the electricity for charging these EVs going to come from and can renewable energy complement the EV mission of the country?” In a recent report by the US National Renewable Energy Laboratory, it is assessed that most states and regions would be able to produce and consume renewable energy by 2022, thereby becoming “prosumers,” having fewer energy exchanges with the grid.

With the 160 GW target of wind and solar capacity expected to be met by 2022, it is estimated that at any time during the day, almost 54 per cent of the total electricity demand of the country could be met by renewable energy. In fact, this number could go as high as 80 per cent in some states on a windy day.

This massive addition of renewable energy is expected to change the present electricity demand profile of the nation into a “duck curve”, wherein a dip in the power demand occurs between 9 am and 5 pm (due to increase in renewable generation) forming the belly of the duck, and a sudden increase in demand right after 5 pm or 6 pm takes the shape of the duck’s neck. A similar generation and demand scenario has already created problems in Australia, Europe and California. As a result of the significant decrease in reliance on coal-fired power plants during the “belly hours”, their plant load factor (PLF) goes down. The issue with thermal generation is that it needs to be run continuously, as it cannot be instantaneously ramped up or down. In a country like India, where the maximum generation comes from coal-fired power plants, the conundrum of either decreasing the PLF of conventional power plants or curtailing the renewable energy can arise. In fact, many states are already facing the issue of renewable energy curtailment even though its share is quite low in comparison with the set targets. According to NITI Aayog, there are two main factors on which the government is banking for increasing the power consumption and, therefore, generation. One is the fourth round of industrialisation (spearheaded by the internet of things and increased automation) and the “Make in India” campaign and the other is greater EV adoption. The number of EVs on the roads is going to rise substantially from the 25,000 in 2017 to 75 million by 2030. Therefore, the increase in electricity demand could drive up the PLF of these coal-fired power plants above 50 per cent and EVs could present a plausible solution to absorb the excess renewable energy in the grid.

According to an internal study by Gensol, almost 14 GWh of energy is estimated to be consumed by EVs by 2030 (equivalent to approximately 150 kWh of the connected load), assuming each car travels no more than 25 km each day. Therefore, a large part of the energy requirement will be shifted from liquid fuels to electricity. The analysis also reveals that the low demand period or “belly of the duck curve” would be the best time to charge EVs as renewable energy will be easily available. If the government could introduce policies to incentivise vehicle charging during these time intervals, the duck curve can be altered to a more stable profile. The overall power demand from the country can, therefore, increase and the renewable energy targets can be successfully met without hampering conventional power production.

The economic factors affecting large scale EV deployment are the price of the technology, fuel or electricity and the number of potential buyers. Spiralling tariffs in the wind and solar segments and increasing cost of oil and gas could, therefore, become key drivers for the adoption of EVs on a massive scale.

Installing adequate charging infrastructure for EVs is seen as one of the biggest hurdles in meeting the government’s EV targets. The current charging infrastructure is quite insufficient, though Energy Efficiency Services Limited is taking steps to deploy the same. In addition, NTPC is seeking a licence for providing country-wide EV charging.

However, the uncertainty concerning the proper development and upgradation of the distribution network to factor in the huge electricity demand from EVs within such a short time-span in urban areas remains a concern. Therefore, it is necessary to have the foresight to analyse the nature of the demand from EVs after the charging infrastructure is set up as well as its effect on the duck curve.

Under the NEMMP, large funds and subsidies have already been disbursed for two-wheelers and e-rickshaws, and now subsidies for four-wheelers will be given. It is expected that with the full roll-out of the EV mission, the contribution of automobile industry to the country’s GDP is expected to rise from the present 15 per cent to 25 per cent. Most major automotive companies have shown a keen interest in the upcoming EV market in the country. Almost all automobile manufacturers are introducing EVs in their portfolios to tap the huge potential that electric mobility market offers. Moreover, India is a huge economy and investors are automatically attracted by what is seen as one of the largest demand areas in the next 10 years and, therefore, the EV market may not need preferential tariffs to thrive.

A combined effect of the “Make in India” programme, the green mobility fund for faster adoption and implementation of EVs and Smart Cities Mission will together contribute towards an increase in the number of EVs in the country, and the subsequent increase in the energy demand, which could be met by the 175 GW of renewable energy capacity addition. Moreover, the “one nation, one grid” mission has already been completed and will help to efficiently utilise the renewable energy generated across the country. It is estimated that even if only 20 GW of rooftop solar comes up areas across the country, instead of the targeted 40 GW, it will contribute immensely towards EV charging. Therefore, experts are certain that EVs will be charged with green energy rather than conventional power. This could, therefore, help multiply the pace of renewable energy capacity addition, going forward. n

Based on a presentation by Anmol Jaggi, Founder, Gensol Consultants at Renewable Watch’s “E-Mobility and Charging Infrastructure” conference 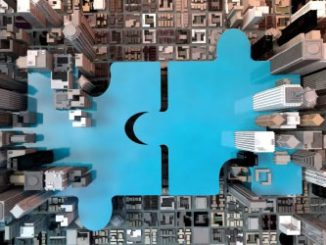 bp acquires 40.5 per cent stake from AREH in Australia

June 22, 2022
The Asian Renewable Energy Hub (AREH) has reached an agreement with bp to sell a 40.5 per cent stake in the large renewables and green hydrogen hub. A...
More 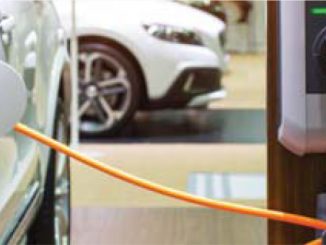