Solar energy implementation has taken off exponentially in India. Much of the credit for this goes to photovoltaic (PV) technology. Concentrating solar power (CSP), which had an equal importance when the National Solar Mission was launched, has taken a back seat as the PV manufacturing capacity in China surged after 2010, only to crash prices of solar PV modules. On the other hand, CSP manufacturing did not take off globally as hardly any new major manufacturing capacity with any big innovations took place.

The market size of CSP is huge as the industrial energy usage accounts for 52 per cent of the total global energy use. About 60 per cent of the industrial heat usage is in the low-to-medium temperature range (<400 degrees C). What is needed is indigenisation, which means component innovations, innovative applications, and establishing local manufacturing facilities to achieve cost reductions.

Energy Guru developed its product to reduce the CSP product cost and installation and maintenance cost. SharperSun is highly scalable and commercially viable, due to high quality unbreakable mirror, easy-to-transport and lightweight structure.

Currently, Energy Guru is targeting the industrial process heat segment. The CSP product designed by Energy Guru is suitable for the hybrid power plant market, and eventually for the enhanced oil recovery and desalination markets.

The innovative aluminum frame design to reduce the weight of the trough by more than 50 per cent has been designed in the US and locally manufactured in India. The SharperSun Space Frame is a specially designed structure to reduce assembly time on the ground, and therefore, reduces labour costs. It also creates a sturdy parabolic structure with rims to slide the aluminum reflective silver mirror film-based sheets easily. The innovative design of the frame thus also reduces auxiliary power consumption, and is durable and corrosion-resistant.

The SharperSun team is working on a single-axis tracking system that significantly reduces auxiliary power consumption required for tracking. Their innovative receiver tube also reduces the cost of CST significantly, as it is more modular in nature. The SharperSun trough uses glass-free, slide-in reflective mirror panels made with a highly reflective mirror film. They are lightweight, easy to manufacture, ship and install, and significantly reduce the construction time and cost compared to a conventional glass-mirrored parabolic trough system 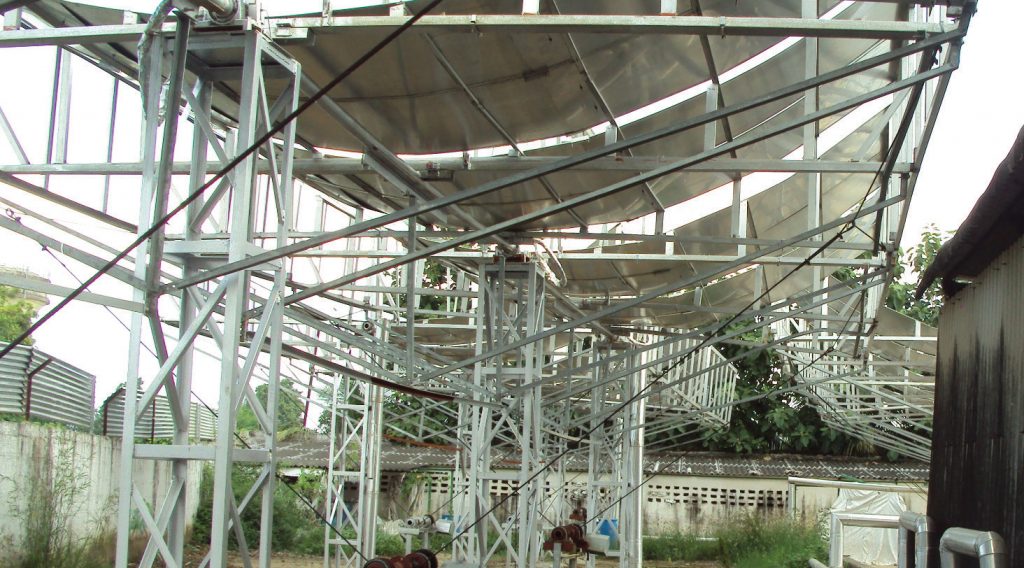 Popular applications for concentrating solar thermal (CST) in India include direct steam generation or thermic fluid heating, which uses inexpensive water as well as suitable heat transfer fluid (HTF)/thermic fluid based on the temperature needs. The SharperSun Solar Steam product can produce steam that can be used for process applications in various industries. The solar thermal system can also be used to preheat the feedwater in industries like food processing, paper pulp and textiles.

A successful case study involves Siddharth Surgicals, a state-of-the-art manufacturer and exporter of surgical/absorbent cotton wool and soft cotton rolls for use in the pharmaceutical industry. The majority of the thermal energy is consumed in the high pressure wide-mouth vertical kier (vat) that is used to make cotton by boiling it. The kier is insulated with bricks. In this process, 10,000 litres of water is heated from ambient temperature to 110 deg C in six hours at 10 psig pressure in a 30mm thick tank by direct firing at the bottom. This water is withdrawn from the tank and again pumped back to the tank to achieve homogenous heating in the tank. The process operates on zero discharge of water.

Siddharth Surgicals chose Energy Guru’s SharperSun technology for displacing LPG using Solar Heat. A total of nine parabolic troughs covering 263 aperture area (290 square metre surface area) were installed in the constrained space. The CST solar field operates from 9 am to 5 pm (10 am to 4 pm are peak hours) and is designed to produce energy at 40.2 million kCal per day. The existing LPG burner provides any shortage in energy. 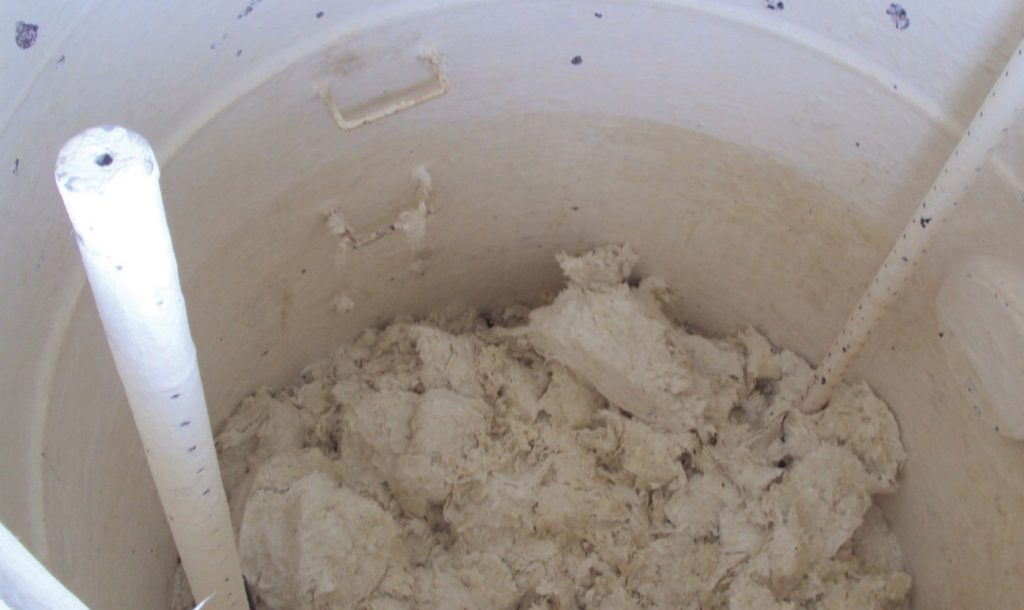 The company was founded in 2009 by Geetanjali Patil Choori, chief executive officer, Umesh Choori, president, and with Rohit Chalvade as the director. All three are engineers and strong leaders in executing technology collaborations and financing for utility-scale power plants. Geetanjali, who is the innovator of SharperSun product, has also innovated many products. She has developed a Solar Dryer using CST to dry fruits and vegetables to save agricultural produce waste.

Energy Guru has just launched a waterless robotic solar module cleaning system to save water in the solar power plants and reduce energy generation loss due to soiling. This product is being used by large solar developers like Softbank and Greenko in India.

CST has great potential in India. However, indigenisation is much needed, as demonstrated by Energy Guru SharperSun. Many power plants running under capacity due to the lack of coal, can integrate CSP into their plants. n

Based on inputs from Geetanjali Patil Choori, Energy Guru SharperSun