Given the increasing popularity and applicability of renewable energy, wind and solar are no longer alternative sources of energy. They are now classified as mainstream energy sources. At present, the global installed solar capacity is over 81 GW, which is expected to reach 122 GW by 2022. According to Bloomberg New Energy Finance, solar will dominate new capacity additions globally by 2020, and it will bring in $3.7 trillion in investment during the period 2020-40.

As solar photovoltaic (PV) is becoming cost-competitive across the globe, there is an increasing burden on electric grids that were designed for one-way power flows and centralised sources of generation. The rise of intermittent solar is creating both challenges and opportunities in terms of grid management, especially when multi-phase string inverters are used.

The falling prices of solar and the growing awareness of its benefits have led to the growth of large solar PV projects across the world, thereby leading to a growth in the use of multi-phase string inverters. String inverters are already dominating many global inverter markets including China. The use of string inverters in large-scale projects in the US is expected to grow more than fourfold in the next five years.

According to a research conducted by Greentech Media, the world’s power system has started transitioning from fossil fuels and central generation to cleaner and more distributed models. Therefore, the uptake of string inverters will continue to grow. This report extract examines where the solar-dominated countries stand on the way to a smarter, more connected and cleaner future and what is the role of string inverters in providing robust grid management services that are critical for taking them closer to their goal.

In 2016, 34 GW of solar PV capacity was installed in China, a more than twofold increase from the 15 GW added in 2015. While this explosive pace of solar development is expected to slow down over the next few years, China will continue to be a world leader in installed PV.

String inverters have a dominant position in the world’s largest solar market. String inverters are used in more than 40 per cent of the solar projects installed in China. They are largely used in the country’s utility-scale market.

Besides new installations, these are retrofitted into existing PV plants that are transitioning from central inverters to string inverters. In China, developers have been attracted to string inverters for many reasons, including their ability to provide the required grid support. 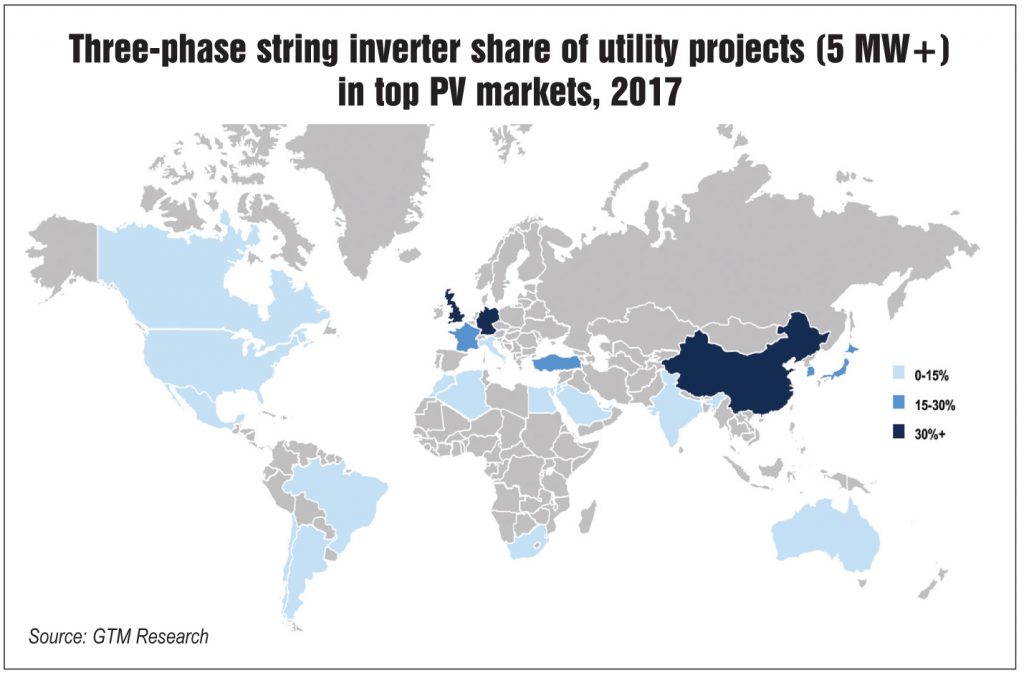 String inverters are also being deployed by project developers and grid operators in important markets apart from China such as India. The country is currently experiencing a large boom in solar projects as it seeks to build 100 GW of solar in the coming years.

India’s power grid is characterised by rapid fluctuations in voltage and frequency, and high levels of harmonic content. This translates into a weak grid connection and low power quality. In this scenario, string inverters can be deployed to provide support to the grid.

With this configuration, the inverters are able to automatically adapt and adjust to grid fluctuations in a way that improves not only grid stability and safety, but also the generation capabilities of PV plants.

In the US, the grid may not face the kind of harmonic challenges present in India, but there are formidable challenges due to a patchwork of jurisdictions overseeing the US power system.

In the US, there are a number of standards and requirements published by national bodies such as the Federal Energy Regulatory Commission and the North American Electric Reliability Corporation (NERC), as well as individual states and utilities. There are also voluntary standards developed by organisations like the Institute of Electrical and Electronics Engineers.

For example, to ensure that large solar plants are not disconnected from the grid, the NERC requires inverters to provide a certain level of voltage and frequency ride-through capabilities. In addition, it requires inverters to deliver reactive power support up to 0.95 power factor. The largest solar PV market in the US is California, which is a leader in regulations governing the interaction of solar projects with the grid. Recent regulatory activity in the state has focused on revising the California Public Utilities Commission’s Rule 21.

Rule 21 was first revised in 2013, when the state started grappling with the issue of incorporating increasingly large amounts of solar in a way that benefited the grid, project developers and energy consumers. The role of inverters was underscored by the Smart Inverter Working Group in California, which was formed to study how advanced inverter capabilities could be effectively meshed with not only grid codes and interconnection standards, but also industry and safety standards. 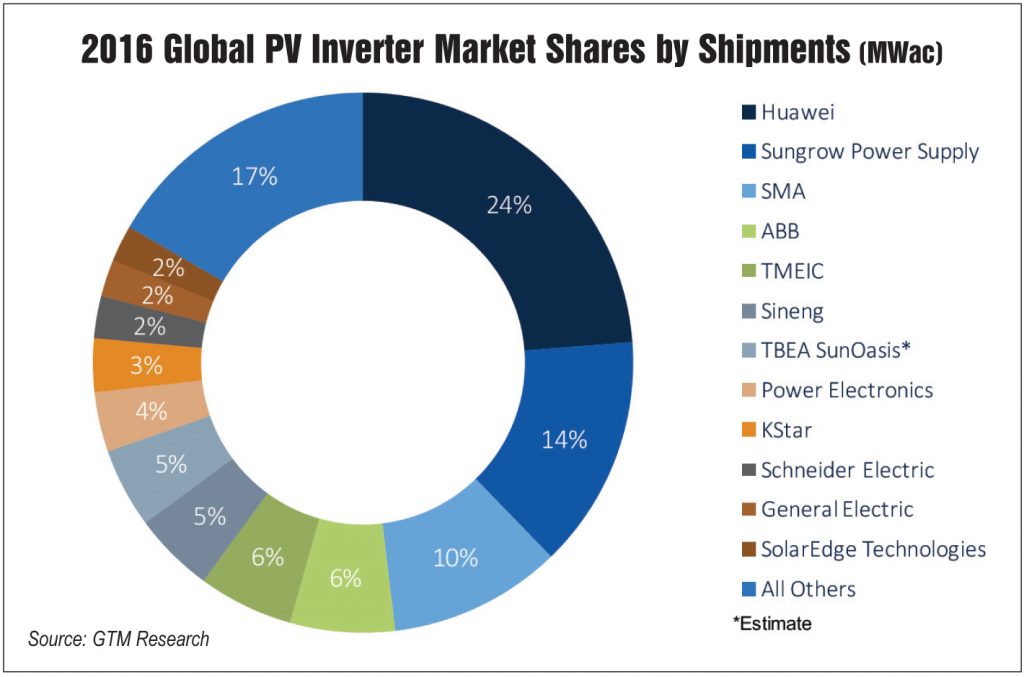 Following this, Rule 21 was revised that required new inverters to be outfitted with a series of grid supporting autonomous functions, including low voltage ride-through, low- and high-frequency ride-through, volt per VAR controls and ramp-rate requirements. The future phases of Rule 21 will mandate new communications capabilities, dynamic controls and improved despatch.

California is not the only state emphasising the role of smart inverters in providing grid management support. In 2017, the Hawaii Public Utilities Commission (PUC) approved a plan proposed by the utility Hawaiian Electric to achieve 100 per cent renewable energy by 2045. Through various iterations of its proposal to the PUC, the utility highlighted the importance of inverters in achieving a clean energy future, where grid stability is maintained.

Going forward, with increasing solar adoption, the uptake of string inverters is also going to increase. Further, the demands of PV power plant owners and grid operators for inverters would expand rapidly if projections of growth in installed solar capacity are met or exceeded.

This article is based on a Greentech Media white paper, “How String Inverters Are Changing Solar Management on the Grid”