The Solar Energy Corporation of India (SECI) has issued a letter of award to Torrent Power, a Gujarat-based company for the development of a 300 MW wind energy project in Karnataka at a tariff of Rs 2.94 per kWh.  Further, a 25-year power purchase agreement (PPA) for the power supplied by the proposed project has been confirmed. The project is expected to be completed within 24 months following the PPA’s implementation. The project is expected to cost Rs 26 billion.

Recently in February 2022, Torrent Power entered into a share purchase agreement with Blue Diamond Properties and Balrampur Chini Mills to acquire 100 per cent of the equity share capital of Visual Percept Solar Projects, a special purpose vehicle. The purchase price is estimated to be Rs 1.63 billion.

In September 2021, Torrent Power signed a share purchase agreement to acquire 156 MW of wind power projects for about Rs 7.9 billion from Surya Vidyut, a subsidiary of Chamundeshwari Electricity Supply Corporation Limited (CESC). Torrent Power has acquired 100 per cent of the share capital of Surya Vidyut Limited from CESC Limited, Haldia Energy Limited and other nominal shareholders. 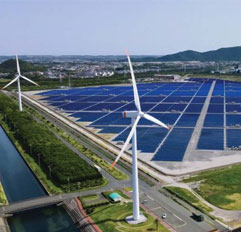