Established in 2017, Volttic provides complete end-to-end electric vehicle (EV) charging solutions, including chargers that are integrated with an in-house cloud-based mobile application, and installation and maintenance services for installed chargers. The company follows the invest-own-operate business mo­del, and recently it started operating under the franchisee business model as well. Through this model, different players looking to invest in the EV charging infrastructure are being onboarded.

“We operate over 400 EV charging stations across major metropolitan cities including Bengaluru, Chennai, Hyderabad, Delhi, Gurugram, Noida, Jaipur and Mumbai. Slowly, we are also expanding to other capital cities, and then in a phased manner we will expand to Tier-2 and Tier-3 cities. Our target for the next five years is to have a network of 10,000 charger points,” said Varun Chaturvedi, founder and chief executive officer, Volttic, at Renewable Watch’s Virtual Roundtable on Electric Vehicle Supply Equipment. He added that, apart from expanding the network of EV charging stations, the goal is to improve the utilisation of chargers so as to make the business model more viable and sustainable, for which the maturity of the entire ecosystem will be key.

Volttic works in both the home charging and commercial charging spaces. Cur­r­en­tly, the company’s target segments are B2B and B2C fleet operators. For this segment, previously they had been serving four-wheeler fleets but are now also tapping the three- and two-wheeler segments, which require fast charging facilities. In the home charging space, the company deploys slow chargers and has tie-ups with several real estate companies and hotels. The chargers are located at convenient places, keeping in mind the range of EVs and how long it takes to charge them. These locations are primarily in corporate offices and hubs for fleets, but there are also some roadside chargers. Going forward, the company plans to launch bus charging stations.

According to Chaturvedi, in a city, there are multiple ways of charging such as home, workplace and commercial, but it is captive charging that is witnessing the initial uptake. Therefore, as the volume of EVs increases, the demand for captive slow ch­argers will also increase. This is especially true for four-wheelers, because for smaller EV segments there are portable chargers that can be put into any 5-10 ampere socket. “Within the city we are not looking to deploy high-capacity fast chargers but instead focusing on home and captive chargers. On an average, within a city, an EV may travel 30-40 km. These users therefore can charge their vehicles either at home or at the workplace. A big positive is that many corporates are now looking to dep­loy EV chargers. Of course, for highways, fast charging is needed,” says Chaturvedi. Some of the corporate clients of the company include J.P. Morgan, HP, Fidelity, and McKinsey & Company.

Key challenges include the low utilisation of public chargers, the complications of working with discoms that regularly chan­ge the rules and regulations, and issues with availability of real estate and power infrastructure, according to Chaturvedi. “A positive development is that the government, in the revised guidelines for EV ch­ar­­ging infrastructure, has clearly mentioned that land available with the government or public entities will be provided to install public charging stations to a government or public entity at the base rate of Re 1 per kWh. However, challenges rema­in in de­veloping charging infrastructure on private property,” he remarked. Another challenge is high rent. The high cost is ultimately passed on to the end users. For a captive charging station, power is easily available, and therefore a charger can be set up in just a week. However, commissioning is delayed wherever a discom’s approval is needed. “The discoms ask us for a lot of documents and have their own processes to follow as well. We ultimately end up spending more than a month to set up a charger,” he adds. In addition, a large number of charges, such as fixed demand charges, duties and taxes, need to be paid, increasing the tariff and the risk of disincentivising consumers from shifting to EVs.

Mishandling of assets is another key challenge, as all chargers are unmanned. To so­l­ve this issue, training and proper displa­ys are important. Another disappointment for private charge point operators (CPOs) has been the fact that they are not eligible for subsidies for setting up charging infrastructure unlike state-owned companies. Going forward, private CPOs do not expect to receive subsidies from the government, and have to plan their business model ac­cordingly. “Going forward, the industry ne­e­ds to ensure that aggressive bidding in tenders is avoided so as to avoid making the ecosystem unviable,” he says. 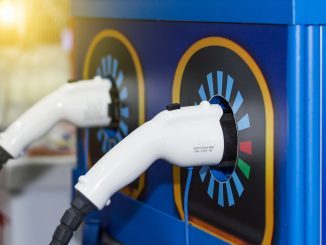 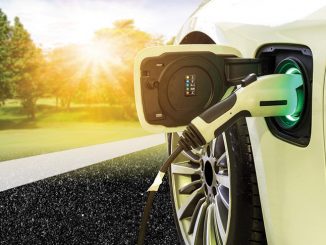 March 25, 2019
Europe achieved a significant milestone of 1 million electric vehicles (EVs) in June 2018. This can be attributed to a 42 per cent growth in EV sales,...
More 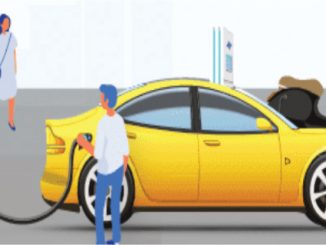