In February 2022, India surpassed 50 GW of cumulative installed solar capa­city. The country also added a record 10 GW of solar energy capacity in 2021, marking the highest 12-month capacity addition so far. Despite such encouraging numbers, several challenges loom large in the segment. Unlike many European markets that have promoted rooftop solar ins­tallations and decentralised projects, the Indian solar market has largely focus­ed on utility-scale renewable projects, with over 42 GW coming from ground-mounted sol­ar PV projects alone. About 7 GW of roof­top solar has been installed against the cu­­mulative target of 40 GW of rooftop sol­ar installations by 2022. A large capital flow in the segment has been limited to ut­il­ity scale. Moreover, as per the 17th Lok Sa­bha Standing Committee Report on Energy 2021, India requires Rs 2.61 trillion more in funding to achieve 175 GW of re­ne­wable energy by 2022. How­ever, over the past five years, the average annual in­vest­ment in the sector has been Rs 823 billion, far short of the actual requirement.

To meet the 2030 solar energy target, an average solar capacity of 30 GW is re­qu­ired to be installed each year, until 2030. The rising power demand in the country also calls for a robust solar energy segment. Among other factors, achieving the­se goals would primarily entail streamlining solar project solar project financing. Attrac­ting investments in emerging segments such as floating solar, solar heate­rs, decentralised solar solutions and hyb­rid projects is also crucial. Thus, interventions on both demand and supply sides need to be pursued in order to achieve the 2030 goals.

With a consistent policy push from the go­vernment over the past few years and sub­sequent reciprocation from the renewable energy industry, the solar financing se­gment has seen several developments over the past few months. In April 2022, Tata Power entered into a contractual agr­ee­ment with a consortium led by Black­Rock Real Assets, which includes the Mu­ba­dala Investment Company. A total in­vest­ment of Rs 40 billion will be made in Tata Po­­wer Renewable Energy Limited (TPREL), a subsidiary of Tata Power, in ex­ch­an­ge for a 10.53 per cent stake in TPREL in the form of equity/compulsorily co­n­vertible instruments, corresponding to a base equity valuation of Rs 340 billion. The State Bank of India and Tata Power Solar Systems have also collaborated on a fin­ancing scheme for commercial and ind­us­trial (C&I) solar projects up to 1 MW. The Surya Shakti Cell aimed at loan applications for solar projects, for installation in households and businesses, has been created under the partnership. The cell will work as an end-to-end digital platform for loan applicants who wish to finance solar projects.

In the same month, Shell Plc also bought Actis Llp’s Indian renewable energy platform, Sprng Energy, at an enterprise value of $1.55 billion. In March 2022, the In­ter­national Finance Corporation announc­ed financing of a 600 MW solar power park being developed by TUSCO, a joint venture between THDC India and the Utt­ar Pra­desh New and Renewable Energy De­velopment Agency. Funding of up to $26,800 per MW is expected to be re­ceiv­ed by the company.

Recently, Vikram Solar Limited, a solar mo­dule manufacturer, filed its draft red herring prospectus with the Securities and Exch­an­ge Board of India. An initial public of­fer comprising an issue of up to Rs 15,000 million has been announced by the co­mpany. In the same month, Avaada En­er­gy, a leading solar project developer, raised Rs 14.4 billion through green bonds in the Indian capital market at a rate of 6.75 per cent. The bonds have a three-year maturity period. This funding marks India’s largest AAA-rated green bond by any renewable energy developer. Having earn­ed the highest CRISIL ratings, the green bond issue attra­cted significant participation from banks and financial institutions.

In other developments, Adani Green En­ergy Limited (AGEL) extended its construction financing framework to $1.64 billion by raising a $288 million facility for its under-construction renewable asset portfolio through definitive agreements signed with a group of leading international len­ders in March 2022. The loan comes un­der the category of a certified green hy­brid project loan and will be utilised to finance a 450 MW hybrid portfolio of solar and wind energy projects being set up in Rajasthan by AGEL. The participating ba­nks include BNP Paribas, Coöperatieve Rabobank U.A., Intesa Sanpaolo S.p.A., MUFG Bank, Limited, Societe Generale, Standard Chartered Bank, and Sumitomo Mitsui Banking Corporation. In February 2022, Azure Power announced the succe­ssful refinancing of its existing project fi­nance facility of Rs 23.5 billion, which was used to build the company’s largest so­lar project of 600 MW.

Further, CleanMax received $34 million in funding from the Danish Investment Fund for Developing Countries. The funding will be used to enhance the company’s C&I re­newable energy portfolio with new solar, wind and hybrid projects lined up in India, Southeast Asia and the Middle East. In October 2021, the Indian Renewable En­ergy Development Agency also disbur­sed a loan amount of Rs 11 billion to Ve­ctor Green Energy, setting a record for the highest disbursement to a single group in one day. The loan will be utilised for six so­lar projects under Vector Green. At prese­nt, the primary sources of financing in­clu­de equity, debt and green bonds. Going forward, the market can expect in­novative instruments such as sovereign green bo­nds and blended finance tools for better risk management.

Despite a continuous impetus given to the solar industry by the government and in­dustry alike, the solar segment faces seve­ral challenges today. The foremost chall­en­ge relates to contracts, be it in terms of ti­mely payments from discoms or signing of power purchase agreements in time or th­reat of tariff renegotiation or uncertainties related to “change in law”. To build in­vestor confidence, it is critical that these issues are addressed, especially at the state level.

Another issue is associated with solar energy’s inherent nature of intermittency. Due to variability in power supply, standalone so­lar projects may not be optimal from the perspective of an investor. As a result, the­re is a growing need to tap into wind, solar-wind hybrid, battery storage and green hydrogen projects to attract greater investments in the overall renewable energy sector. Furthermore, the rooftop solar segment is constrained with certain bottlenecks that need to be addressed.

There also exists a lack of access to fin­ance, especially for small and medium en­terprises. In addition to facing a lack of collateral and poor creditworthiness, the­se enterprises lack awareness regarding the right model of funding and right institutions to approach. Therefore, allocation of a large sum of funds is skewed towards a limited number of large players in the market. It is also crucial to carefully analy­se the risks associated with a project and allocate such risks as per the risk-bearing capacity of each entity. Moreover, as the risk of a project is not stable throughout its lifetime, risk allocation must be monitored throughout the life cycle of a project.

While there is a paucity of investments in the sector, the report of the 17th Lok Sa­bha standing committee on energy states that the solar segment has also witnessed very low utilisation of the actual allocated funds. This is primarily due to the land-in­tensive nature of solar power, lack of ad­e­quate proposals received from state go­vernments and unviable tariffs. As a final point, it is essential to perform extensive en­vironmental checks to ensure the sustainability of solar projects. A focus on the disposal and recycling of solar modules and equipment will be significant in making solar power truly clean. While at present, the recycling and disposal market is highly fragmented and unorganised, this can be corrected using extended producer responsibility norms in the long run.

To meet the government’s goal of ins­tall­ing 500 GW of non-fossil fuel-based power capacity by 2030, solar energy is ex­pected to take the lead. If the above mentioned challenges are tackled effectively, given the current level of incentives, the segment will continue to attract fin­an­ciers and investors. In the coming years, it is crucial to not only ensure the provision of funds but also that these are channelled in the right direction.

Addressing the issue of stranded and non-performing assets in the thermal sector and undertaking due diligence can also boost a greater flow of funds towards re­ne­wable energy. The ESG (environmental, social and governance) norms are also expected to bring in more investments into the solar energy segment, with a key focus on decentralised solar solutions. More­ov­er, greater emphasis on tenders for wind-solar hybrid models and storage projects will mitigate the intermittency factor. As there are several risks attached to off-takers, it is crucial to avail of guarantees, pro­mo­te innovative credit instruments and di­s­­tribute risks effectively among various sta­keholders. Tapping into clean financing, in line with global standards, will also bo­ost international investors’ confidence in the Indian market. 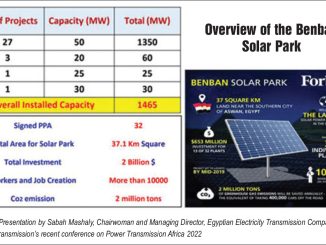 June 13, 2022
Egypt, one of northern Africa’s large­st economies and the most crowded country in the Middle East and North Africa (MENA) region with more than 10...
More 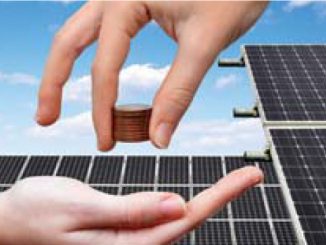