Solar inverters are a crucial component in the deployment of solar energy. These devices convert DC power flowing from solar panels to AC power, making the energy usable for wide-ranging purposes. Solar inverters can be uti­lised in a range of applications including tracking voltage, providing greater safety and reliability of power, grid-connecting communications, and load management during peak demand periods. Solar inverters occupy an integral place in industrial, commercial and private applications. The growing impetus on renewable energy, along with the falling cost curve of solar power, have given a significant push to the solar inverter market, globally. The emphasis on rural electrification, other government initiatives in this sphere and greater investment in renewable energy are also likely to fuel the solar inverter market.

Renewable Watch takes a look at the different types of inverters, key players and regions, and the expected future outcomes in the solar inverter market…

The solar inverter industry has been categorised into different segments based on product type, connection type, phases and application. By product type, the in­ver­ter market has been classified into ce­ntral inverters, microinverters and string inverters. By system/connection type, the industry has been divided into on-grid and off-grid inverters. New battery-based and hybrid solar inverters are also being de­veloped. These are a combination of off-grid and grid-tied inverters, which provide greater reliability by connecting to the grid in times of low sunlight or higher power consumption demand. By application, the market has been categorised into residential, commercial and utilities.

Statistics in the “Solar PV Inverter Market Outlook – 2030” report by Allied Market Research (AMR) indicate that by product type, central inverters held the highest market share in 2020, roughly amounting to 50.9 per cent. Amid the rising demand for central inverters, especially for industrial and utility-scale operations, this segment is likely to uphold its dominance during the next decade. Rapid adoption of renewable energy in developing countries such as India, followed up with increased construction of large projects, is also expected to increase the demand for central inverters in the 2021-30 period.

Going by connection type, the on-grid segment holds the largest share of the to­tal revenue. A major reason for this is the significant rise in investments for direct supply of electricity instead of electricity that demands battery storage. Further­more, on-grid solar inverters provide several advantages in terms of ease of installation, cost efficiency, easy energy feeding and better load management during pe­riods of high electricity demand. Such essential features are likely to allow the on-grid inverter market to maintain its do­minance in the coming years.

In terms of phase, the three-phase segment holds the largest share in the inverter market owing to the rising momentum of the power generation, transmission and distribution sector. Three-phase solar in­ver­ters are utilised in large PV power pl­a­nts and utility installations, which have been witnessing tremendous growth. This is expected to further fuel the demand for three-phase solar PV inverters over the next eight-to 10-year period.

In terms of application, utility-scale solar pl­ants, solar parks and related infrastructure have been witnessing a greater influx of investments. In 2020, the utility-scale se­gment held the largest share in the inverter market in terms of revenue.

As per the report by AMR, in 2020, the Asia-Pacific region held the largest share, in terms of revenue, in the global solar PV inverter market. The Asia-Pacific region is a hub of key players in the solar inverter industry, while also providing a huge consumer base. Despite a decline in the market amid the Covid pandemic, the region continues to be the centre of global de­mand. As per Wood Mackenzie, Ch­i­nese manufacturers Huawei and Sungrow remained the top manufacturers of solar inverters in 2020, followed by the German company SMA. The increasing number of infrastructure projects, ever-rising dema­nd for power, construction of large renewable energy plants, rising push for clean energy from governments, and falling co­sts of solar energy and its components are anticipated to further drive the growth of solar inverters in the Asia-Pacific region. The region, thus, is anticipated to hold its dominance in terms of its overall share in the market until 2030. The European solar inverter market, on the other hand, is witnessing relatively slow growth and is likely to maintain that pace in the coming years.

According to BRIDGE TO INDIA’s (BTI) “Solar Rooftop Map”, published in June 2021, the total annual rooftop solar ca­pacity addition in India over the 12-month period between July 2020 and June 2021 stood at 1,784 MW, while the total rooftop solar capacity reached 7,701 MW as of June 2021. Solis, a solar PV in­verter supplier based in China, emerged as the top in­verter supplier for the Indian rooftop solar sector between July 2020 and June 2021. The company had the highest market share of 19.12 per cent of the entire 1.74 GW capacity of inverters supplied. As per the BTI report, Solis was followed by Sungrow, another China-based inverter producer, which possesses a 14.79 per cent share. Delta, Growatt and Goodwe were in the subsequent positions with 13.11 per cent, 10.77 per cent and 8.10 per cent market share respectively. Com­panies such as SolarEdge, Polycab, Waa­ree, Livguard, Luminous, Fronius, St­at­con and Evolve also held on to their market shares, falling in the top 13 inverter suppliers in terms of market share in solar rooftop in India.

The solar inverter market is expected to witness greater development and growth over the next decade. This space can en­visage an upsurge in collaborations and strategic partnership deals in the form of mergers and acquisitions, business ex­pan­sion and new product launches. Stra­tegic investments may target greater rese­arch and development to further im­prove cost efficiency, while meeting the rising demand for inverters. The growth is also likely to be skewed towards emerging eco­nomies in the Asia-Pacific region, given improved policy and regulatory support, and the rising demand for clean po­wer from both the industrial and residential sectors.

Solar inverter market dynamics are also inherently correlated with the overall growth in the renewable energy sector. Given the rising demand for electricity and clean sources of power, the solar inverter segment is likely to grow significantly over the next decade. The increasing power consumption demand, alongside the rising middle class in India, is expected to exacerbate this demand further.

The cost competitiveness of renewable en­ergy sources and their components, es­pe­cially solar energy, has also been im­proving and is likely to improve further with the emergence of new technologies for manufacturing and operations. The increa­sing development of infrastructure and large green energy projects across the world, including India, shall also act as a major driving force for growth in the solar inverter market. While solar power deployments have witnessed higher growth in utility-scale, commercial and industrial applications, a fall in installation costs, gi­ven the rapid improvement in technologies, is also expected to increase the ad­option of solar power for residential applications, thereby expanding the inverter ma­rket. Increasing environmental cons­ci­ousness among the masses may also le­ad to greater demand for solar inverters as a means to reduce the carbon footprint. Thus, inverters are expected to continue their growth in the market as an efficient solution for reliable solar energy. 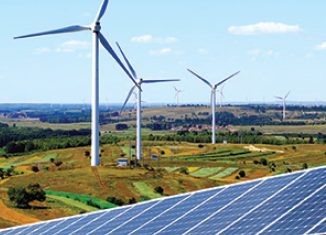 February 22, 2022
Ecoppia, an Israeli company that specialises in robotic cleaning solutions for photovoltaic solar, has announced the signing of a 400 MW hybrid projec...
More 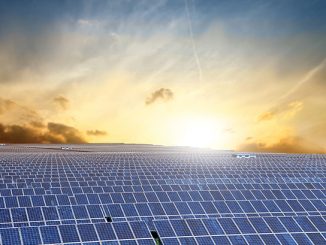